Fantasy Flight Games has 3 sweet new Reinforcement packs on the way – Help us Obi-Wan, this is going to be EPIC!

Borrowing a page from Westerns, it’s The Good, The Bad & The Ugly for Star Wars Imperial Assault! 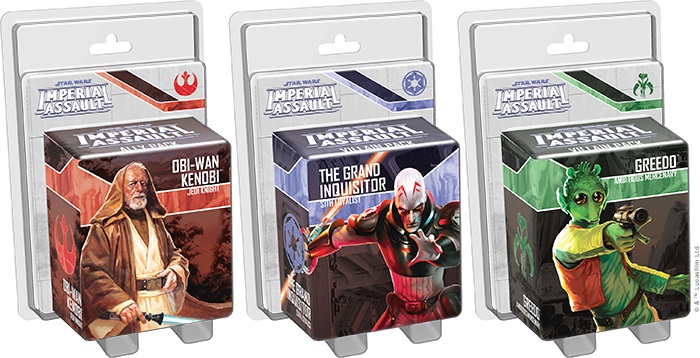 Since the beginning of Imperial Assault, countless iconic characters have entered the game through Ally Packs and Villain Packs. From the Darth Vader Villain Pack and Luke Skywalker Ally Pack included in the game’s Core Set, through iconic heroes and despicable nemeses like Han Solo, Boba Fett, Lando Calrissian, and General Sorin, you’ve had the chance to enter the Star Wars galaxy alongside some of the universe’s most beloved characters.

Now, you can grow your collection with three more recognizable figures, each of whom exemplifies his entire faction. The aged Jedi Knight, Obi-Wan Kenobi spent years watching over Luke Skywalker on Tatooine, and he now emerges from the shadows to join the fight for truth and justice once more. Against Obi-Wan, you’ll encounter the deadly power of The Grand Inquisitor, a dark side force user dedicated to eradicating every trace of the Jedi from the galaxy. Finally, you might take up your blaster with Greedo, a slimy bounty hunter who’s ready to employ any trick as he works for the Mercenaries of the galaxy. 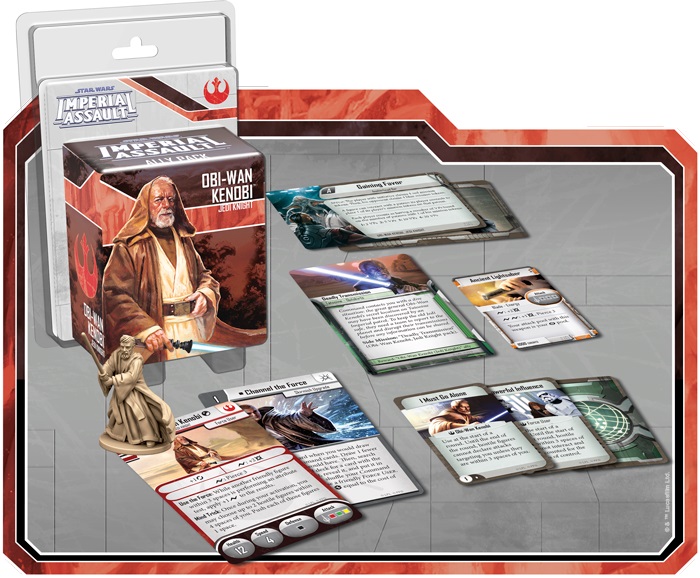 One of the only Jedi Knights to survive the destruction of the Jedi Order at the end of the Clone Wars, Obi-Wan Kenobi has been in hiding on Tatooine for nearly eighteen years. In that time, he guarded Luke Skywalker, keeping him safe from the servants of the Empire, but Luke has now left Tatooine to play a greater part in the galactic drama. Now, with the Obi-Wan Kenobi Ally Pack, you can bring Obi-Wan out of the shadows to aid the Rebel Alliance.

Obi-Wan Kenobi is a powerful Jedi Knight, and his mastery of the Force can be quite the boon for your Imperial Assault campaigns. Not only can Obi-Wan use the Force to trick your enemies into looking the other way, his figure pack brings a new Item card to include in your games: the Ancient Lightsaber . This weapon from a more civilized age may turn the tide of a battle in your favor, but you’ll need more than brute force to distract an Imperial patrol from finding Obi-Wan Kenobi in a new campaign side mission. 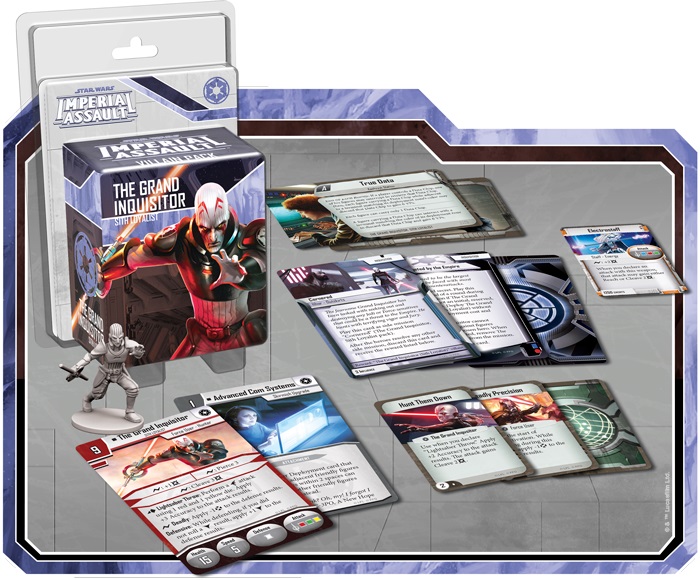 First introduced by the Star Wars: Rebels TV show, The Grand Inquisitor is one of the most feared villains of the galaxy. This Pau’an Jedi Knight turned to the dark side after the fall of the Jedi Order, and he now serves the Emperor by fighting to eradicate every trace of the Jedi from the galaxy.

Whether you play with The Grand Inquisitor in a skirmish game or face him in the campaign, his prowess with the Force and mastery of lightsaber combat make him a deadly opponent. He has a high health and speed, strong attack dice and surge abilities, and the option to throw his lightsaber as a ranged attack if necessary. What’s more, The Grand Inquisitor can do what no other figure in the game has been able to do before now—cut through his opponent’s dodge by spending a surge on the Deadly ability! 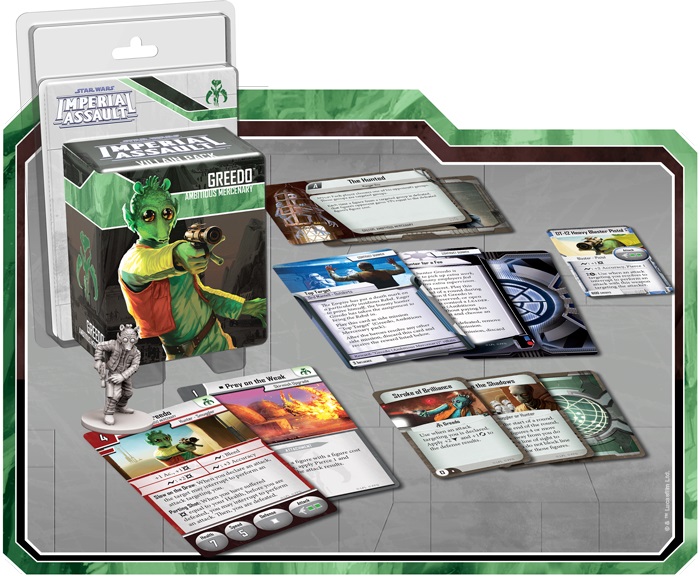 As a bounty hunter on the Outer Rim, Greedo has long needed to survive by his skills and his wits. Though he has a reputation for being slow on the draw, his price is cheap and perhaps best of all, he’s expendable. If you want a bounty hunter who can lead a group of hired guns in a desperate attack, you should certainly consider the Greedo Villain Pack.

Costing only four points to include in your army, Greedo might be just the bounty hunter you need to fill out your strike team. Losing Greedo won’t be a strong blow to your side, but until your opponent actually spends the attacks to destroy him, you’ll be able to do a significant amount of damage with Greedo. Two new skirmish missions included in this pack bring your strike teams into a fortified hangar bay, giving you the opportunity to use In the Shadows to sneak up on your enemies before they spot you.

For even more info on these 3 new Ally Packs be sure to read the full article from Fantasy Flight Games. These are some iconic characters from Star Wars so it’s great to get the chance to play with them on the tabletop in your Imperial Assault Games.

I got dibs on Obi-Wan!