What happens when a pure Astra Militarum force goes up against Titans? Things die – that’s what.

Kenny: So, for the set up, I think Gray set up poorly, he lined up his knights against Pask; if you don’t know what Pask does or respect him, he will wreck you. Of course, most people would think the knights are pretty durable and could take the punishment but they’d be wrong. The better match up would have been Pask versus the super friends, in my opinion.

Rob: A lot of people just don’t know what guard can do. They have a lot of tools; I see Wyverns, Manticores, Malacador Infernus which will put a hurt on some Thunder Wolves. Pask is such a swiss army knife when it comes to killing, like anything. 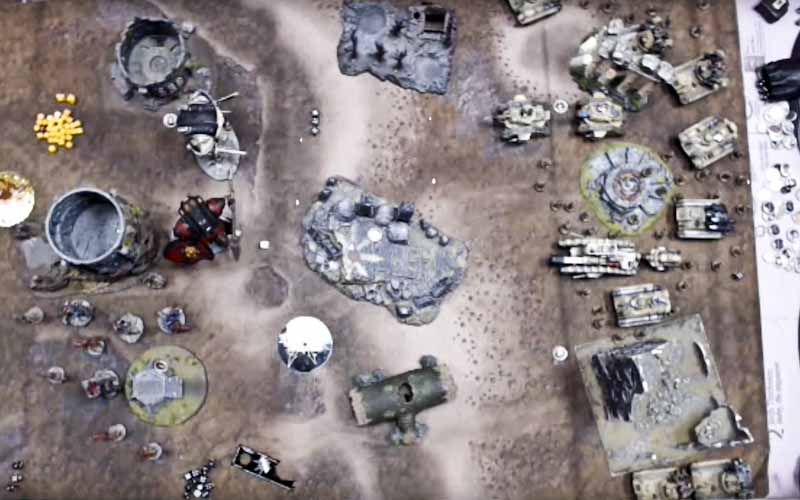 Kenny: Pask is good for 4 hull points on a Land Raider any day of the week. Now the Wyverns, literally one of the best infantry killers in the game zones in and goes for that Sanguinary Priest and takes him out. Another deployment mistake for Gray is that these Knight titans are close enough to each other, that the Manticore can hit the side armor and knock off two hullpoints right there.

Rob: Turn 2 Gray moves his army up, I see that he has a drop pod and I’d think he’d be going after those Wyverns in the backfield with his dreadnought. I would have also ran my Knights instead of shooting at them and just get danger close (24″) to Pask. 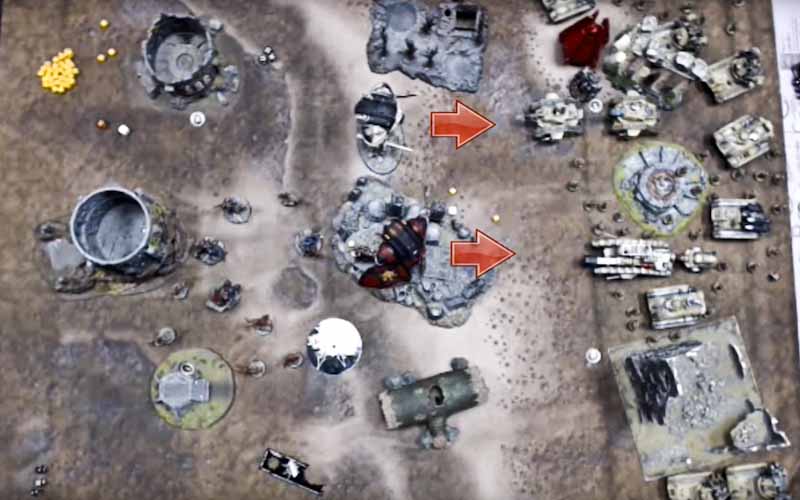 Kenny: yeah, he’s afraid of Pask so he’s going to try and get him, but he can’t interact with Pask really. But the mission does say kill something in the first turn and hold an objective so he’s trying to get on the scoreboard. In this mission any points you get you keep, it doesn’t matter who wins.

Rob: I think he can do some damage, he couldn’t get points because it’s a squadron.

Kenny: Unfortunately for Gray he wasn’t able to convert and now for Astra Militarium this is a target rich environment for them. They get to line up their shots and decide how they want to convert.

Rob: He should have protected his flanks a bit more, I think those knights should be up at the top of the board.

Kenny: I think he should have null deployed. You can see because of his deployment he’s going to pay and lose both his knights in round 2. He does have 10 jump pack death company marines in the rear. The Vulture took out the dreadnought. But he has to make a 10 inch charge or he might as well shake hands.

Rob: I think a 10 inch charge, with fleet, is really easy to make though.

Kenny: I agree, that’s what fleet is for, it’s there to take chances. He makes it in, he gets the Warlord and that significantly reduces Astra Militarums fire power. That’s a solid 50% of the damage he’s been taking. 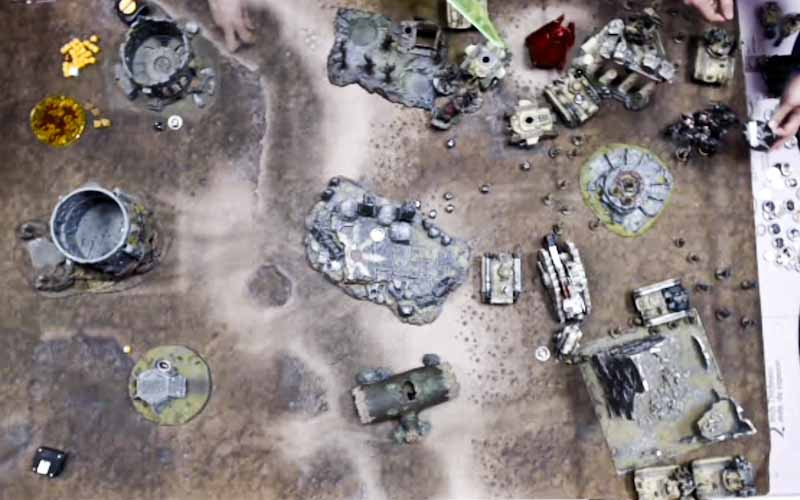 Rob: The Infernus can go over and take out that Death Company. But they’re going to build little bubble warps around it hopefully.

Kenny: In the next turn, Grey opts to split up the death star, go against the Imperial Guard in combat and then go after Malcador’s Infernus; which turns out to be a bad move. The thunder wolf loses in combat and then it’s the whole army against his one guy. Sometimes, you have to ignore what’s killing you and go after a different threat. This is not an impossible obstacle just bad deployment. 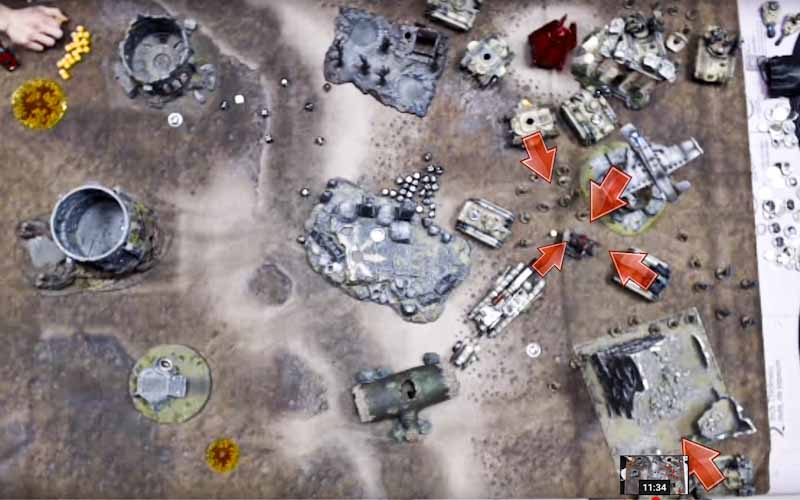 Rob: Just moving his knights and not stopping in the middle would have helped him out in the long run.

Kenny: He could have stayed out of range of at least half the Wyverns.

Rob: He would have lost his priest no matter what but he could have given himself a chance with better deployment.

Kenny: Exactly, he could have at least stayed out of 48” range of at least two of those Wyverns. He stayed in like a trooper and played it out.

For a full play by play break down check out the video below: