Take your first steps into a galaxy full of adventure with The Force Awakens™ Beginner Game!

…In the adventure that comes with The Force Awakens Beginner Game, you and your friends will determine the fate of valuable secrets lost during the Battle of Jakku. When a band of nomads searching the wastes of Jakku came across a wrecked New Republic corvette, they accessed the remains of its central computer and found evidence of something extremely valuable hidden in a secret vault somewhere within the ship.

However, because the rumors of this secret spread quickly across the desert wastes, they have attracted the attention of the vicious Strus Clan who intend to claim the wreck and its secrets for themselves. Now, as they threaten violence against the nomads, you will determine the fate of a decades-old secret formerly coveted by both the New Republic and the Galactic Empire… 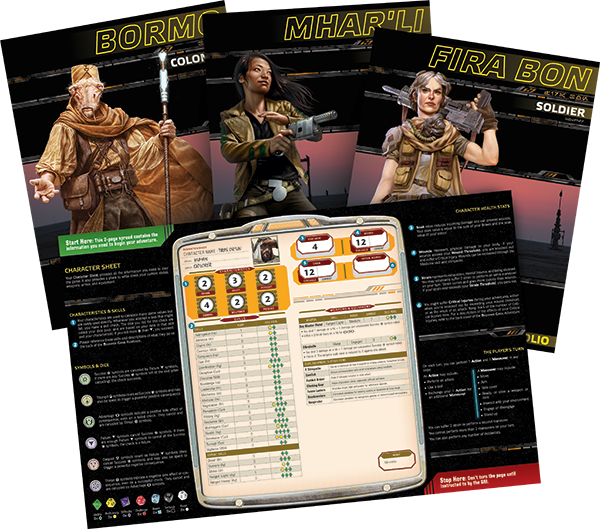 …The Force Awakens Beginner Game launches you into this character-focused side of roleplaying by allowing you to choose from any one of four different heroes. Whether you play as the veteran soldier, the ace pilot, the desert explorer, or the peace-loving Abednedo colonist, you step into the shoes of a fully realized person, complete with a unique history and skill set.

The Force Awakens Beginner Game is scheduled to arrive to retailers in the third quarter of 2016! 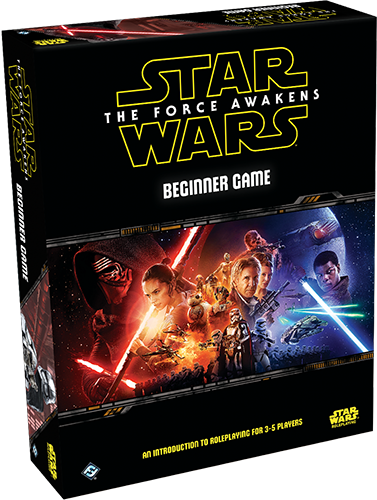 Set during the rule of the New Republic and just prior to the events of The Force Awakens, The Force Awakens Beginner Game contains everything you and up to four friends need to start playing your parts part in the struggle between the First Order and the Resistance.

Note: The Force Awakens Beginner Game is a complete, standalone introduction to the Star Wars roleplaying system shared by Star Wars®: Age of Rebellion™, Star Wars®: Edge of the Empire™, and Star Wars®: Force and Destiny™. Players interested in continuing their Star Wars adventures can do so through any of those fully compatible systems.