From behind the camera the beast has arisen, Robbie B, the 40k fat kid himself and Juice, are here with an Adepticon special battle report!

I’ll be piloting the Long War Special, the Rumble in this years Adepticon Jungle, the best heretical army, who painted up 4,000 points of Man Beard Painting Awesomeness. This army is being lead by an amazingly bad ass Archaon-Heldrake conversion, one of the most talked about pieces at Adepticon.

Lucius, the not so eternal, a fatty squad of customized cultists, 5 man terminators with chainfists and combi-plas, the Land Radier with dirge casters, Kharn with 3 mutiltors, cultists, another land raider, a bunker, and another massively talked about model this Khorne flavored Heldrake complete with chains and Khorne iconography. 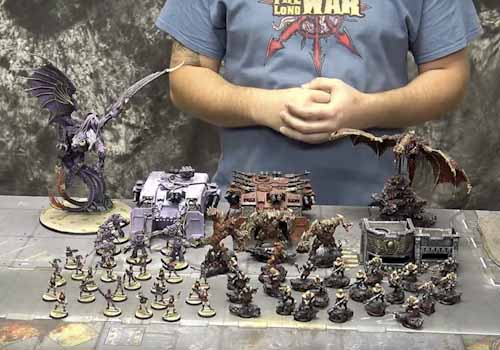 The Nemesis strike force is leading Astra Militarum into the fray. This is 40k, this is 2016, we’re of course bringing the Librarius Conclave lead by the most bestest Librarian, Tigurius. Draigo, a Storm Raven, and an imperial cad with chimera’s, stock vets, Pask with his punisher and a plasma-cutioner. Oh, and some amazing Ogryn’s painted by Max Dubois at Hellfire Painting and some ministorum preists. 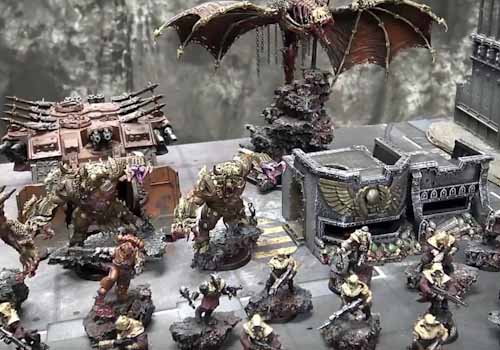 These Chaos and Imperial forces are in fact for sale and will be up for grabs so if you’re interested check them out over at Spikey Bits.

The Mission. We’re all about mixing new and old school. Dawn of War, Kill Points, and Secondary is end of game table quarters.

“Whoa, this isn’t how many long wars we can roll?”

“Yo, We’ve been talking about it so we might have to add that as a tertiary.” 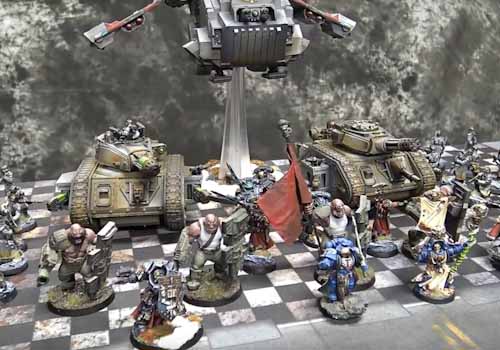 Objective Secured counts as full points, everyone counts as half points. 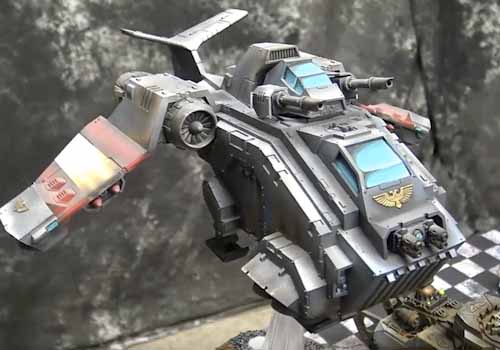 Kharn with 3 mutilators killed stuff but he was usually killed right back. Robbie B is familiar with half my list, he played it at Adepticon, it can do some work. Conversely, I too am well aware of Pask and the plasma-cutioner fury that will be roaring from those tanks. I know the Conlcave work that can be done with. Plus, OP Robby B, is bringing those Ogryns. 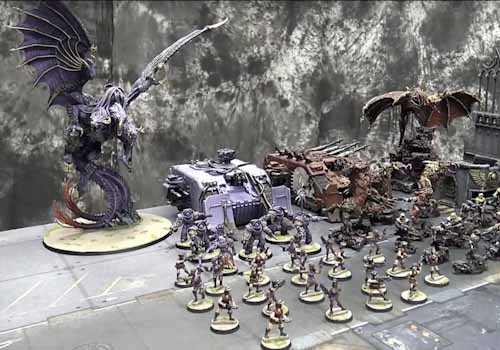