Can a Space Marine Gladius Rein in the Eldar?

It’s Space Marines time to shine in an objective mission against the speedy Eldar.

Which army do YOU think will come out on top in this war of attrition! 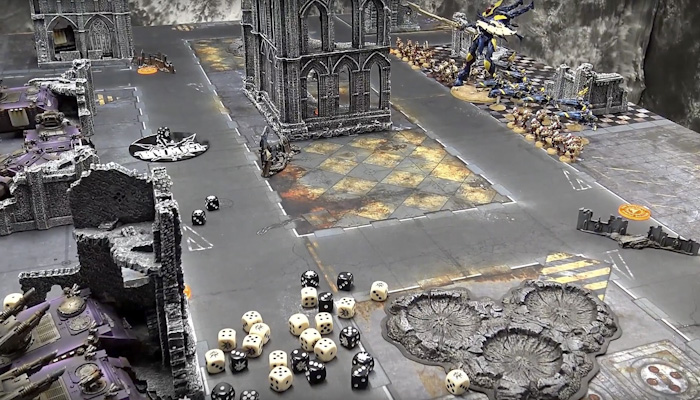 If you’re ready to dive into this battle report, want to army list break down, or looking for some jokes, we got them in the video. Also, as always there’s a plethora of insight into the decisions being made on a unit-by-unit turn-by-turn basis that would literally take days to bring to you in the written form.

So, hit the link and enjoy the show.

Can the Space Marine Gladius Rein in the Eldar?

Also, a quick note on the terrain, it’s made by Game Mat.eu and it’s amazing and durable; oh, and it now includes fillers so that you can make LOS blocking terrain. It’s a 9 piece set for about $150 USD. They’re definitely worth a look.

The quick and dirty, we’re playing Dawn of War, 5 objectives, 3 points each at the end of the game. The Eldar are able to pop plenty of Rhino’s but there’s not really enough of them to combat the overwhelming numbers of objective secured untis the Gladius is able to bring to the field. 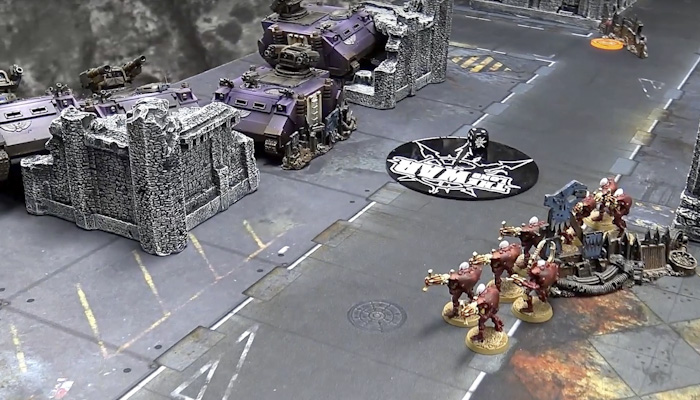 The Eldar bring the fight and take some Rhino’s. 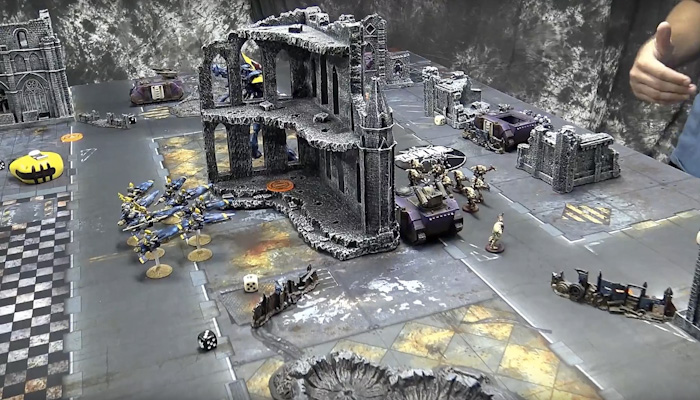 The fight quickly begins to spread out all over the battle field. 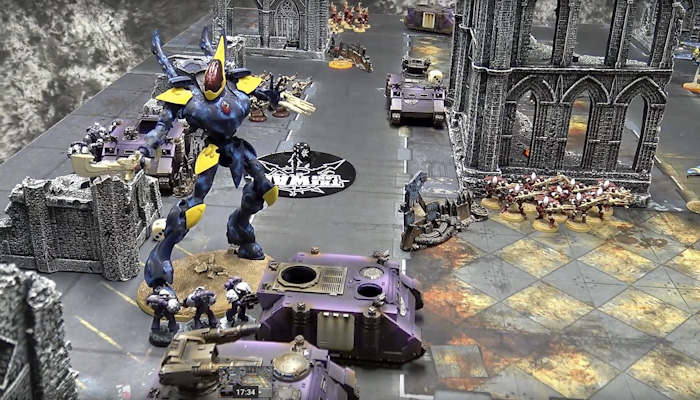 The Eldar of course are able to keep up. 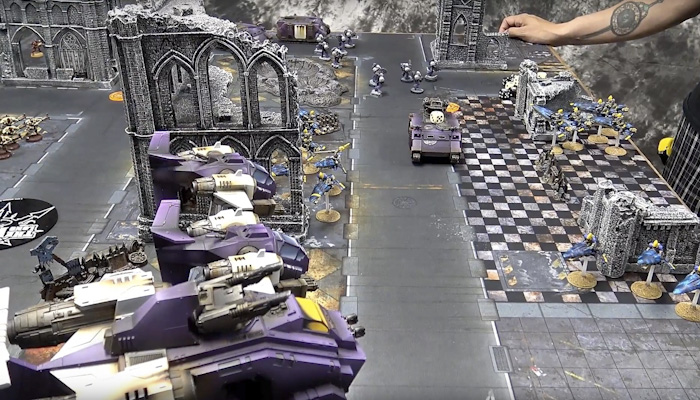 The Air Force arrives and proves to be a menace to the Elder while they drink orange juice in the hood.

Who are you rooting for?

Why Do You Play 40k? Playing For More Than Prizes. – Long War Podcast Episode 57