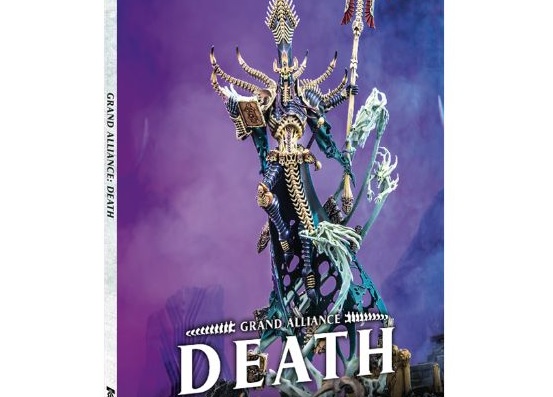 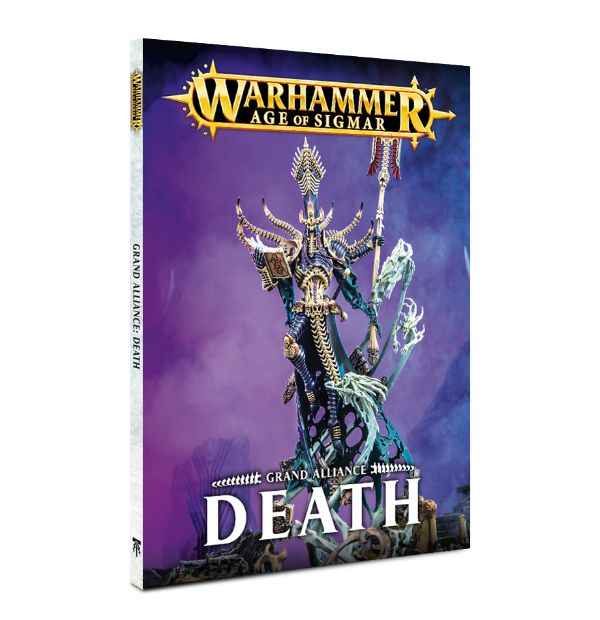 The Death Grand Alliance book is the second Age of Sigmar alliance book covering all of the Death forces. So how does it fare?

I’ll get the most obvious thing out of the way first. Yes, I am super disappointed that the Tomb Kings were not included in this. Do I think they should have been in it? Yeah, probably. To me the quasi-Egyptian theme of the TK was more unique and trade markable then the generic Transylvania undead of the Vampire Counts. I do feel like any new Undead units coming out will be completely different from either force though. They will most likely be more in line with the Morghasts and Nagash, which is already a blend of the TK and VC aesthetic to start with. So, even if the TK don’t come back in some form in the future, I’m sure any new Undead units wouldn’t look out of place beside them. Having said all of that, I will be reviewing and judging this book based on its own merit, not on the fact that my faction got left in the dust (ba-dum tish!).

The book itself is pretty slim with only 80 some pages in it and is soft back instead of hard cover. It’s only $16.50 though, which pretty much means there is no reason not to buy it. The cover features a shot of the Nagash model, just like the Chaos one had Archaon. I do wish they had stuck with artwork for the covers, but the Nagash mini does look great on it, so I can’t really dock them any points there. It almost feels weird holding a soft cover GW gaming book again after so many years of only hardcovers. I like it. I wish they released all of their books with a soft cover and hardcover option actually. 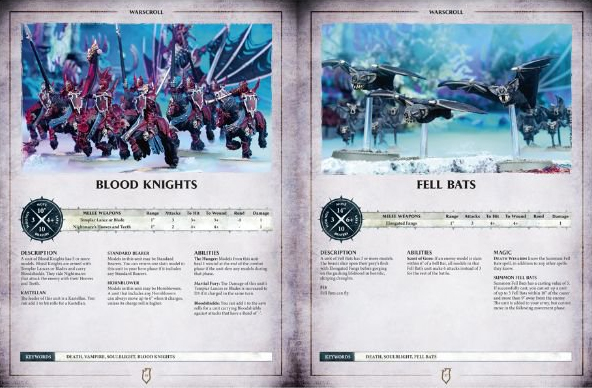 The contents of the book is almost purely warscrolls and it covers every unit from the VC army faction, yes, even those ugly Fell Bats. The presentation on each warscroll is fantastic, as we have come to expect from GW. I really like the death page topper motif they created as well, with the skull and bone tentacles.

The Vampire Counts have been broken down into eight different factions. The Deathlords comprise of Nagash, his Mortarchs and their Morghasts. Essentially all of the new models from the End Times release. The Soulblight Vampires have most of the vampire units, including bat swarms. The Varghulf however, got moved over into the Flesh Easter Courts faction, which has all of the ghouls units. This faction catches my attention the most, mainly just because it is still undead, but a lot more fleshy them my Tomb Kings. It would provide a nice change in pace and let me expand my forces into the Grand Alliance a bit. 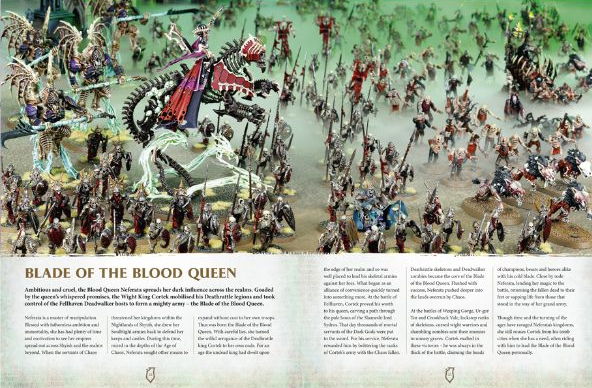 The other factions are the Deadwalkers, aka zombies; the Deathmages, which are the Necromancers; Beasts of the Grave, which let you take a riderless Terrorgheist or Zombie Dragon; the Deathrattle Legions, all of the skeletons, and the Nighthaunts which are all of the ghostly units.

Each faction has about two pages of lore attached to it, giving you a basic overview of what they are about in AoS. Most of them also have a sample force with a beautiful army shot as well as a bit mroe lore for that specific army. Accompanying all of this are some new pieces of art, some recycled from previous books, some new to AoS. I really enjoyed reading all of the lore, even though they were pretty short pieces. I’m sure all of this will be expanded upon more when these factions get their own Battletomes, but until then this at least gives us a starting point for these forces. 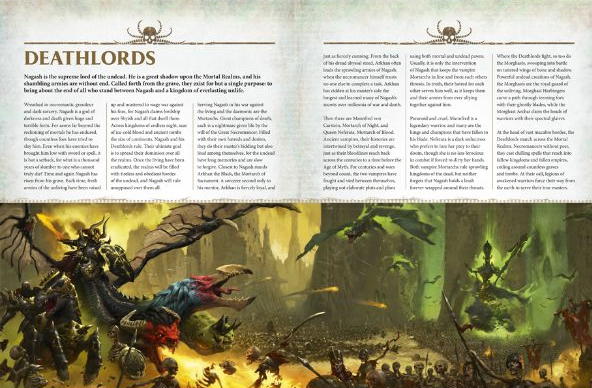 Sadly, the only battalion included in this is one for the Deathrattle Legions. I would have liked to see a few more battalions since they really help give you direction and also a goal to aim for while collecting a new force.

All in all this is a terrific book, especially for the price. If you play Death in AoS, I would say it’s a must buy. For anyone else interested in the AoS lore I would still highly recommend it since it won’t set you back very far and it’s a great read. All of the mini photography, artwork, and lore are great pieces of inspiration for either new Death forces or just to learn more about the Realms and armies that occupy them.

It would have gotten a higher score with one or two more battalion formations included in it.