My last few crowdfunding articles have been very light on miniatures, but not this week. Besides a pair of board games, today’s Kickstarter highlights are all about awesome miniatures! Let’s kick things off with a pair of campaigns for you fantasy football fans.

Revenants vs Ancestrals by RN Estudio

Are you excited about GW’s plans to bring back Bloodbowl and want to get a head start collecting your teams? RN Estudio are currently on Indiegogo with a campaign to expand their fantasy football collection with two new undead teams. The Revenants consist of vampires and their thralls, while the Ancestrals are Egyptian-flavored skeletons and animal-headed humanoids. All miniatures will be made of resin and you can get an entire team of your choice for €80/$89 with free shipping. While you’re checking out the campaign, why not also stop by RN Estudio’s website for more miniatures? 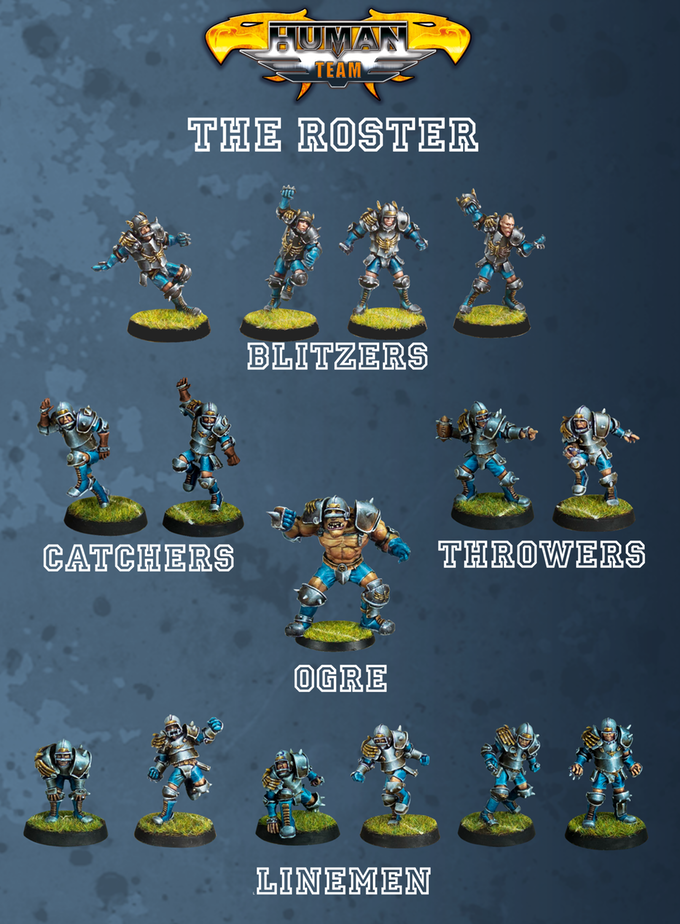 If the undead aren’t your thing, Willy Miniatures is back on Kickstarter with a new human team. In addition to a full roster of 14 humans and one ogre, your pledge will also include the unlocked stretch goals, like a cheerleader, custom dice, a coach, and multiple star players. The entire human team will cost you €90/$101 with free shipping. If that isn’t enough for you, Willy is offering their other models and teams as add-ons. 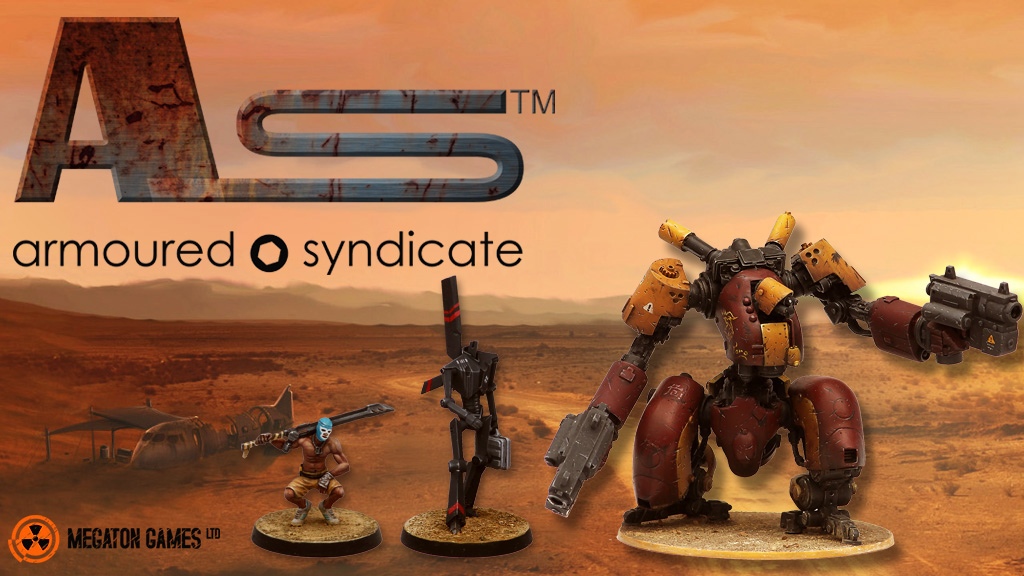 Megaton Games has taken to Kickstarter to fund the initial starters for their upcoming 32mm skirmish game Armoured Syndicate. Set over 100 years in the future, huge chunks of the western and southern US have been turned into deserts by climate change, and megacorporations rule the last remaining patches of hospitable land. The game uses unique cash flow system that allows you to get loans from a bank to call in remote assets like airstrikes, or even attempt to bribe enemies into joining your side. Armoured Syndicate currently features two factions as part of this Kickstarter, with more on the way. The Cuervos Muertos are a ragtag  mercenary gang operating in the wastelands of the southern US and Mexico. Contrasting with Cuervos Muertos’ improvised technology is Dromeda Corporation’s clean, professional hitmen and enforcers, where even the battle drones look like they are on their way to a board meeting. You can buy a starter for around £50-£58/$71-$82, and each includes a digital version of the current beta rules. Megaton Games plans to return to Kickstarter in December to fund the full rulebook. 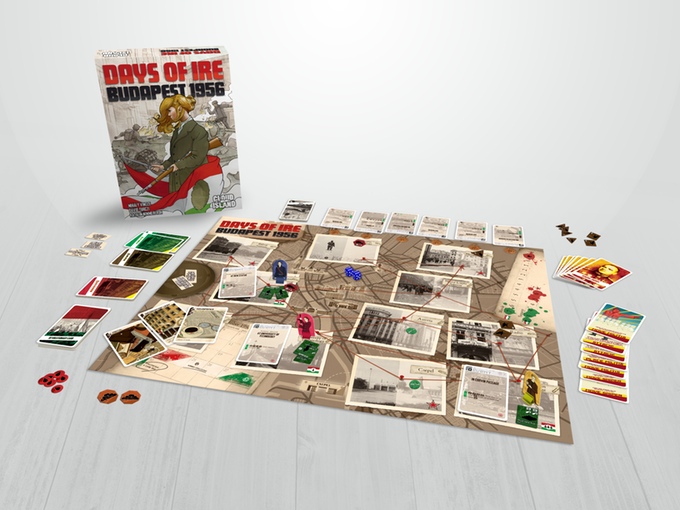 Days of Ire is a historical board game set during the 1956 Hungarian Revolution. Designed by the same team that made [redacted], the game is set during the worst week of fighting in Budapest. Revolutionary players will need to gather cards representing supplies and fighters to survive the various challenges presented by the invading Soviets. The game supports up to 4 players and can be played cooperatively where everyone plays as a revolutionary, or in a 1v3 format where one player directly controls the Soviet side. You can get the complete game and all unlocked stretch goals for $49. 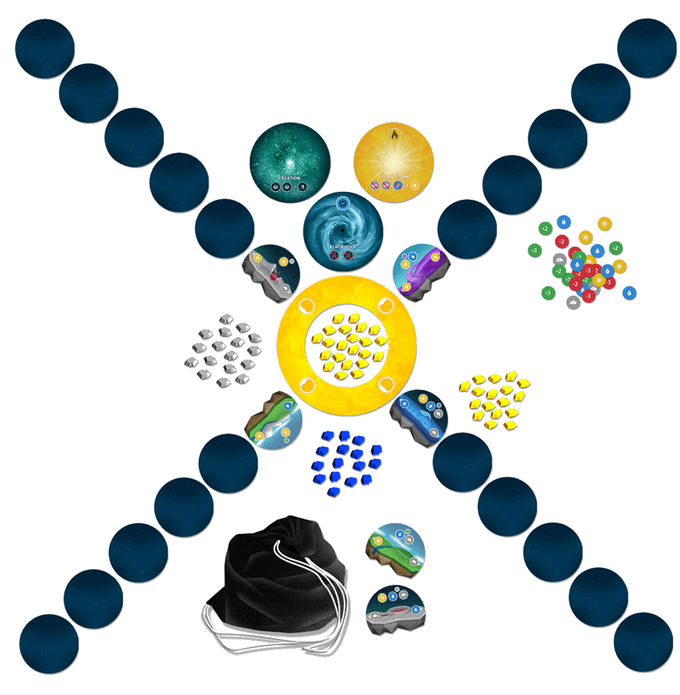 Exoplanets was successfully Kickstarted back in 2014 and has become a hit in the developer’s native country. Now, GreaterThanGames hopes to bring this popular Polish board game over to North America. Exoplanets is an interplanetary creation game where up to 4 players try to shape the direction of a budding solar system. Players compete to earn the most Creation Points by creating new worlds and terraforming them to allow life to flourish in the solar system. The complete game, with expansion packs and Kickstarter extras, will set you back $70 and includes free shipping in the US and Canada. There are some smaller pledges available too if you already own the original game and just want expansions and Kickstarter goodies. 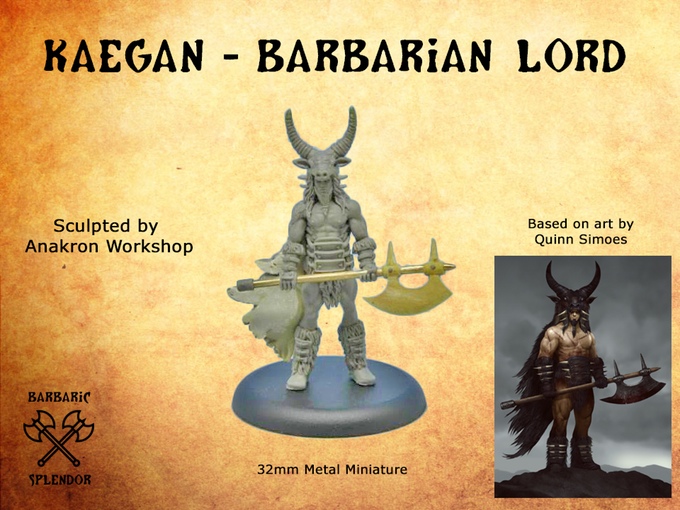 Barbaric Splendor is a new upstart miniatures company looking to create a line of 32mm metal barbarian miniatures for your favorite wargames and RPGs. Starting with an initial line of six barbarians (plus a Kickstarter exclusive freebie), the Kickstarter has since expanded with several additional models via stretch goals. You can get any single miniature for $7, with the mounted Orsa Stormbringer costing $14. There are several bundles available too, with all pledges of $21 and up including the free Hillman Chief Kickstarter exclusive miniature. 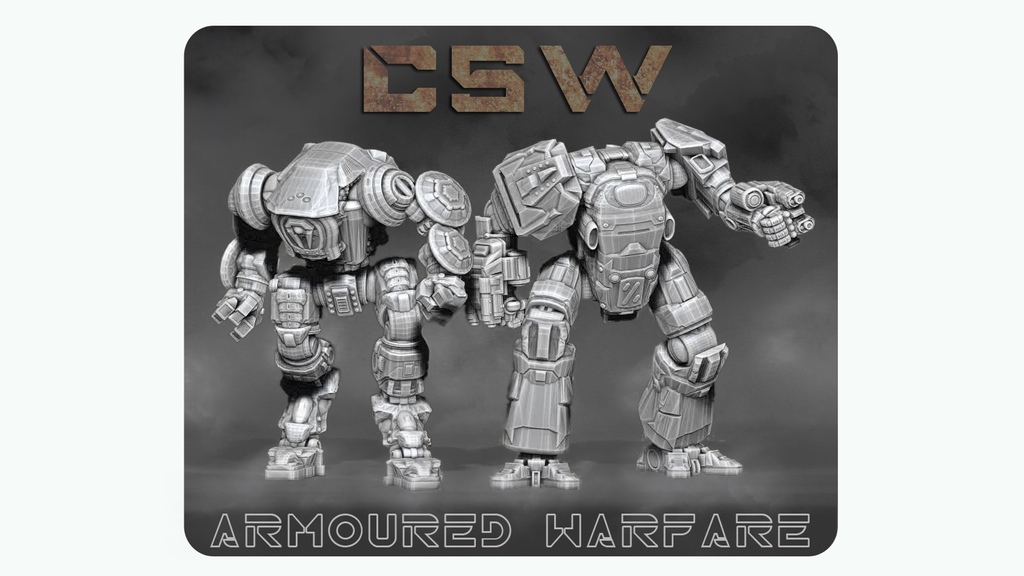 Armoured Warfare is a campaign by Vedra Games to expand their CSW sci-fi setting into the realm of 15mm miniature games, starting with a range of vehicles and mechs. The company has already produced a board game in the setting called CSW: New Horizons that can be purchased through this campaign in addition to the miniatures. The pledge levels don’t have any set contents, and instead just allow you to pick and choose whatever you want from the list of available “Tactical Assets.”