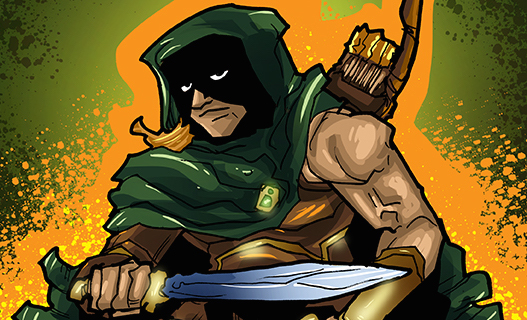 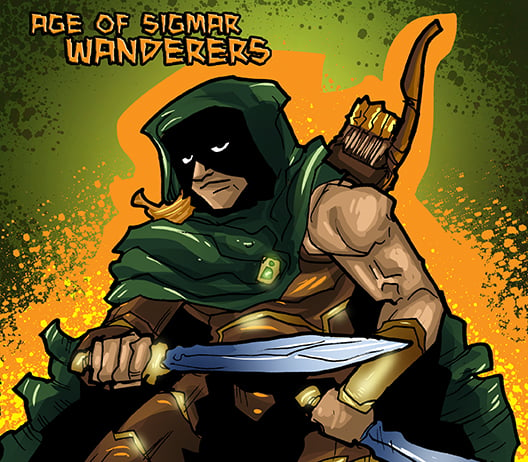 Reecius here from Frontline Gaming to talk about some of what I’ve learned in Age of Sigmar with my Wanderers & Sylvaneth Warband.

Hello all, Reecius here from Frontline Gaming to talk about some of what I’ve learned in Age of Sigmar with my Wanderers & Sylvaneth Warband so far. Be sure to check the Tactics Corner for more Age of Sigmar tips and tricks!

So now that I’m about a dozen games in with my Warband, I feel like I’m starting to get a good feel for how it plays. Wanderers are a finesse army for sure, they are fragile and don’t hit terribly hard in general terms (with a few notable exceptions) but they are FAST. They also have the inherent advantage of being a primarily shooting force in a game that definitely favors shooting over melee. I would LOVE to see some improvements to melee by increasing the number of models that actually get to swing in combat. In our games, big melee units can all get killed in a fight but cannot all swing. It creates situations where they feel like a bit of a liability. If you could swing with more models in a unit than just the first row or two, it’d be a bit more equitable. But, as it stands, you cannot. Therefore, shooting units that can fire at full efficacy–even while in combat–simply are more efficient than their melee counterparts. Perhaps with more experience that opinion will be overturned, but as is that is where our entire studio is at. 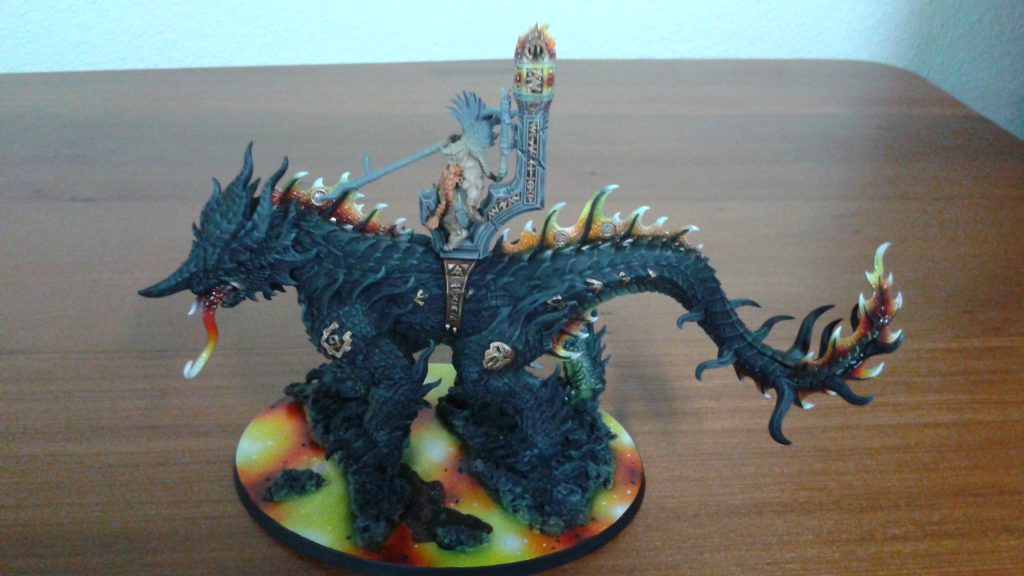 The notable exception to this of course, is monsters/characters. They get to concentrate all of their force into a single model and as such, get all of their swings in melee which means we see them doing more damage than entire units of infantry models. Again, a simple and easy fix would be to allow large units of models to swing deeper into the unit so you actually get to utilize more of the models in a squad, but, that is perhaps a topic for another article! 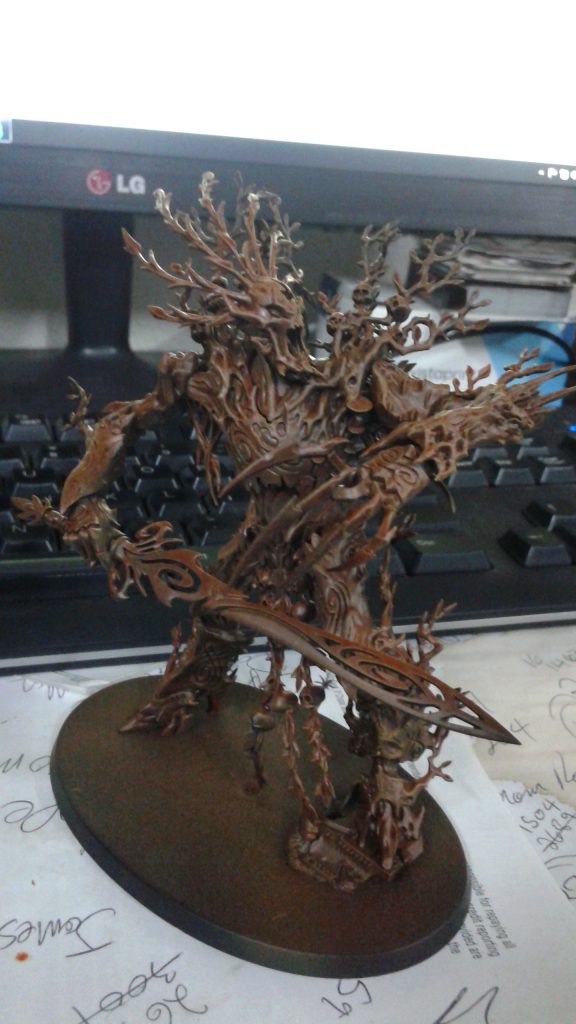 So, back to big monsters! I have been using one of my favorite models in our 50 wound games: Durthu…and WOW! He is a complete beast. Looking at the rumors of a 400pt price tag, I have to say that that is absolutely fair. He is just monstrous.

My first game with him he ate a couple of cannonballs to the face and was turned into Kindling with a quickness. I didn’t really understand how to use his Tree Singing ability and totally misplayed him. However, now I have the trick to using his abilities to maximum effect and he is a beast! 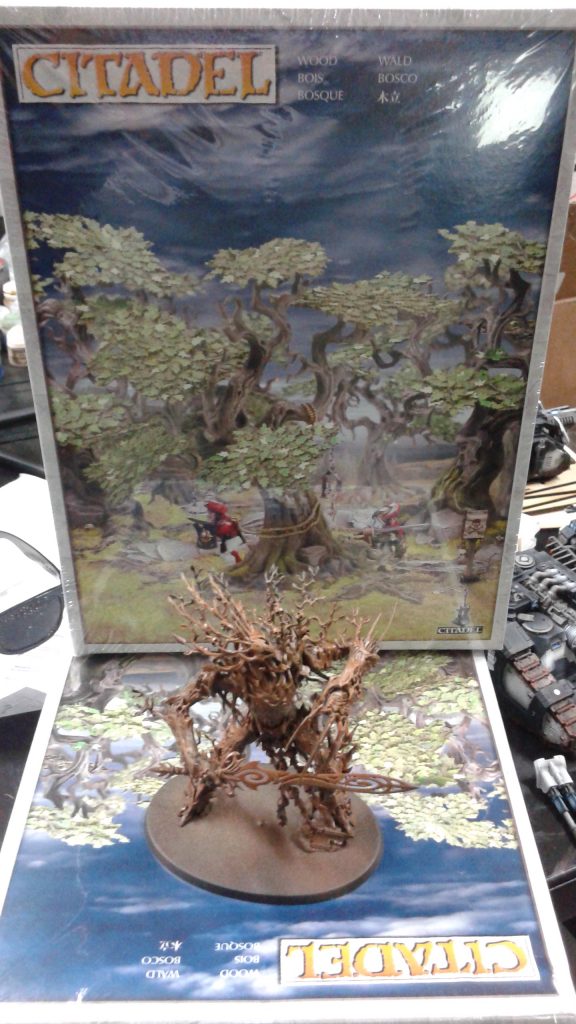 He’s slow as mud with move 5″, but when you use his ability to teleport from Sylvaneth Wyldwood to Sylvaneth Wyldwood, he becomes crazy fast. You just have to plan a few turns ahead to make it work for you. We used the South Coast GT guidelines for placing two Wyldwoods before deployment (minus their offensive abilities) as that felt fair to us. I place them along the middle line of the board to give me lots of options for movement. Then, I leave one corner of my deployment zone empty of all models so that Durthu can create a Wood in the Hero Phase in order to teleport to one of the central Woods on turn 2. Alternatively you can place one of the Woods in your deployment zones so you can start flying around the table on turn 1! First though, be sure to try and cast Shield of Thorns on him with Sisters of the Thorn as it allows him to reroll saves. While in the Woods, his save goes up to a 2+, which means only weapons with Rend or Mortal Wounds are going to damage him. As he pops up 9″ away from enemy units when teleporting, it is unlikely he is going to make a charge that turn, so he needs to max out his defense to survive the inevitable attention he will receive. This is a good example of why you really need the ability to deal Mortal Wounds in your army, even if just Arcane Bolt from a Wizard. In AoS, big nasty Monsters get weaker as they take damage, and especially Durthu becomes MUCH less potent after taking just 3 wounds. 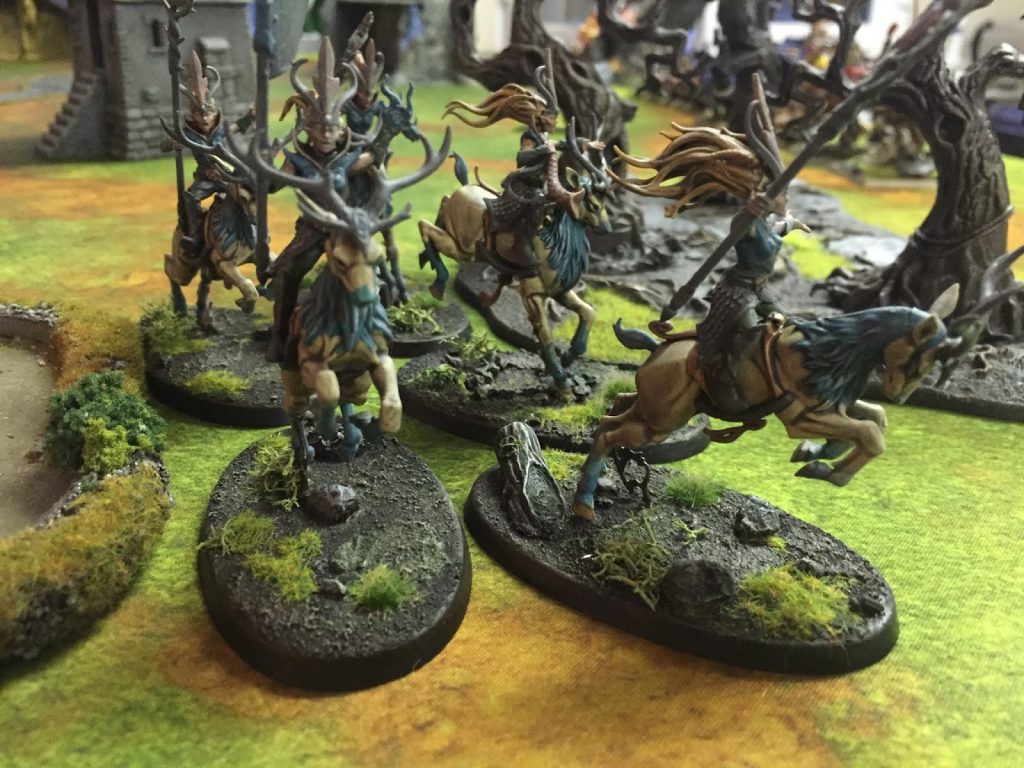 So, with Durthu in place to pounce on turn 2 or 3, and hopefully in range to blast a unit with his Lamentations of Despair, you have applied a LOT of pressure to your opponent. They either have to go all in to destroy Durthu, or move away from him and hope to stay away. Either way, you are imposing your will on the battlefield which plays to your advantage.

If Durthu goes into melee with 10+ wounds…wow. It is brutal to see. His Sword automatically does 6 wounds which is devastating. I had him destroy an 18 strong unit of Fyreslayers in a single attack! Not normal of course, but he just wrecks things. With his high save–particularly when buffed with Shield of Thorns–if the enemy can’t inflict Mortal Wounds they will struggle to deal with him. 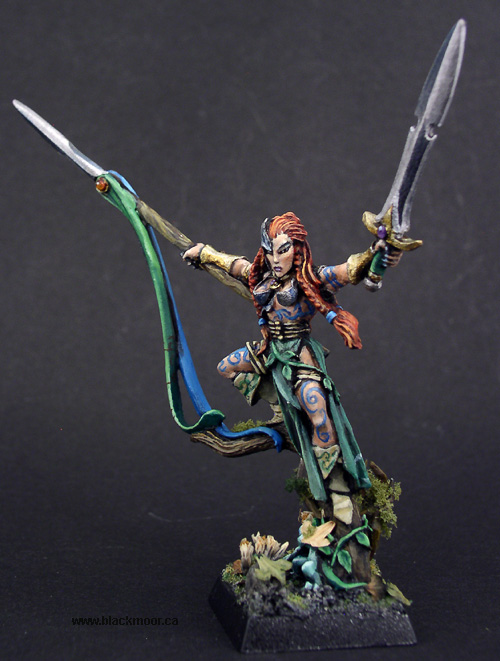 The other little bad ass in my army is this chieftain! The Shadowdancer is such an amazing support character. Formerly known as a Wardancer Lord, the Shadowdancer is pretty mild on her own being very fragile but with solid offense and speed, however, her spell is simply amazing. Bridge of Shadows is a 5+ spell that allows a unit of Wanderers to double their move and count as Flying…wow! You take an already fast army and double their speed and you get insane levels of mobility. I use it on Warhawk Riders and Glade Riders who can threaten nearly any part of the table with lightening speed. They don’t hit that hard, but they are awesome for move blocking and hunting Wizards, MSU shooting units as well as artillery. 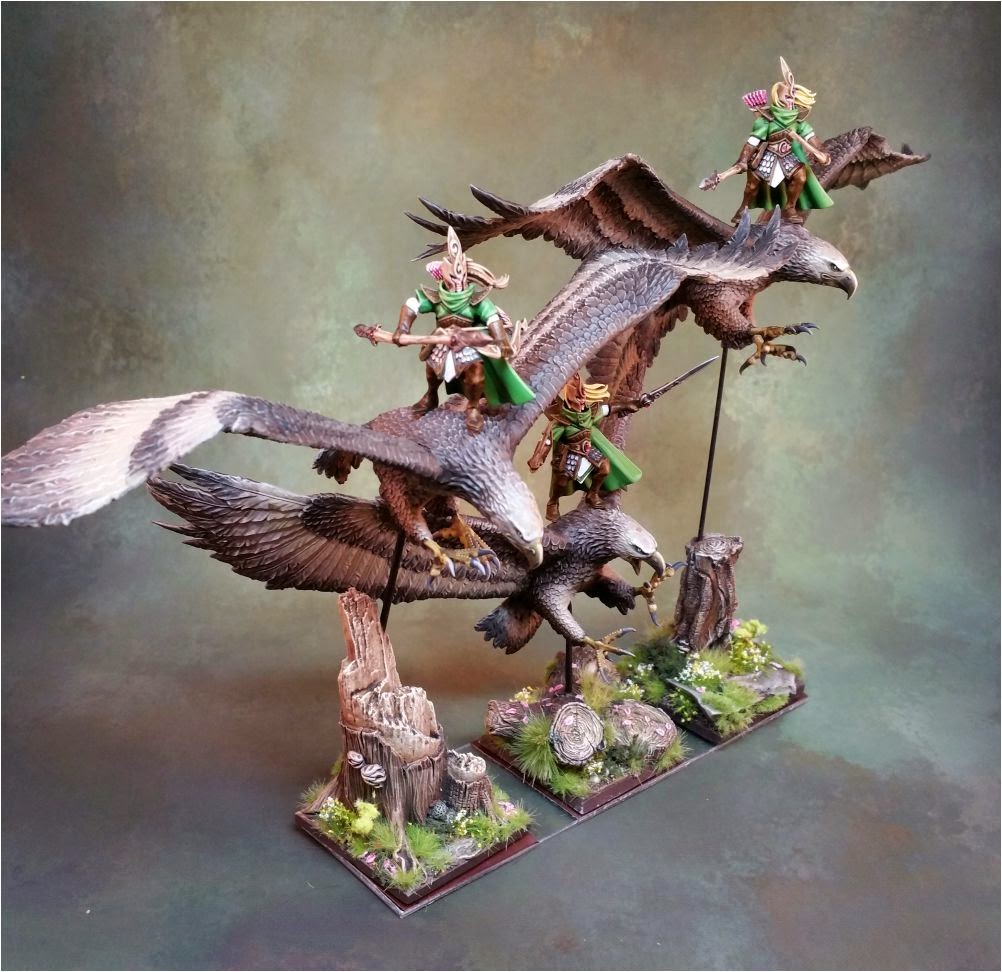 Lastly, Waywatchers are just mean! With tons of shots or 2 wound shots, defensive buffs and more, these guys are incredible! Worth every point, I take 2 units of them in every army I play. They have never let me down and my opponents always make them a high priority target. 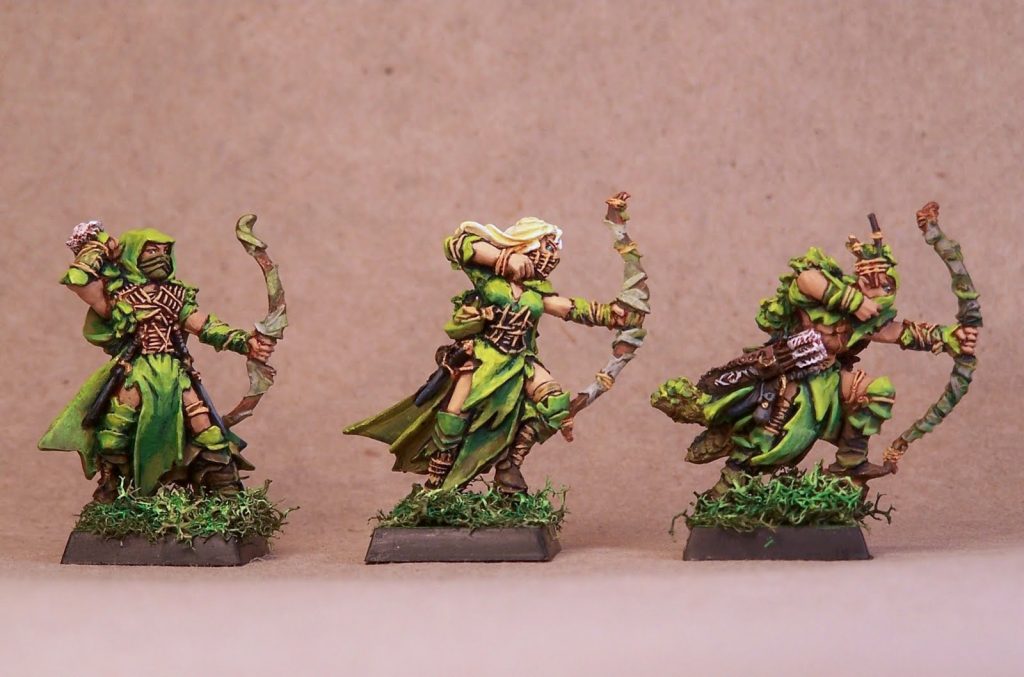 I’m sure I still have tons to learn, but so far in our games these simple tricks have helped me to win more games than I lost with my Warband! Age of Sigmar has been such a pleasant surprise as a game when you simply add in some sensible restrictions. We are pumped for the impending General’s Handbook and think that that will be what brings this game into its own. Also, we’re launching an Age of Sigmar podcast this Thursday, The Ninth Realm! Be sure to find us on iTunes if you are interested in tuning in.

And oh yeah, those new Sylvaneth models are just ridonculously amazing! Can’t wait to get my hands on them. 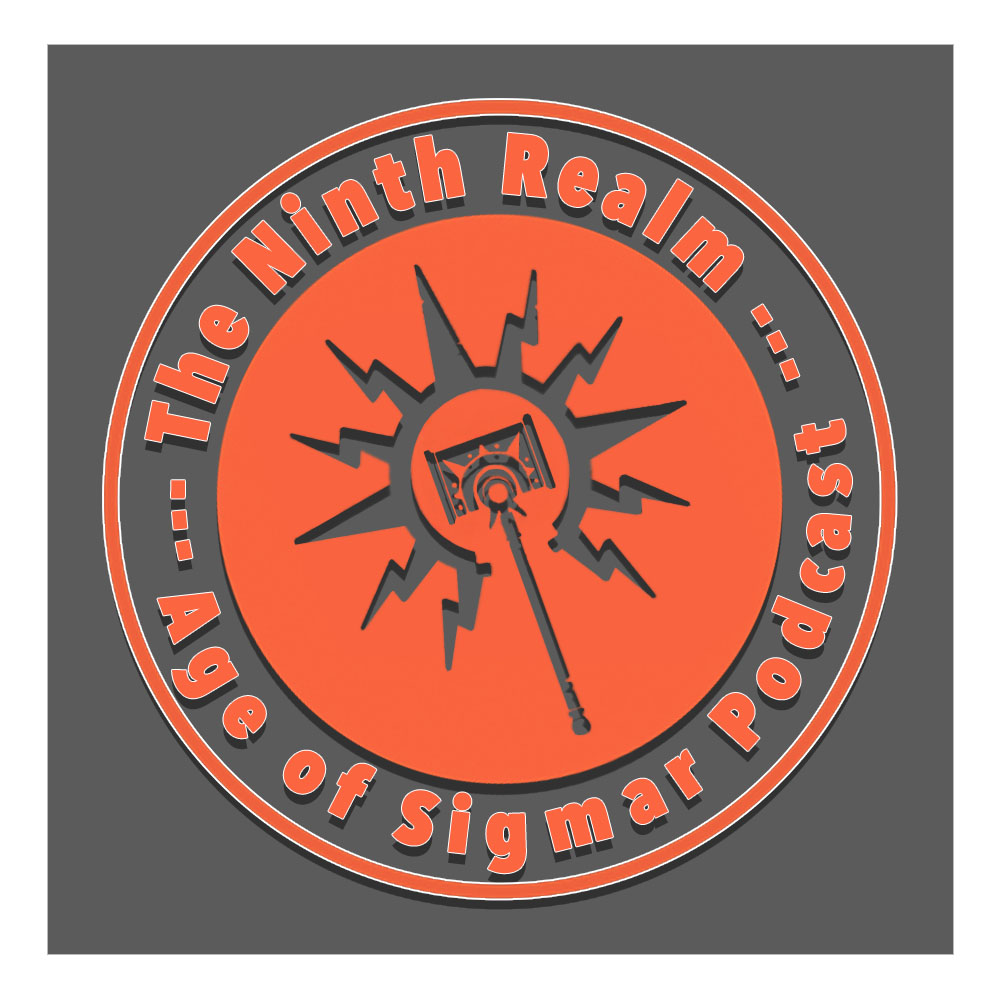 Thanks for reading and remember, Frontline Gaming sells Games Workshop product at up to 25% off of retail, every day!

~Exciting Times – you can almost feel Age of Sigmar growing by the day.