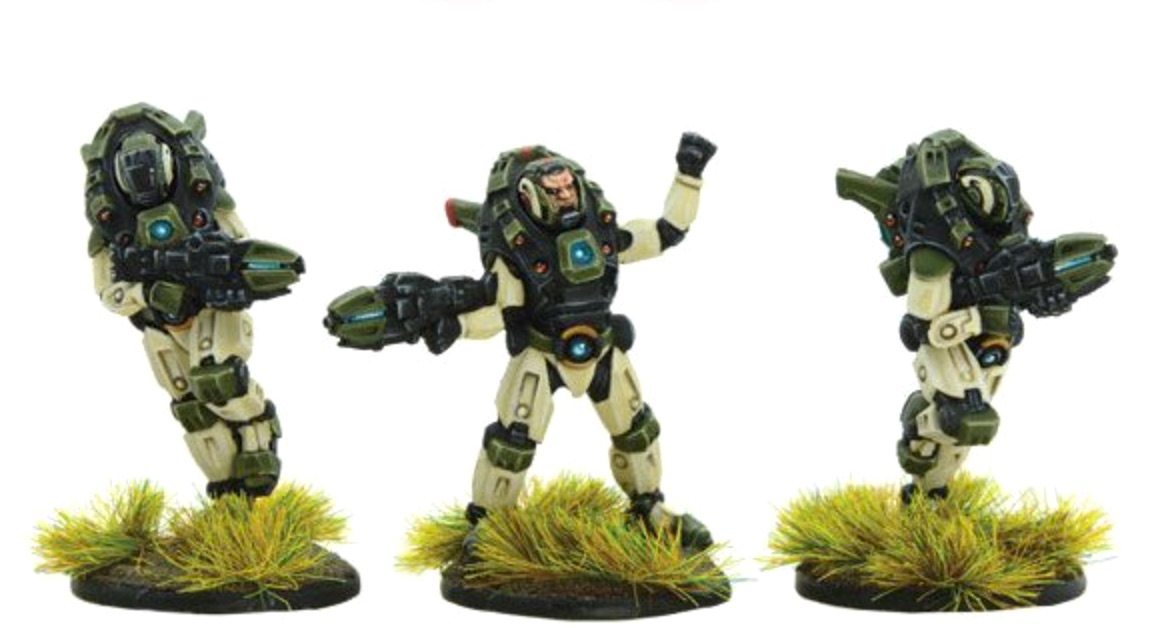 The C3 forces just got some new toys – check out the new commander heading to the Gates of Antares!

The Kamrana Josen of the Xilos expedition is an older and more responsible commander than the hero Josen of Aan Four (depicted in the Antares rulebook on page 229), but deep down he has lost little of his old determination. Experience, promotion and the demands of increased responsibility mean that his role has changed from that of a ﬁeld commander to the Commander-in-Chief of an entire army.

In the previous version of Command Josen his greatest asset is his sheer ability to endure, with Leader 3 and Wound 3, and the ‘unstoppable’ rule that allowed us to represent his solo-heroics on Aan Four. Instead we give Josen the ability to allow nearby troops to reroll a failed test against Command, and the chance to build up extra Well Prepared Army Options which can be used to boost the tested value of any rerolls taken by the force. Using a transmat beam for the first phase of the drop, to then free fall. Their anti gravity chutes enable them to refine and direct their decent away from the restriction of the suspensor envelop allowing for more surgical strikes, leading the way for the rest of the shard. A natural addition to any drop troops, see page 161/162 of the Beyond the Gates Of Antares rulebook for more detail. The Hero of Aan Four and some new Drop Commanders will be a nice addition to any C3 forces. With the ability to bring the pain where it’s need most, what’s not to like?