DreadBall: Behind the Scenes with the Design Team 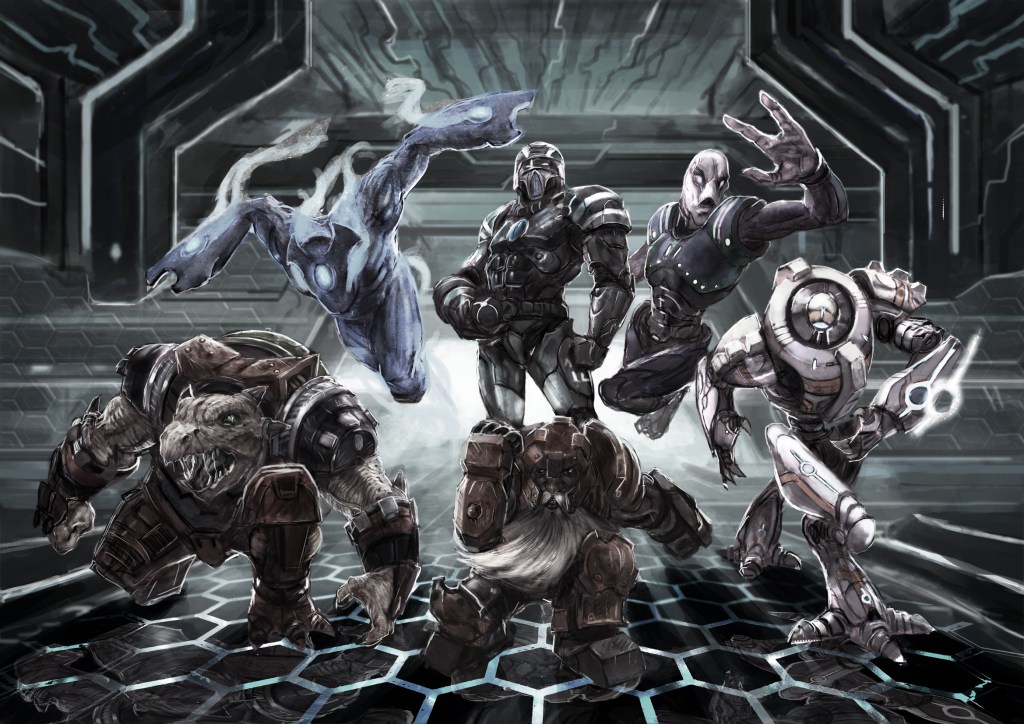 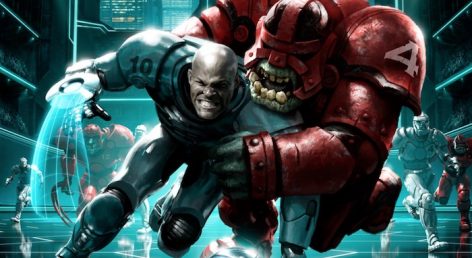 Dreadball 2 is coming to Kickstarter soon – take a look at some of the new teams!

The folks at Mantic have been giving us sneak peeks of what they have planned. A little review:

This is the first game I’ve been able to develop going into a Kickstarter. Typically other groups in the studio create the product and I organise the Kickstarter and do the day-to-day running of it – this time I’m also creating the product whilst the studio groups focus on completing Warpath and The Walking Dead.

And that’s awesome because a) it’s hugely exciting to exercise some creativity and b) it means as I get assets I can share them immediately with you as I’m the one with all the access to our social media! We’ve been showing off logo designs on our Facebook page. We’ll be dropping the ‘2’ from the end, but otherwise let us know what you think.

Having done DreadBall Xtreme and DreadBall Season 4-6, we’ve got a total of 25 DreadBall teams – there’s lots of aesthetically diverse teams and each will be reviewed thoroughly by the rules committee so that they each have their own distinctive play-styles and each are competitive in their own right. I’ll talk about that in a future blog on rules – for now, I’m going to look at the development of new teams.

The core of 2nd edition revolves around a new 2-player boxed game. It’ll contain the rules, pitch, counters, dice and all the usual gubbinz you need to play but there was also opportunity to review the teams that most people are going to start playing the game with. We’ve learnt a lot since we did original DreadBall – we’ve discovered new sculptors, new plastic manufacturers, and wanted to employ this learning by introducing two new starter teams, getting away from the Human vs Orc scenario.

It allows us to continue to develop our backstor, and has the added benefit that if you decide to pick up the new boxed game, there won’t be a single design of component you’ll already have, everything will be new – from the teams to the RefBot MKII right through to the pitch and card designs.

The new teams will also come pre-assembled, making the game truly pick-up-and-play, which should help anyone familiar with board games, and will come in the same (awesome) plastic as The Walking Dead miniatures.

With the notion that we wanted at least 2 new teams adding to the range we went to concept artist Roberto Cirillo with some ideas about what we thought would be appropriate.

DreadBall is a futuristic sports game, so any team that went into the core game has to scream sci-fi. My first port of call was a new robot team – not one that transforms and not one from the junkyard that you can build yourself, but one with an American Football-style look. It says futuristic. It says sport. And the figures can be a little bigger than the human team making them more tangible, without introducing scale creep, making them consistent with the range and easier to paint if you so choose to paint them. All wins. My favourite is number 1 and I think the panels on the shoulders and chest, with the rivets removed, would make great advertising spots. You can imagine corporations branding their bots with logos and slogans and I hope that hobbyists follow through with that.

Maybe we should do a decal sheet to match?

To counter the slightly bulkier, heavier sports robot, we felt an agile team would make a good opponent. Rather than create a new race, we thought why not develop the Yndij into their own team? They’ve been on the periphery of DreadBall with the A’teo MVP in Azure Forest and the Yndij Reaver in the DreadBall Xtreme, and now Roberto has provided some concepts of what a team player might look like. These need developing further, but I think a mix of 2 and 3 with a different helmet design and different shoulder-pads will create a look that suggests agility and speed. The Yndij look like they should almost be wearing the bodywork of an F1 car, with all the little fins and grills that promote movement through the air.

There are other players and team captains in the works, including some Chris describes as “Sumo Alien Lizards and some Cyborg Living Dead” – this could be really interesting. I’m looking forward to seeing the rest of the new designs.

Are you ready for 2nd Edition?