The Eternal Crusade Team is back to show off the New Tyranid Invasion mode – Lock & Load, we’re Bug Hunting!

This is an unedited version of the Twitch livestream. We’ve skipped to the 30:00 mark to avoid the count down timer:

Brent Ellison, Nathan Richardsson, and Noah Ward show off the new Tyranid PvE area while Katie is on vacation. 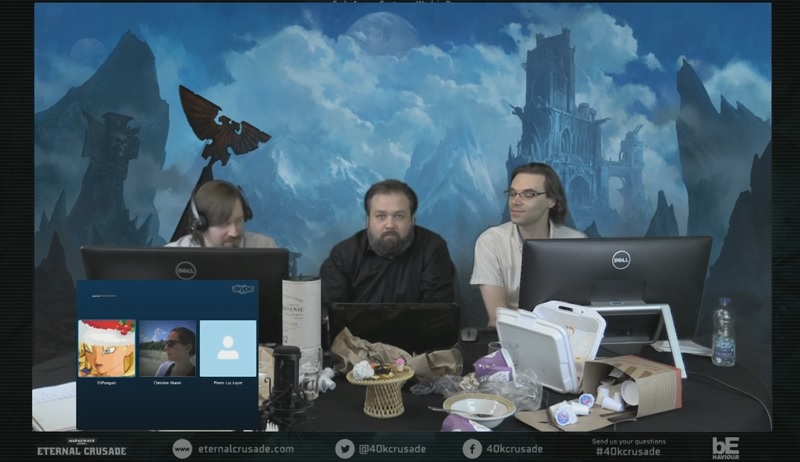 The crew gets all settled and Skypes in some reinforcements. 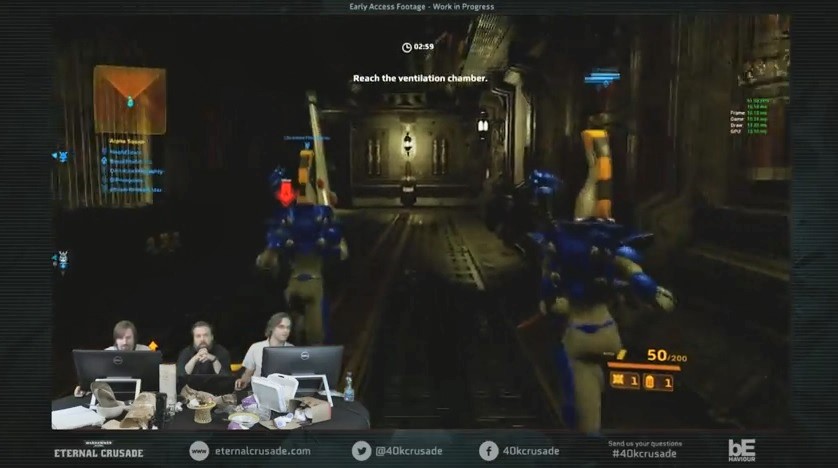 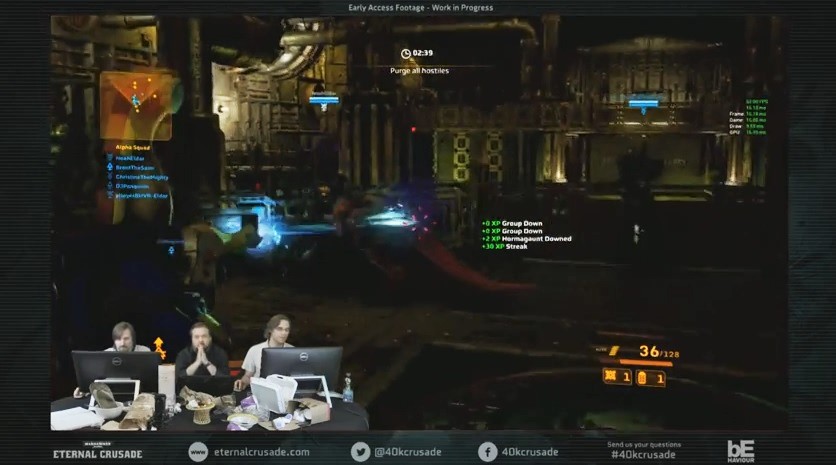 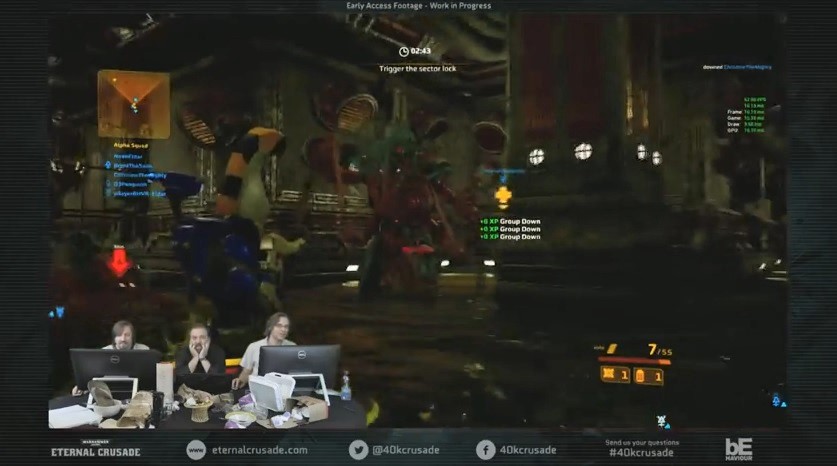 Sorry about the blurry screenshots from this video – turns out the Tyranids won’t sit still for picture time. I highly suggest skipping to the 49:30 mark at watching it in full 1080p to get the full experience.

The basic break down is that the players start at a muster point and then they open a door to a section. The players clear out that section and open a door to the next. This repeats a few more times with the areas getting more difficult or the mission parameters shifting. It reminds me a lot of the new Underground mode from The Division. I’m actually really looking forward to this simply because it’s a good change of pace from the regular PvP big battles.