FFG’s ‘The Iron Throne’ – You Win or You Die 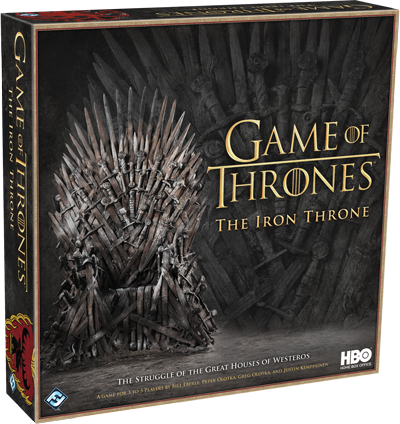 Battle for the Iron Throne in this new strategy game from Fantasy Flight Games.

The king is dead and the seven kingdoms are close to war…. the battle is already waging amongst the heads of the houses of Westeros. Who will gain control?

“When you play the game of thrones, you win or you die. There is no middle ground.”
–Cersei Lannister

Game of Thrones: The Iron Throne is a board game of intrigue and betrayal that pits you against two to four of your friends in a cutthroat bid for command of Westeros. Lie, cheat, steal, bribe, and battle your way to supremacy.

Based upon the thrilling HBO series and using game systems from the legendary board game Cosmic Encounter®, The Iron Throne places you in command of one of five Great Houses and challenges you to land five of your influence on your rivals’ Houses. Iconic characters from the show will help you. Diplomacy is always an option. Betrayals are inevitable.

In the end, you win, or you die. There is only one Iron Throne! 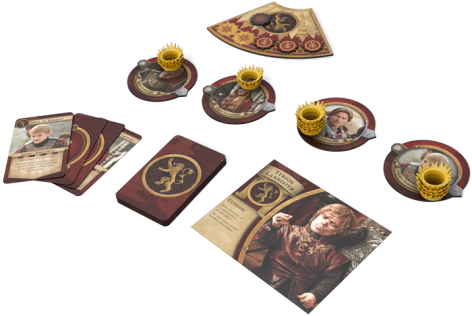 Each turn is focused on an encounter between two players that can result in new alliances and create new enemies. Each house is allowed five characters with unique abilities that can be chosen as a leader. Each leader provides a different game experience due to their abilities. You will have a much different game playing honorable Eddard Stark than you will a vengeful Arya. 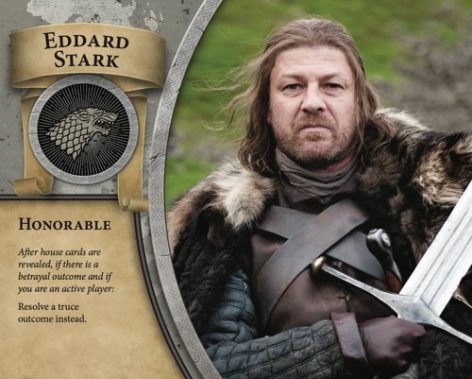 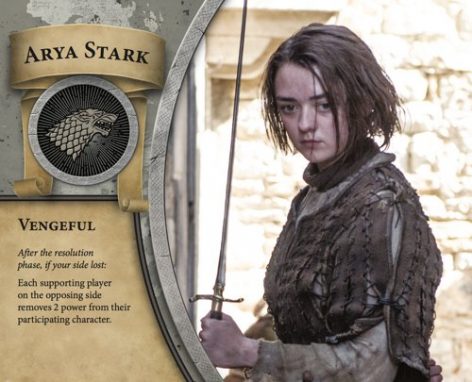 Players also rely on character cards in each encounter that allow them to use each character’s unique talents – whether it be for the active player or to lend a hand to another player. These abilities can help negotiate a deal or adding power to your side through inspiration. 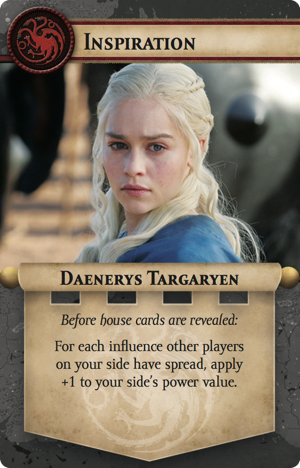 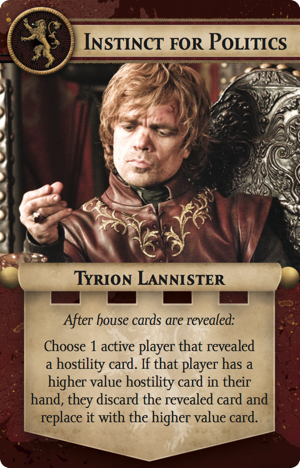 Game of Thrones: The Iron Throne is due out the last quarter of this year – just in time for the holidays.

Are you ready to battle for the throne?