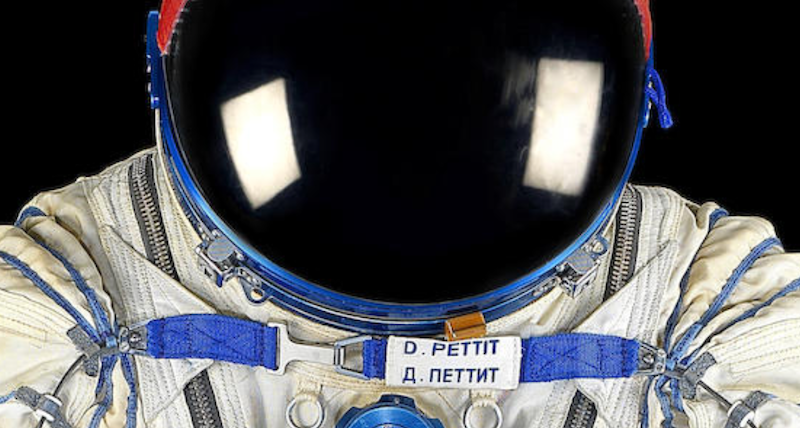 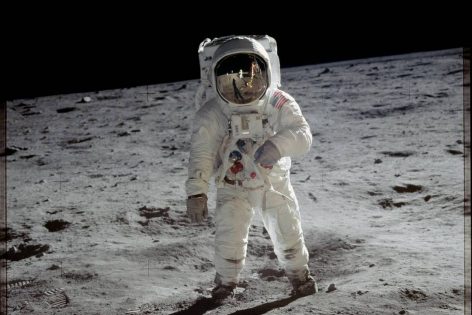 A bunch of really interesting items are hitting the auction block this month – take a look!

Bonham’s is auctioning off a ton of interesting aerospace equipment, photos, manuals, models, and more later this month. Items range from the dawn of the space race to the end of the Cold War era, including the flown artifacts from the Apollo 11 and several Soyuz missions.

If you’ve got a spare chunk of change around these awesome things could be yours: 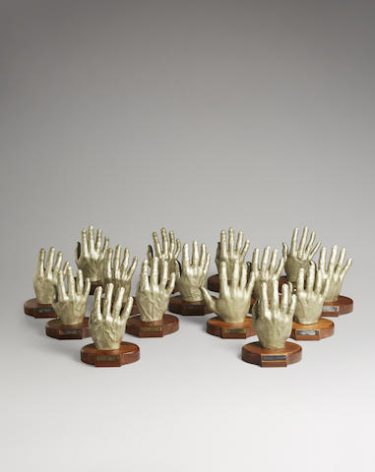 Astronaut hand casts used to make space suit gloves – Spacesuit gloves were custom made precisely for the wearer, and the pressure bladder inside the gloves was dip molded from the casts so as to ensure that the fit was perfect. Each glove was then made directly on the plaster casts of the hands. Collection includes Buzz Aldrin, Jim Lovell, and Neil Armstrong. 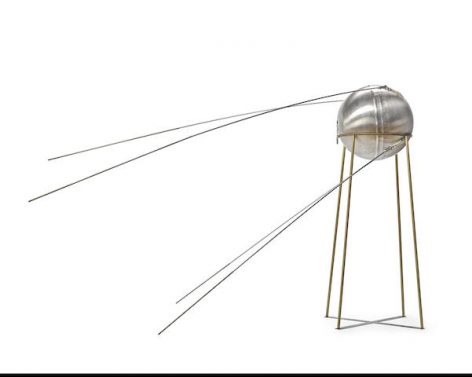 Full Scale Vintage Sputnik-1 Lab Model – The Sputnik-1 artificial satellite first orbited the Earth on October 5, 1957. Visible all around the Earth, it launched the American Sputnik crisis and gave birth to the Space Race. This is one of only a few made to test ground Electromagnetic Compatibility (EMC) and Electromagnetic Interference (AMI) testing. 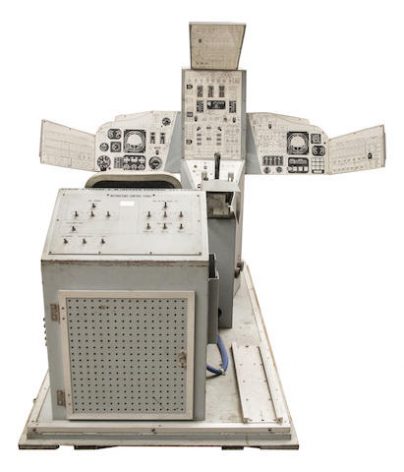 Original Gemini  133P Trainer Assembly – used to train the Gemini astronauts at the Manned Spacecraft Center in Houston. Essentially a duplicate of the display panels and instruments found inside the Gemini spacecraft, the system was used to learn the Attitude control and Maneuver Electronics System (ACME), the Orbit Attitude Maneuvering System (OAMS), the Time Reference System, the Sequential Circuits, the Landing & Post landing Procedures, use & control of the Power Source, amongst many other skills. 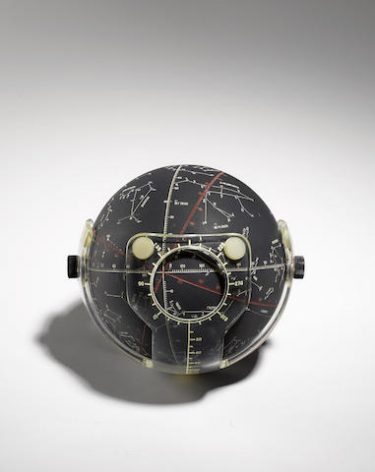 Soyuz 18 navigational celestial globe – Soviet Cosmonauts used navigational celestial globes on the Soyuz spacecraft to supplement their ground-based navigation systems. They would adjust the constellations on the globe to match the stars that they could see, which allowed them to determine their position. Instruments such as this were absolutely crucial to the cosmonauts, and were much more dependable than any computer systems, which were susceptible to system failure. 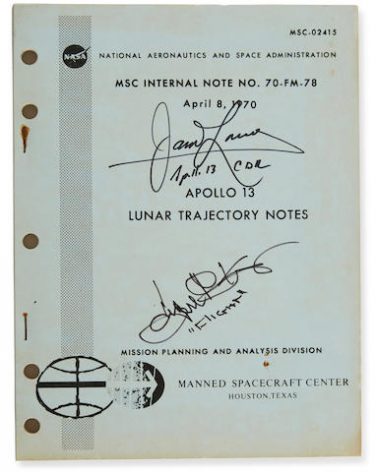 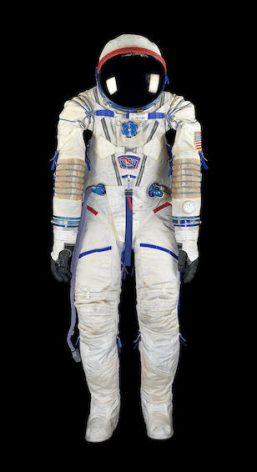 Don Pettit’s ISS Expedition 6 space suit – worn on his return to earth aboard the Soyuz TMA-1.
Flight Engineer Donald R. Pettit, Ph.D. (b. 1955) was a veteran of three spaceflights, he logged more than 370 days in space and over 13 EVA hours. He lived aboard the ISS (International Space Station) for 5 1/2 months during Expedition 6, again for 6 1/2 months as part of the Expedition 30/31 Crew, and was a member of the STS-126 crew. Following the Space Shuttle Columbia disaster of February 1, 2003, Pettit was one of the first Americans to return to Earth aboard the Soyuz TMA-1 spacecraft after NASA grounded the shuttle program pending numerous safety changes. Pettit, along with commander Ken Bowersox and flight engineer Nikolai Budarin, crash-landed in Kazakhstan with a malfunction-caused ballistic entry, resulting in the crew being lost for hours before being found by ground rescue teams.

Get a look at the entire auction catalogue here. The bidding starts July 20th at 1pm EDT in New York City.

What would you buy if you could?