Curious about Deadzone? So were we! So we got an overview and a demo from your regional Pathfinder – check it out!

Hey BoLS Readers! AdamHarry here and this time I wanted to take a good look at Deadzone from Mantic Games. We got in contact with our regional Pathfinder (basically Mantic’s boots on the ground) Shawn Grubaugh and we organized an overview and demo for the game. This one is a long one so pull up a chair and grab some note-taking gear:

Mantic’s Deadzone is a fantastic Skirmish-Scale game set in their Warpath universe. It really strips away a lot of the complexity and leaves a lot of the tactics. The game is typically played at around 100 points on the custom mat. Each zone on the mat is basically a 3D cube and models can spend their movement points to move that many cubes – horizontal or vertical. It’s really simple once you’ve seen it in action.

Shooting is also extremely simple – If I can see ANY part of the model, I can shoot it (depending on range, obviously). “What about cover?” If you’re completely (100% of the model, including the base!) out in the open I get a bonus die to my shooting attack – other than that, there isn’t a negative modifier, the assumption that you are in cover is baked in to the rules.

That was another thing I really liked about this game – you never really subtract from your dice pool, just about everything is this game adds dice to the test you’re trying to make. It uses d8s as well, so it’s a different level of granularity when rolling vs d6s. 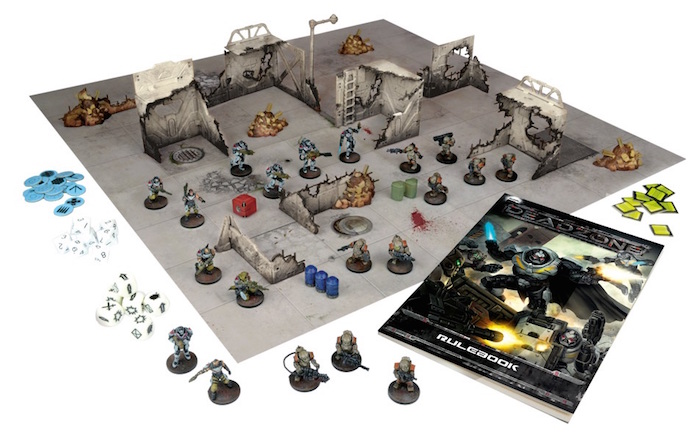 Shawn was great and walked me through the rules and we cover the rest of the basic mechanics in the video. We even played a couple of rounds just so show the game in action. The boxed set has everything you and friend would need to play and it’s all laid out in an easy to find manner. This box is also the second edition so you still get Forge Fathers and Enforcers this time around.

We actually spend a good chunk of time in the video going over everything you get (dice, tokens, rules, etc.) The game it really easy to learn and it’s designed for a pick-up-and-play mentality. Really – after spending time with Shawn going over the basics I picked up the game in no time. That’s one of the best parts about this game: it’s fast and simple to learn but games are still tactical!

The different missions and objectives really lead to some great game play. They force players to get into shooting and combat in order to win – if you just want to turtle up in a corner, you will lose the objects! The random face-down token mechanics also add to that level of mystery so game play is never stale.

Overall, Deadzone is the perfect game to pick-up and play with a group of friends. It supports campaign & league play as well as pick-up and tournament games. The rules are streamlined (in a good way) and it plays super quick. Getting in 2-3 100 point games in an evening is totally feasible with this game. If you were a Necromunda fan back in the day and have been wanting a game like that, but with less fiddly rules, then check this one out. Deadzone is simple, fast & brutal – everything I want in a skirmish game! 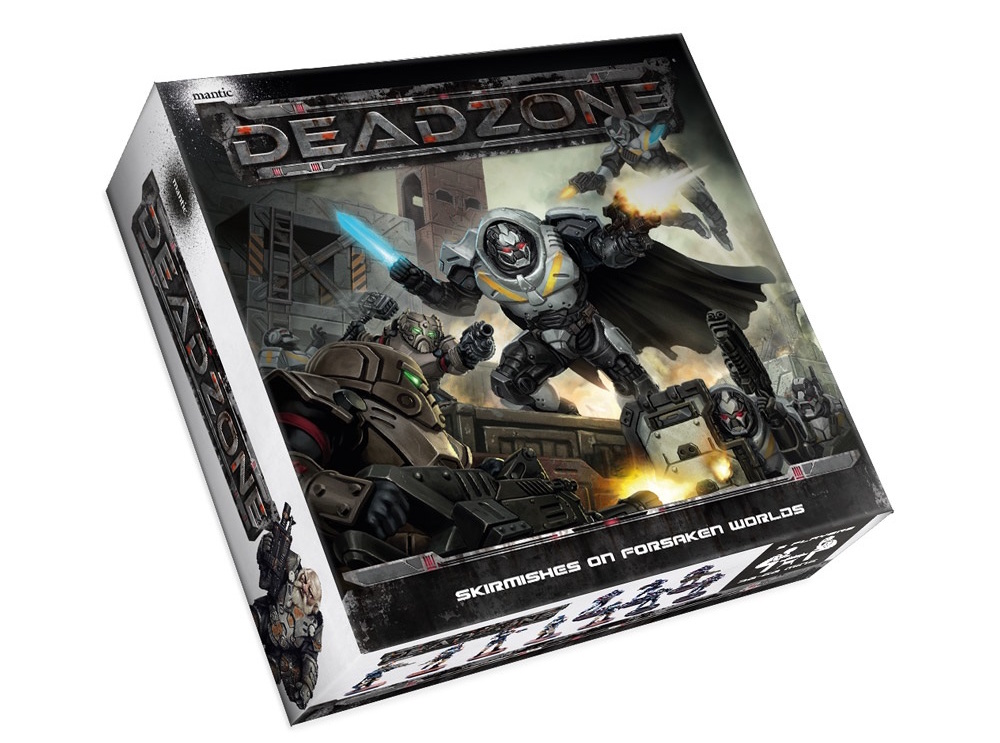 PREPARE TO DEPLOY! Deadzone strips away unnecessary complications leaving you free to enjoy the excitement and tactical depth of futuristic battle. Starter armies of two rival factions are included in this set, kicking-off your collection of Enforcers and Forge Fathers, along with everything else 2 players need to get right into the action. Assemble your finely detailed miniatures and get ready for fast paced, easy to learn, mission-based skirmishes in a brutal future.

Author: Adam Harrison
Writer, Editor, Texas Native, and Austinite for 15+ years, Adam covers all things Tabletop Gaming. Which includes Warhammer 40,000, Age of Sigmar, D&D, Board Games and everything else that involves dice, boards, cards and a table. A hobbyist, player, and collector of miniatures and games, Adam's current obsession are his Death Armies for Age of Sigmar, his Blood Angels and Tyranids for 40k, and his ever growing Arkham Horror: The Card Game Collection.
Advertisement
Board Games Mantic Warpath
Advertisement