Everyone has been dreaming of these for decades. Secret Weapon has modular 3d dungeons (with mine carts)  in the works!

“There’s a really good reason that things have been quiet around here recently…..” 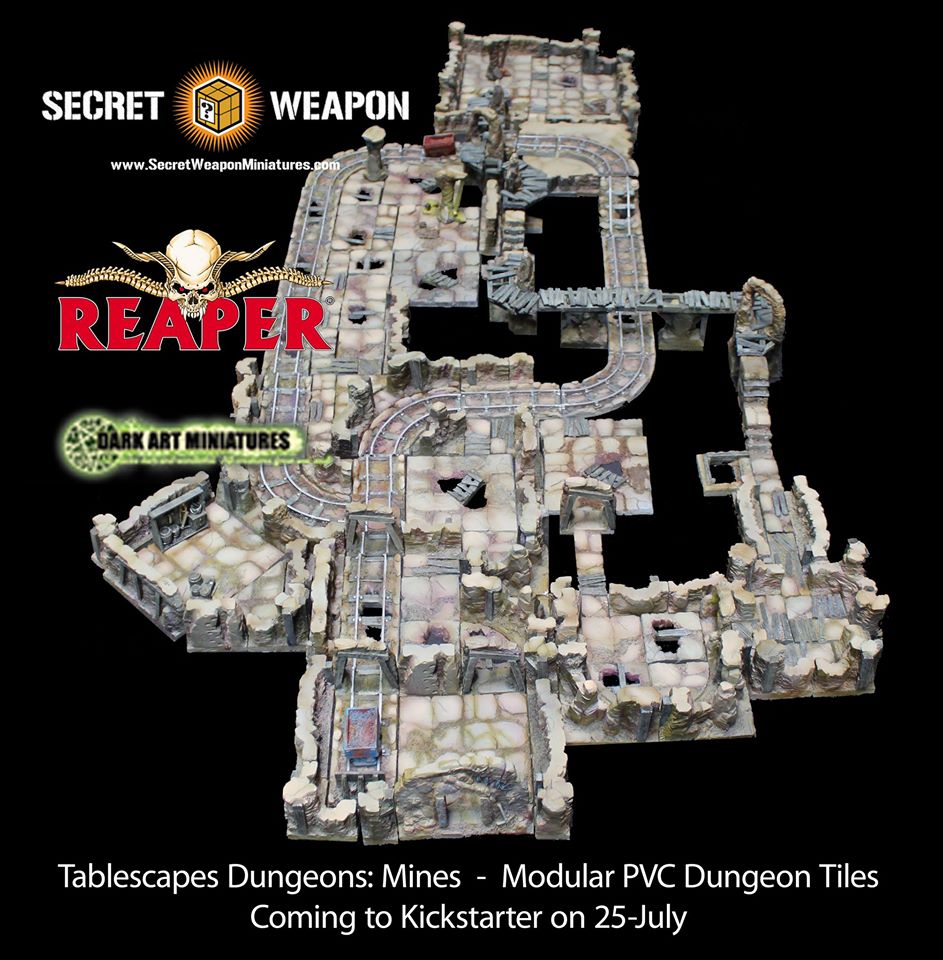 “Since everyone wants to know if they’re compatible with the Dwarven Forge tiles….” 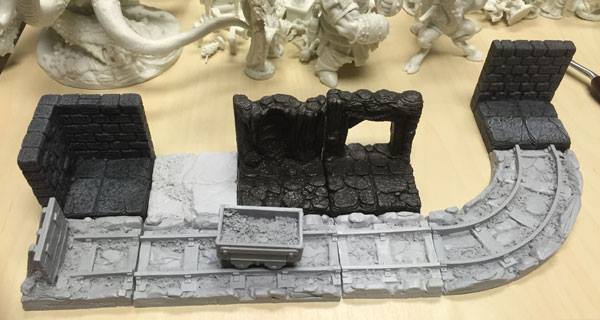 The majority of the walls on our pieces are actually shorter those in the photo, making it easier to get to your figures. We do have “Feature Walls” that are full height, and packed full of detail though.

…we’ll have more previews for you in the coming days, and the KS launches in just a couple of weeks.

…There is a starter set, and many expansions – like the Track Cart Set pictured above – that we’ll be showing off.

Oh, I’m going to be all over this one!

~Why am I having Harry Potter and Indiana Jones and the Temple of Doom flashbacks?