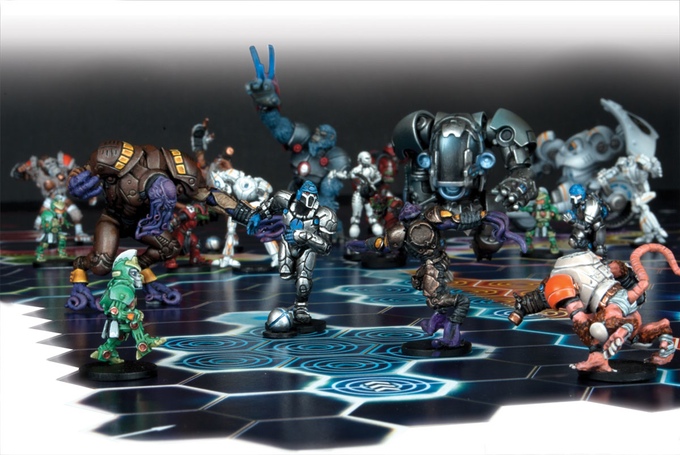 Mantic’s DreadBall Kickstarter may have hit a few days ago, but that’s far from the only noteworthy crowdfunding campaign currently going on this week. I hope you brought some money, because depending on your interests, this could be a rough ride for your wallet. 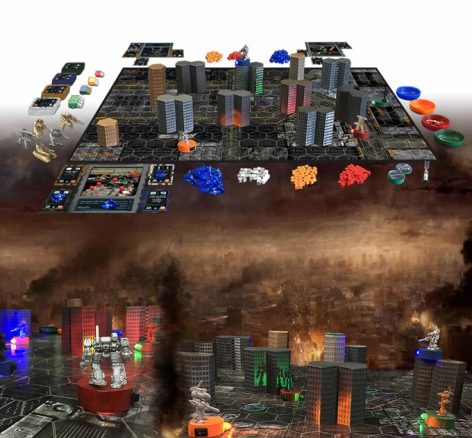 Armored Core is the latest popular video game to get the board game treatment, and with the lack of recent installments in the series I’ll take whatever I can get. This cooperative and competitive mech combat game seeks to recreate the fast action of the video games by taking place in real time across 20-minute missions. The fully customizable mechs are placed on bases with LED lights to more easily determine line of sight in the middle of combat. The base game supports 4 players, with an expansion available that upgrades this number to 6. You can buy a standard copy of the game for $79, with a bundle that includes the AI Unleashed expansion for $125. 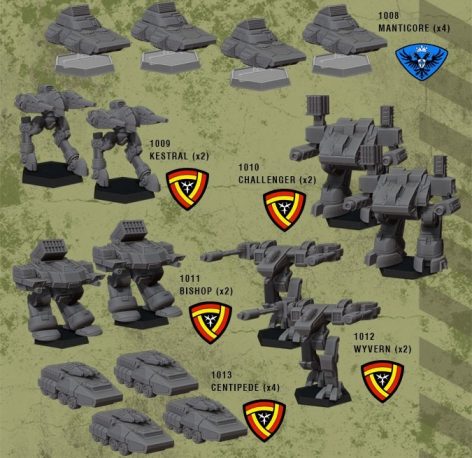 Talon Games has turned to Kickstarter to expand their new edition of CAV, a mech combat miniatures game by Reaper Miniatures. The goal of this campaign is to create new mechs, tanks, and other vehicles for the AEC and Ritterlich Republic factions. All miniatures will be made from the same material used in Reaper’s Bones line, but cast in gray instead of white. You can find links to the rules and some gameplay videos on the campaign page. The $60 pledge is perfect for new players, while the two $100 levels can get you an entire force for your army of choice. 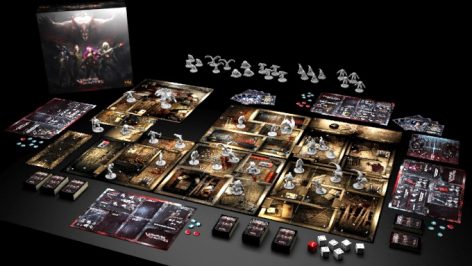 Vampire Hunters is a cooperative board game where a small band of up to 4 players launch daring raids against vampire dens. Use an arsenal of classic vampire-killing tools like holy water and stakes alongside guns and flamethrowers to cleanse the nest before nightfall. Sunlight is your most power weapon, so make sure to destroy boarded up windows or call in Pete the Extractor to harpoon vampires and drag them outside. Vampire Hunters can be played in either standalone sessions or campaigns where players have a chance to buy gear between missions. The base game with stretch goals and a few Kickstarter exclusive goodies will set you back $90, or grab the $135 pledge to get the expansion pack as well. 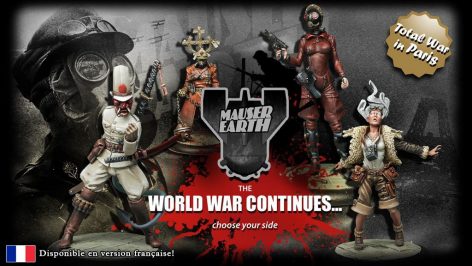 Some of you may remember Smart Max and their line of fantastic 1:35 scale resin miniatures and busts. Sadly, they closed their doors last year, but some of those awesome miniatures live on through Wonderlands Project and the Mauser Earth skirmish game. The game is set in Paris, in an alternate 1938 where WWI never ended and French cities had to be encased within domes to protect their inhabitants from decades of chemical warfare. Each of the 4 factions has a starter available that includes 3 or 4 miniatures for $50/€45. For $100/€90 you can get two starters and a printable play mat. There are several higher tiers available too that allow you to grab all the current models for your faction of choice. 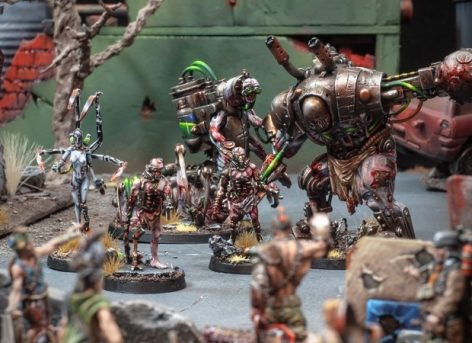 Finally, we come to an Indiegogo campaign by White Tree Miniatures to fund a new faction for their post-apocalyptic skirmish game, Afterglow. This new faction is the Forsaken, and consists of the rage-fueled rejects and outcasts of society. These degenerate mutants and cannibals excel at close quarters combat, and are driven only by their desire to feast on their victims. Afterglow itself is a very narrative-focused game, with objectives and campaigns playing a big part in the experience. Build your gang across a multi-week campaign, upgrading your individual models and dealing with permanent injuries. Starters consist of around 4 to 5 miniatures and cost between €35 and €40. Grab a friend and check out the €72/$79 pledge that includes 2 starters, a rulebook, and mission cards.

Looking for even more board and card games to spend your money on? Check out Temp Worker Assassins, Warage, Cosmic Balance, Martians: A Story of Civilization, Roar of War, and Meridian.

Will you be jumping on any of these Kickstarters? 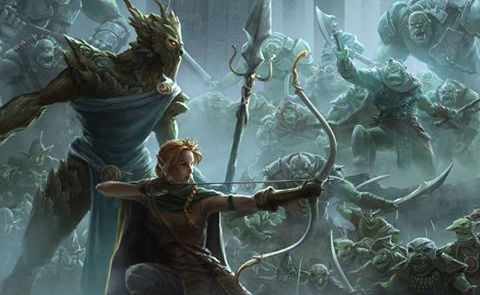