The Tabletop Spotlight is on World’s Fair 1893 – it’s time for SCIENCE!

Hey BoLS Readers!  If you’re not familiar with the World’s Fair of 1893 it was kind of a big deal. There were quite a few firsts and a some big exhibits at the World’s Fair of 1893 – the main reason I know this is because of that giant Ferris Wheel. So when Evan from Dragon’s Lair Comics & Fantasy brought this game over to check out I was aware of the history but had no clue what this game was all about:

The game is really a resource management game wrapped around the setup to the World’s Fair. You play as one of 2-4 organizers of the fair and you’re trying to collect the best exhibitors to the show. If you have the best Reputation (i.e. points) by the end of the game you win. It sounds simple but it’s actually got some depth to it. 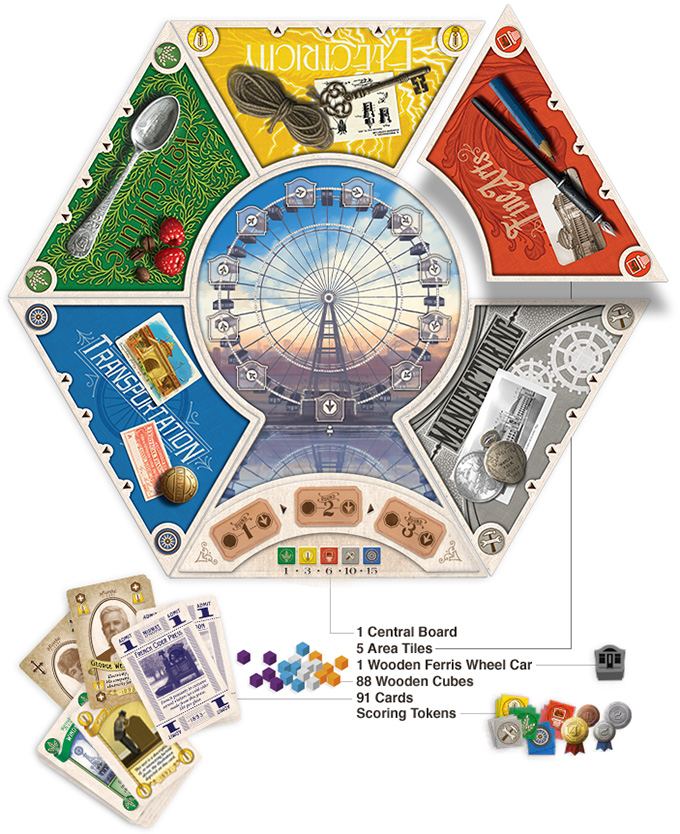 The game centers around the Ferris Wheel. On your turn you send a supporter to grab the cards next to one of the colored zones. Those cards have different effects and score you different points or get you more supporters in that section. It’s really a race to see who can get the most support and score the most points before the game ends.

The art of the cards is cool and thematic. It borrows from that “turn-of-the-centre” style and features a ton of historical figures and exhibits. It’s really well done and easy to read – two things I like in a game that features a lot of card collecting.

The fact that the time keeper is also the Ferris Wheel is very cool. As I said, it was kind of revolutionary at the time and it was a huge attraction. If you’d like to check out the rules for yourself, they are available free from their website. They also have a quick introductory video to show you how to play as well. Overall, this is a perfect game for players of all ages. It’s simple to get into, has some depth to it and some randomness to keep things interesting. If you’re a parent and are looking for a solid gateway game to get your kids playing then check out World’s Fair 1893 – For SCIENCE! 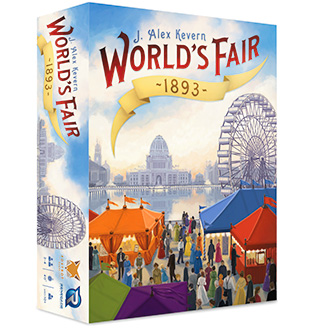 World’s Fair 1893 is an area majority and set collection game for 2-4 players that plays in about 40 minutes. On your turn, you send a supporter to one of the fives areas and collect all the cards next to it. Choose carefully to collect the cards you need and also beat out your opponents for control in the various areas:

What will you discover at the World’s Fair?!