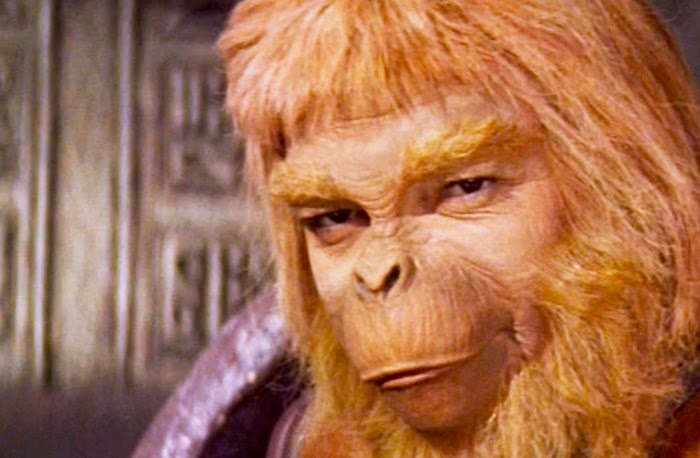 “Get your hands off me you damned dirty MacGyver!” ~Adeptus Mechanicus Magos

The Jokaero are an alien race, ape-like in appearance who are capable of tremendous technological and logical feats, and who also specialize in miniaturisation technology.

The Jokaero’s physical resemblance to orangutans of ancient Terra led to some speculation that the Slann may have genetically manipulated the species as they are known to have visited the planet on numerous occasions.

In actual fact, the origins of the Jokaero are linked to the ancient God War between the Old Ones aided by the genetically uplifted Young Races and the Necrons, during which the warpitself became disrupted, and when predatory creatures such as the Enslaver Plague began to manifest into the material universe. Just as the Old Ones had created the Eldar, Rashan and K’nib to battle the Necrons, they now created two new races to help fight the warp-spawned threat on their strongholds.

These two races were the hardy greenskinned Krork and the technology-mimicking Jokaero. However, by this point, the damage was too great and the Old Ones were overrun with their great work being undone as their predators of the warp descended on their ancient empire.

Despite the destruction of their masters, the Jokaero continued to live on and into the Age of the Imperium where there was much speculation about their origins. 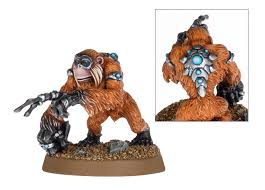 In appearance, they are heavyset, orange-furred apes who bear a passing resemblance to orangutans of ancient Terra with retractable fingers and toes. Their physical form can be misleading to outsiders as they are technosavants without equal. They have proven to be a fascinating species to outsiders as none are sure whether they are truly intelligent despite the fact that they are capable of remarkable acts of engineering, construction and problem solving. This is, in fact, their most notable ability as they are technically brilliant with an innate, genetically structured understanding of technology. Their capabilities are seemingly instinctive giving them a full understanding of machinery and technology. These traits place their understanding beyond that of even the most advanced of the known races with the possible exception of the Great Mages of the Slann. Great debates emerged on whether these simians were genuinely intelligent or simply made weapons on an instinctual basis.

With sufficient – even battered – machinery, a group of Jokaero are capable of creating anything from a starship to a lascannon. They are even able to create food synthesizers so long as they are have sufficient alloy and circuitry. Jokaero are known to be forever crafting inventions and improvising ingenious equipment, though not always in the same way twice, but with a particular focus towards miniaturization.

Their understanding of astrophysics is equally baffling as they seem to be capable of tapping into unseen power-currents that run through the galaxy. Jokaero spaceships are an example of this: open structured framed lattices resembling a unique polyhedron shape that are unlike any known space transport. The structure is vital to the design as it draws upon those same galactic power-currents that the Jokaero are aware of and channel it in a similar manner as Force weapons do to psychic energy through their spiral shape. Thus, Jokaero vessels are able to move, manoevure and transcend warp-space through making physical alterations to the ships’ design. Such an act alters with the universal powers it employs and modifies its place in the natural galactic order. 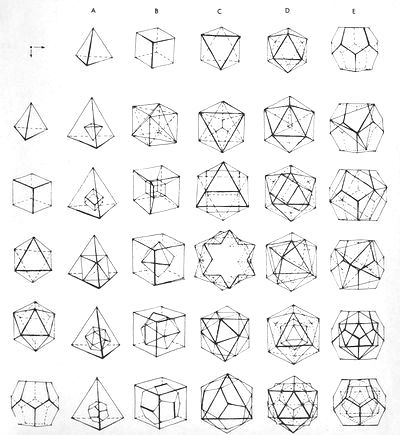 Like this, but in space, and full of techno-monkeys.

In terms of society, Jokaero tend to live in large family groupings that consist of a dozen individuals which roam the galaxy in a random fashion with their sole objective being survival. This leads to them frequently arriving on inhabited worlds in order to scavenge for oddments or any specific components that they need. At times and if necessary, they are known to band together to attack targets in order to acquire the object that they desire. Related families often travel and work together which are led by either a matriarch or a patriarch. Their natural and extraordinary talents mean that their weapons, equipment and tactics are comparable to other intelligent creatures’. Furthermore, they are quite capable of using complex and well-coordinated attacks against their targets. Potential targets can include lone power stations, farmsteads or distant mining ships where they attack and loot, whereupon they escape before attracting a larger response from their foes. Their mindset means that they are unable to be reasoned with and communication is seemingly impossible as it is believed that their species have no known form of language, culture or any motivation beyond survival.

Their technical skills can make a Jokaero an incredible resource to other races that can control them. However, such a task is incredibly difficult and near impossible as they tend to build only to fulfill their immediate needs. As such, attempts at capturing them to compel them to work often fail disastrously as Jokaero are known to create items which allow them to escape.Inquisitorial retinues that possess a Jokaero Weaponsmith in their ranks often see the creature immediately making its mark in the group where it performs minor yet perplexing modifications to weapons and wargear. These “enhancements” do not always provide an advantage to the item in question but simply “feel” right to the creature. This can often be quite frustrating to a Jokaero’s allies due to their angry exception to their Adeptus Mechanicus sanctioned equipment that is being altered to suit the aesthetic whims of a Xenos ape but few refuse the efforts of the Weaponsmith. The random nature of the upgrades are impossible to predict as a Jokaero is equally capable of turning a las-cannon into something formidable after a few moments of inspiration or simply add a decorative knotwork to the barrel.

Creations of the Jokaero include not only Digital Weapons but also Defence Orbs. In addition, they are also the creators of the unique devices known as the Spy-flies. The fact that these machines required psychic input led Inquisitor Jaq Draco to suspect that the Jokaero may possess psyches. Jokaerian Force Field technology are odd, altered Imperial force fields that operate under a similar principle as the massive Gellar fields and are prized by the Calixis Sector Ordo Malleus as potent tools against Daemonic threats. Jokaero light-sculptures are known to be an exotic piece of art that is showcased by certain officials within the Imperium.