Today loremasters we delve into the end of the world – according to the xenos Eldar. 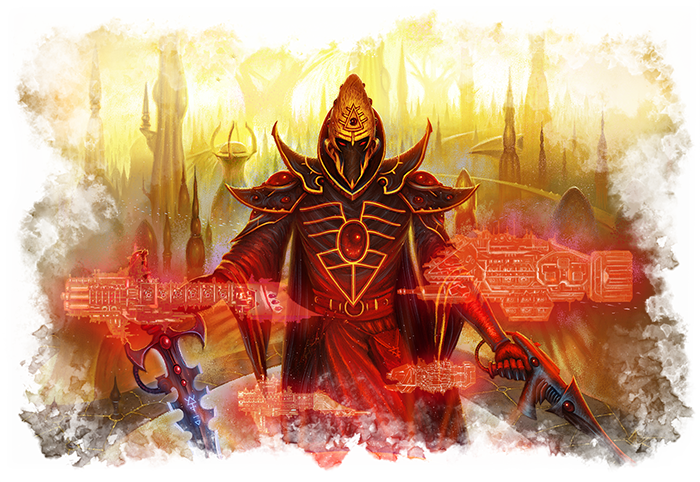 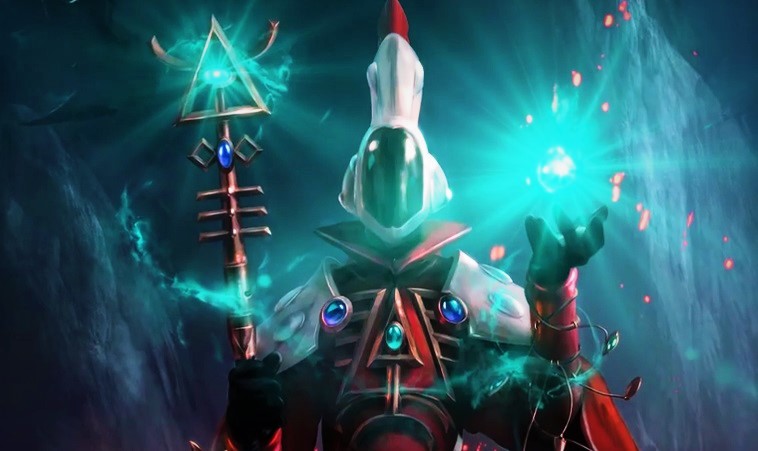 At some unknown point, the bulky volume rested within an arabesque cage upon an ebon podium where its binding was encrusted by gems such as sapphires, emeralds, topaz and tourmaline that glittered with an inner light. The diamonds that decorated its surface are believed to had spelt in runic letters the word “Rhana Dandra“ and there was some speculation by Humans that the jewels may have been in fact spirit stones of long dead Eldar Seers. Whilst a priceless relic, the tome also contained a wealth of gems on its surface and could bring a fortune if they were pried open. The liber contained vellum pages that were covered in a diverse range of illuminated rune-scripts that were annotated and footnoted minutely in the Eldar language. Its contents, however, were mutable as they related to the future which itself was multifold which meant that the tome could alter. The fact that it was written in the Eldar tongue meant that it was indecipherable to outsiders unless they had knowledge of the language. This tome serves as a repository of prophecies and a mutable book in the sense that it changed as probabilities shifted. The runes themselves that decorated the pages of the book writhed as if they were alive.

Among its contents include encrypted information that can lead its readers to the Crossroads of Inertia within the Webway where it is said that time can be reversed. It is written in the book that Inquisitor Jaq Draco was to survive daemonic possession and thus be Illuminatus. After learning of its existence, the outlaw Inquisitor Draco along with his retinue attempted to acquire the Book of Rhana Dandra. Using the runic shaped warp eye of the Navigator Azul Petrov, he managed to enter into the Black Library and recover the volume. Among the outraged Eldar included the Farseer Eldrad Ulthran who attempted to divine the future on the theft of the tome and attempted to discern Jaq Draco’s motivations such as whether he intended to use it to improve his standing with the Imperium. Inquisitor Draco and his surviving comrades would use the pry the gems from the book in order to purchase items whilst they were hiding on various Imperial worlds. In reality, Jaq Draco intended to become illuminated after being exorcised of a daemon in order to gain the required knowledge to learn the Book of Rhana Dandra’s secrets with which he intended to reverse time itself in order to save his deceased Callidus Assassin lover Meh’Lindi.

The thief Rakel binth-Kazintkis attempted to steal the priceless artefact but was instead caught by the Inquisitor’s comrades and later made part of his retinue as they attempted to discern the books contents. Afterwards, a Death Jester of the Harlequins attempted to reacquire the lost book but was captured by Draco who attempted to interrogate the Eldar. However, the xenorevealed nothing and Jaq Draco decided to burn pages from the book in order to force Marb’ailtor to reveal his comrades plans. Afterwards, Chaos renegades attacked the planet and the Eldar worked to combat these foes in order to safeguard the Book of Fate.

Ynnead represents the last hope of the dwindling Eldar race. They believe that when the Infinity Circuits hold all the spirits of their race, all of the Craftworlds will unite into one Infinity Circuit, and the collective spirits of the Eldar will join to form a new Power in the Warp that will battle and subdue Slaanesh, so that Eldar spirits may once more be able to merge with it and form a single, balanced entity. By doing so, if such a thing is possible, they hope that this will allow the Eldar race to be reborn into a better form. Meanwhile the Craftworlds and the spirit stones must be guarded from harm and continue to survive, so that all Eldar can see and form in their own minds a concept of the Eldar virtues that will enter along with their spirits into the Infinity Circuits.

Ynnead itself (the God of the Dead) is supposedly a nascent Eldar god growing in the collective Infinity Circuits of every craftworld, from the souls of dead Eldar. It has yet to manifest itself, as it has yet to attain enough power to fulfill its purpose: to destroy Slaanesh and free the Eldar. Its relationship to Kaela Mensha Khaine is unclear. 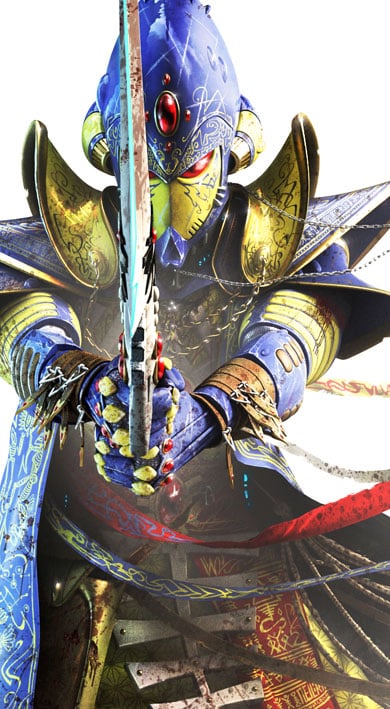 Kysaduras, known as The Anchorite, is an Eldar mystic. In 991.M41, he proclaimed that the End Times of the Eldar have begun. After a lengthy meditation alongside Eldrad Ulthran of Ulthwe, he preaches to the High Seers that the Eldar’s only hope of survival lies with Ynnead, the Eldar God of the Dead.

Cegorach is the only authority the Harlequins recognize and there are those who claim that the Laughing God walks amongst his children from time to time, wearing the disguise of a Harlequin player

~That should be plenty to start speculating on what Eldrad is up to in the new Boxed Set.