Tzeentch and Khorne will front the CSM revamp.

The release pattern for CSM should be similar to that of Age of Sigmar, a move away from Chaos Undivided and focusing on what really makes Chaos distinct. Ie; The 4 Gods.

The Cults will be expanded to the point they can form their own mini codexes with the Traitor Primarchs at their head.

“We heard you liked your Rubics with guns, so we gave them swords instead.”

Magnus and Angron will be the first Traitor Primarch releases.

That doesn’t mean you won’t see some Undivided releases. You will, it is a full revamp of the range afterall. Just that releases will be themed ala Age of Sigmar stuff has.

Infact alot of what the 2nd 40k End Times book is about, is Abbadon unleashing Kharn on the Imperium. 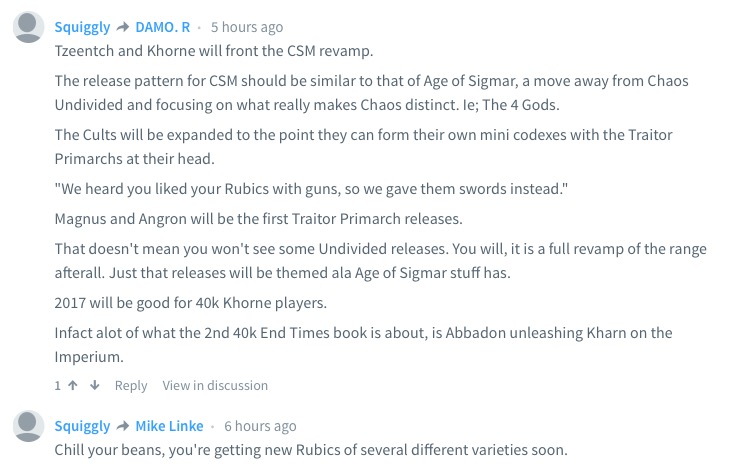 There’s no timeframe on this, but rumors since January have been pointing to Autumn for CSM releases & updates. 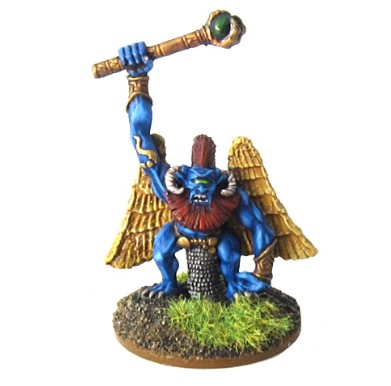