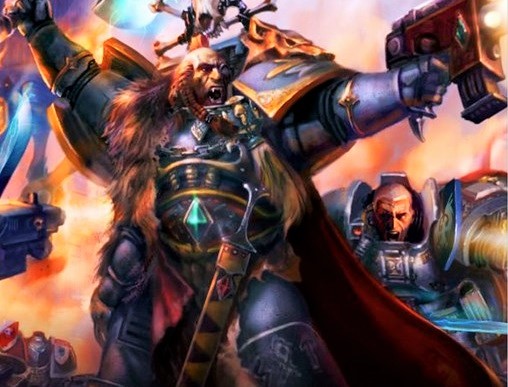 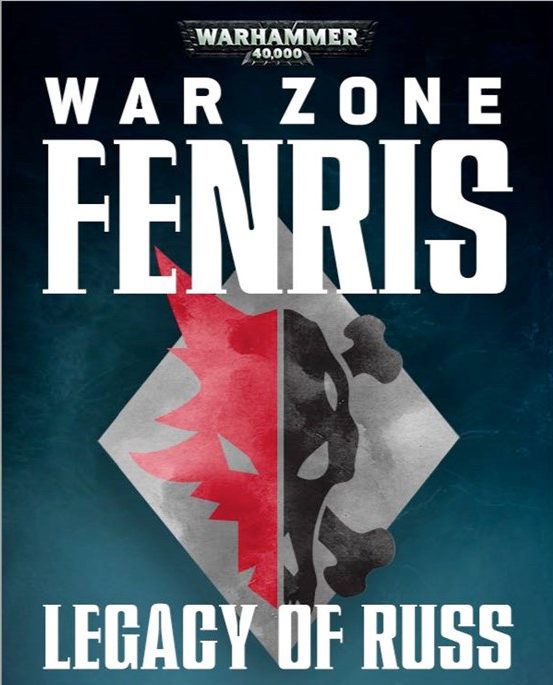 Black Library’s Legacy of Russ Saga comes to a close – come see what other dark secrets Black Library has this week! 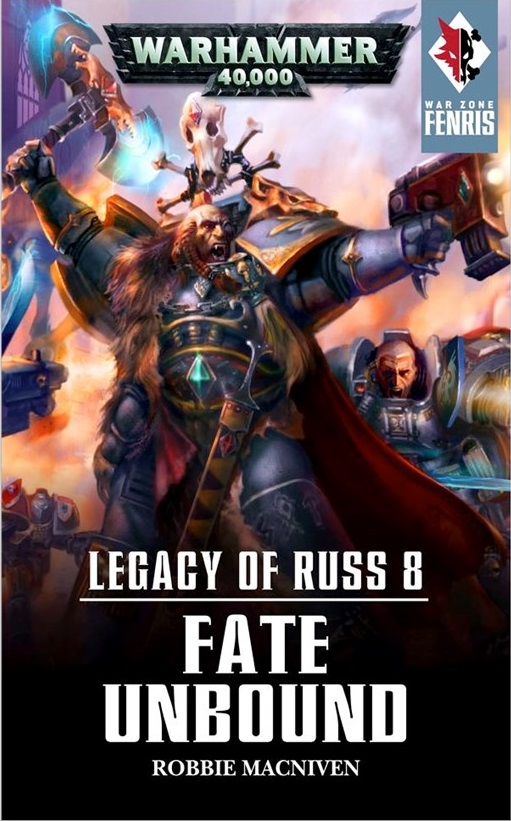 Part 8 of the Legacy of Russ series

It’s the final battle, the beginning of the end… or so the Space Wolves hope. But when treachery strikes, the sons of Russ discover that their true battle hasn’t even begun.

THE STORY
Just as the Space Wolves’ battle against Chaos seems to be taking a turn in their favour, discord strikes the heart of the Imperial forces. In the crusade fleet, accusations of treachery fly – just how far has the dark touch of Chaos reached, and can anyone be trusted? The Space Marines are forced to put their differences aside and confront the true villain – whatever the cost, this is the only way to achieve victory over the forces of darkness.

READ IT BECAUSE
After seven previous instalments of Fenrisian action and Chaotic intrigue, it all comes down to this: someone in the Imperial battleforce is a traitor. But who? And who’s really behind the cataclysm that has beset the Space Wolves? Only one way to find out…

Want to catch-up on the rest of the series? Check out the Legacy of Russ bundle: 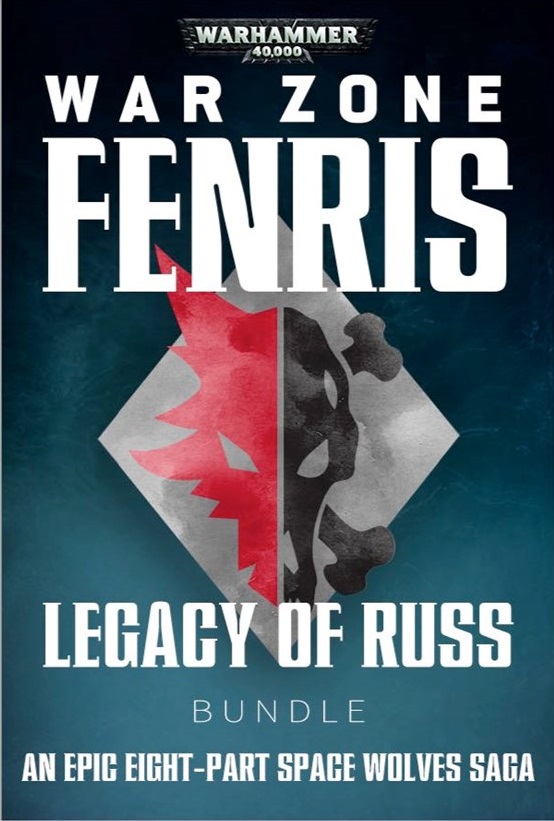 Fenris is besieged, and the Space Wolves – with some unlikely allies – battle daemonic invaders across the system. When contact is lost with the Chapter Master, are the Space Wolves doomed to destruction?

READ IT BECAUSE
It’s the official continuation of the most exciting event to hit the Warhammer 40,000 universe in ages – discover what happened after the end of ‘War Zone Fenris: Curse of the Wulfen’ in a series of short stories that pit the Space Wolves against their most ancient and hated foes in a battle for their very survival…

Fan of the Horus Heresy Collection? Well there is also a new Audio Drama out as well – The Either! 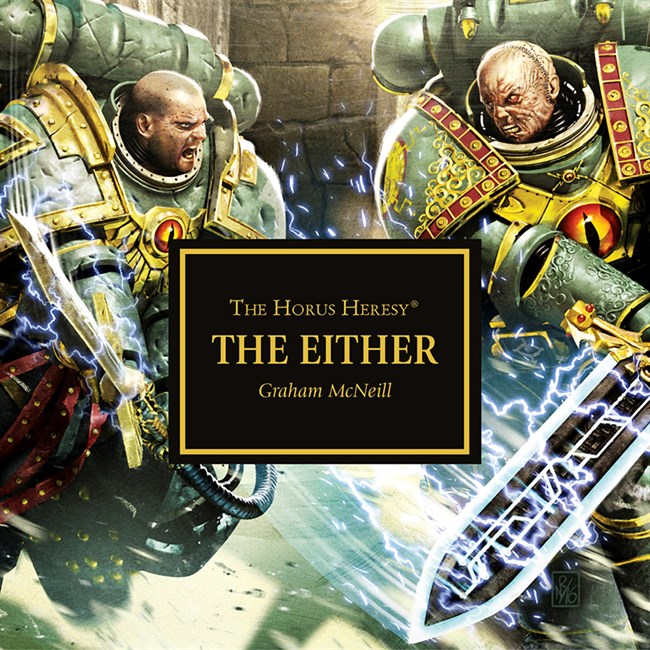 Tybalt Marr, Captain of the Sons of Horus, swears to bring down a thorn in the Warmaster’s side: the commander of the so-called “Shattered Legions”, the infamous Shadrak Meduson.

THE STORY
Captain Tybalt Marr of the Sons of Horus, so often overlooked by his more glory-hungry brethren, returns to his Legion in triumph. However, his boasts of having slain the infamous Iron Hands warleader Shadrak Meduson soon fall flat when he learns of the recent assassination attempt on Horus himself. Gathering his forces upon the conquered world of Dwell, Marr returns to battle against the Shattered Legions, determined to earn his rightful place in history.

LISTEN TO IT BECAUSE
It shows the Shattered Legions from another perspective: the enemies they’re harrying; it also gives a spotlight to a Sons of Horus character who’s been around from the Heresy’s beginning.

Black Library also re-released a ton of books for the Horus Heresy in softcover as well as hardback. You can check the full spread here.

If you’re looking for something a little more contemporary in the time line, there is also a new Space Marine Battles Anthology to check out: Crusaders of Dorn. 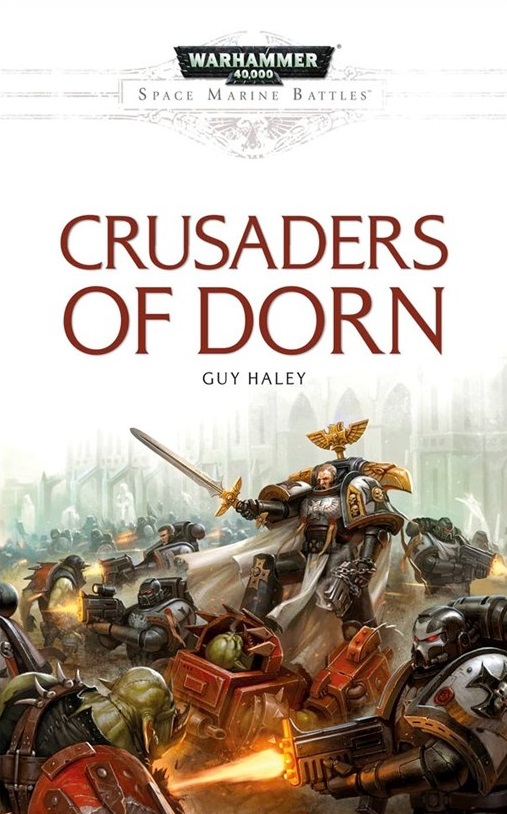 Seven tales of the crusading sons of Rogal Dorn see them take on dangerous aliens in infernal regions, and wage total war on Armageddon – the xenos won’t know what hit them.

THE STORY
For ten millennia, the Black Templars have continued the Great Crusade, remaining true to the Emperor’s dream of a galaxy free of the alien, the traitor and the mutant. One of the few Chapters to venerate the Emperor as a god, they strive always to follow His example and secure His Imperium for all mankind. This anthology showcases seven tales of the sons of Sigismund, including an exploration of High Marshal Helbrecht’s first crusade, and three stories from the Third War for Armageddon.

Includes the short stories Circle of Honour, The Black Pilgrims, Helbrecht: The Crusader, The Uncanny Crusade, The Glorious Tomb, Only Blood and Season of Shadows.

Written by Guy Haley
READ IT BECAUSE
It’s a top quality collection of Guy Haley’s Black Templars short stories, gathered together and placed in chronological order for the first time, including a brand new story.
That’s all for now, but keep your eyes peeled for another chapter in the Red Path series as well as next installment of the The Beast Arises series later this month… 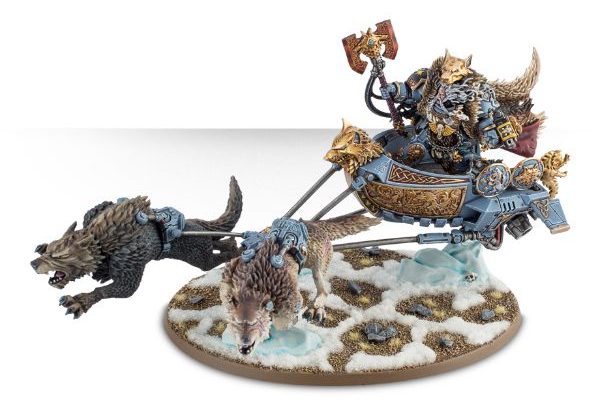 Will the Sons of Russ be able to rescue their Chapter Master or will the Chaos forces be able to take down Space Wolf Santa? Only one way to find out!