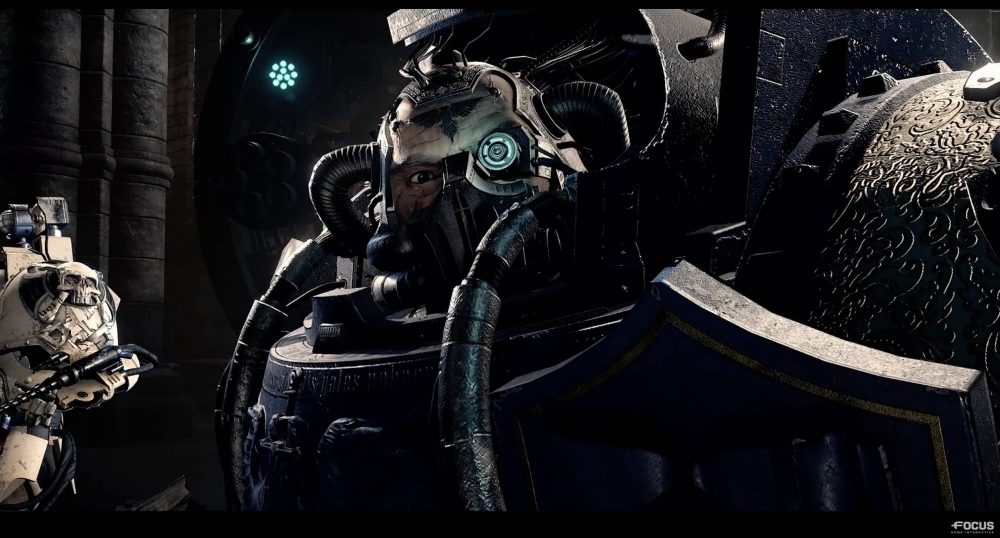 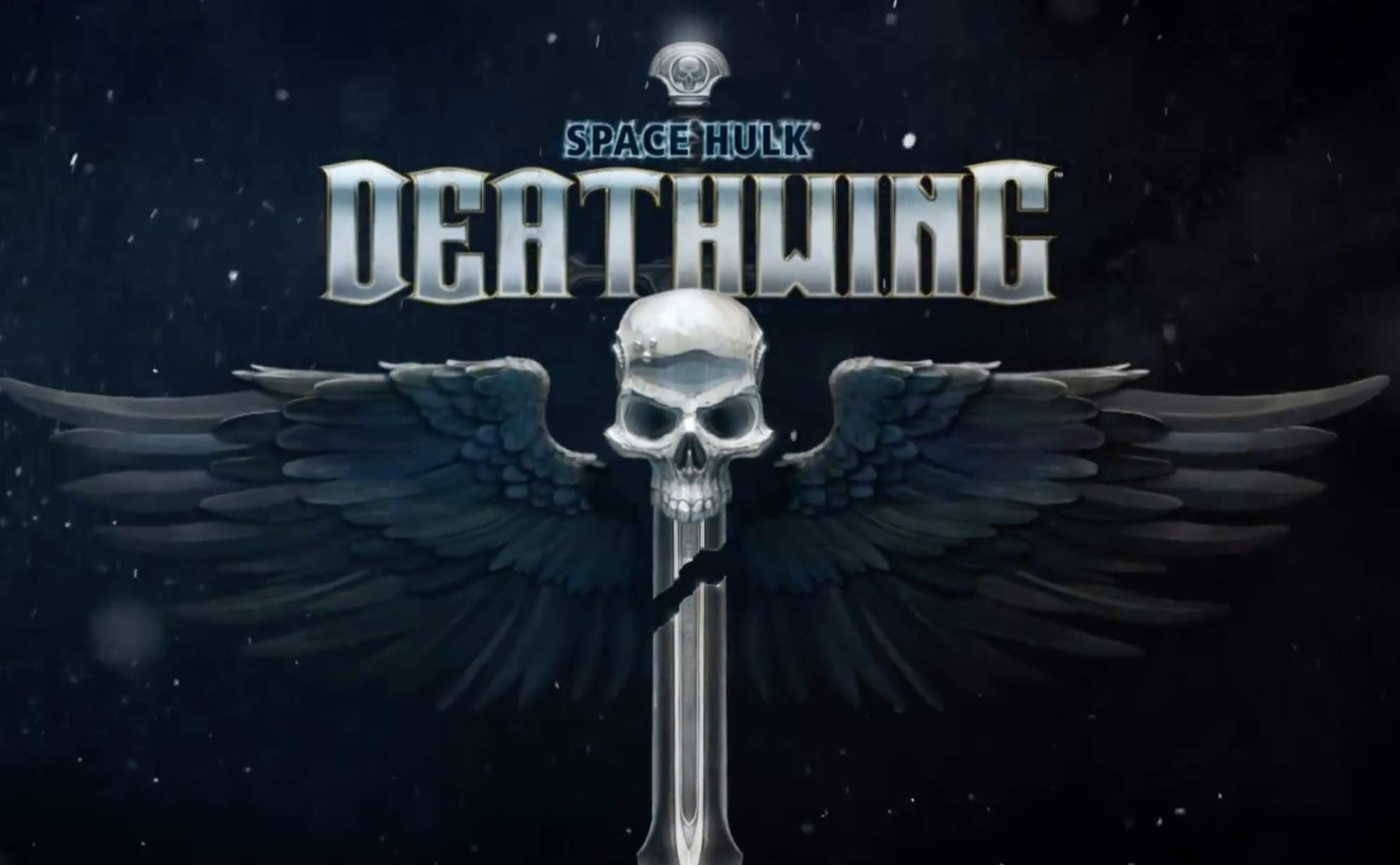 Focus Home Interactive has a new trailer for Space Hulk: Deathwing. You gotta see this!

Play in coop with friends in a Dark Angels Terminator squad of the elite Deathwing, dispatched to eradicate the Genestealer threat on Space Hulk Olethros, a cluster of derelict ships and debris collected over years of war. Playable in single or multiplayer, lead your squad through xeno-infested ships and debris as you search for the source of ominous psychic disturbances.

Your Terminator and your squad can be customized – skills can be learned and levelled up, and you can choose a wide variety of ranged and melee weapons to bring in to the Space Hulk. During battle, command your team to hold choke points, hack into doors, and cover your advance. Nothing is as it seems in Space Hulk Olethros, and with a story co-written by acclaimed Dark Angels writer Gavin Thorpe, you can be sure that easter eggs are hidden around every corner.

Don the Terminator power armor and bring glory to the Emperor in Space Hulk: Deathwing when the game launches in November 2016 on PC!”

Hey – did you catch that? Deathwing launches in November 2016 on PC! 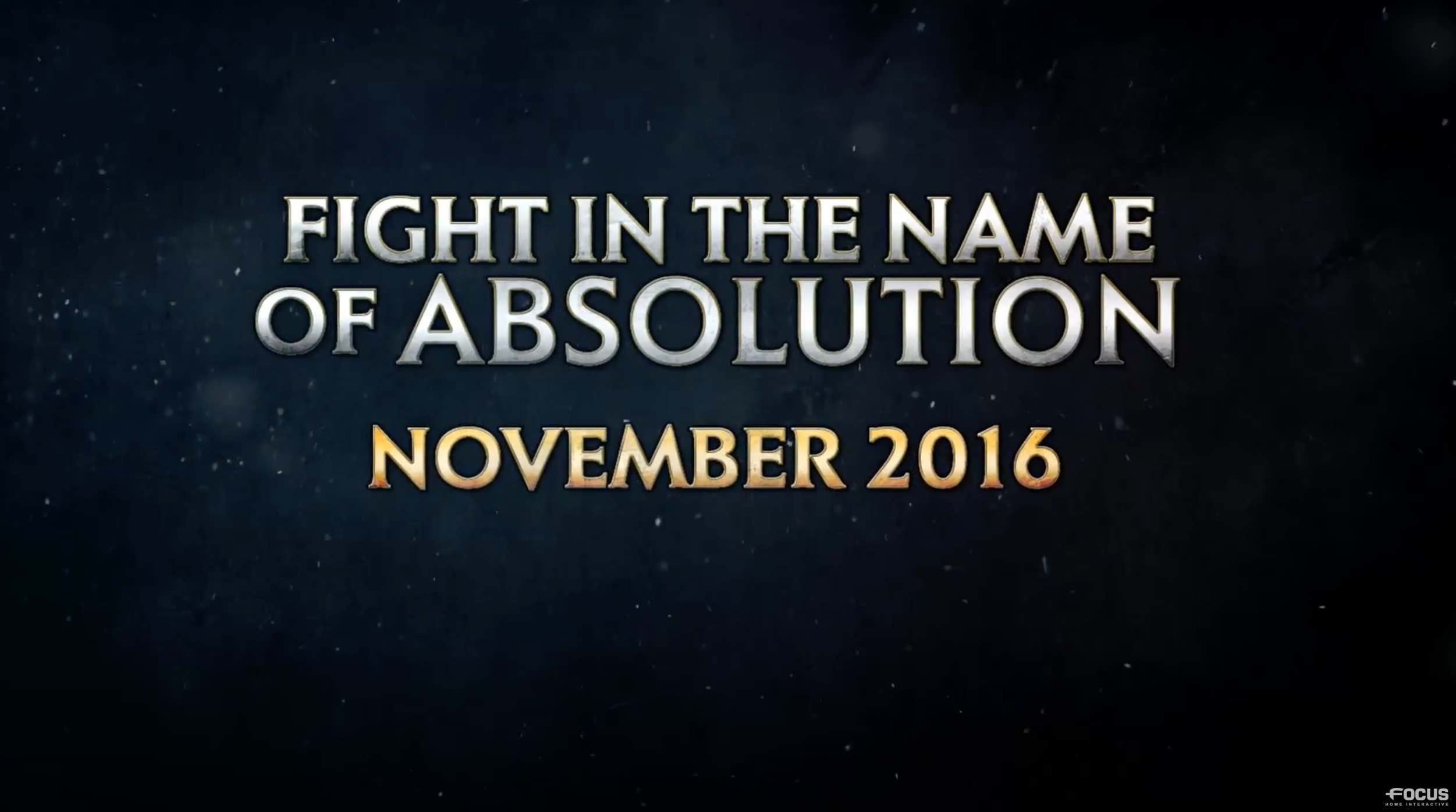 Aside from that AWESOME news here are a few screenshots for you poor souls that can’t watch videos for whatever reason. 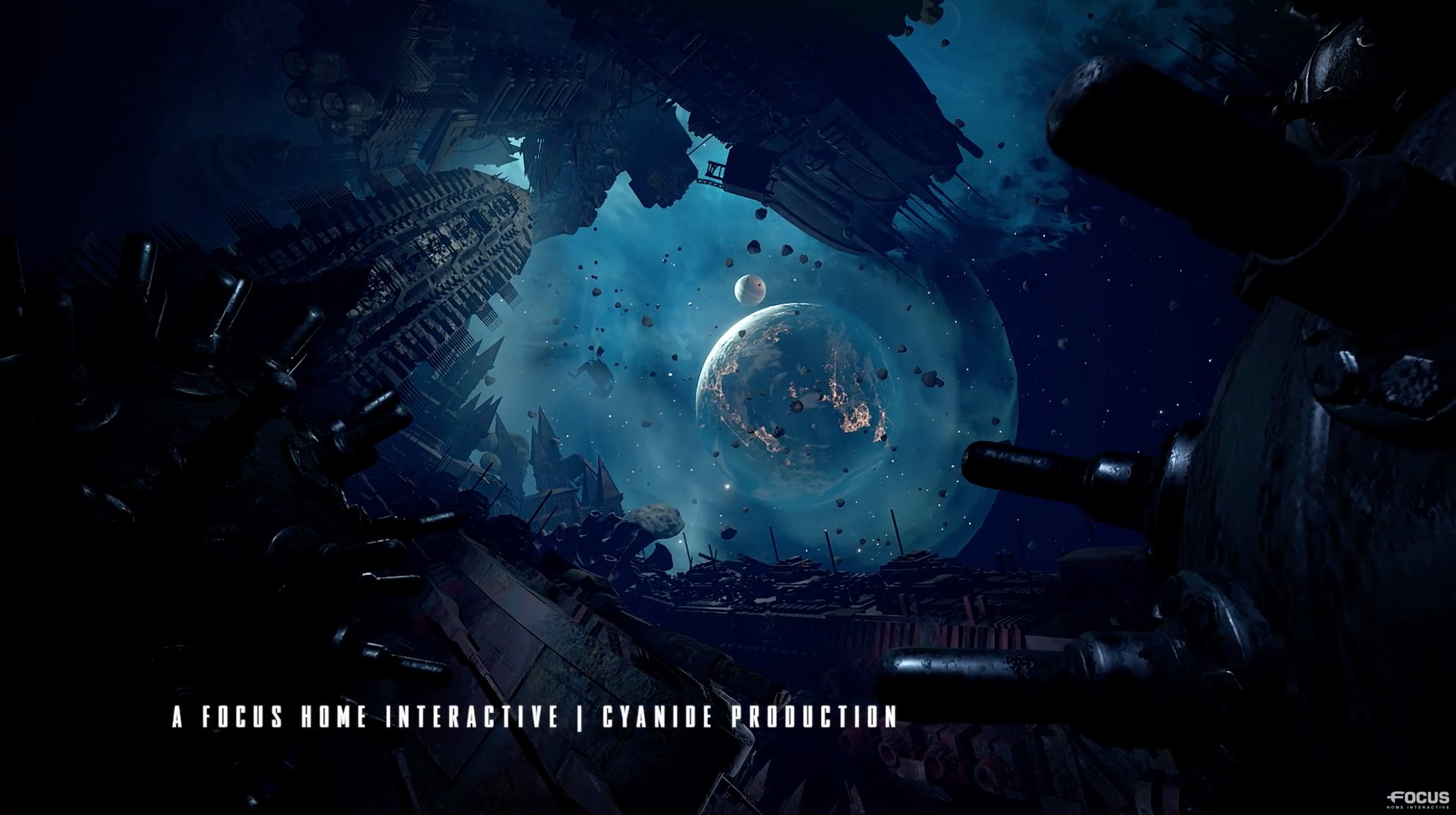 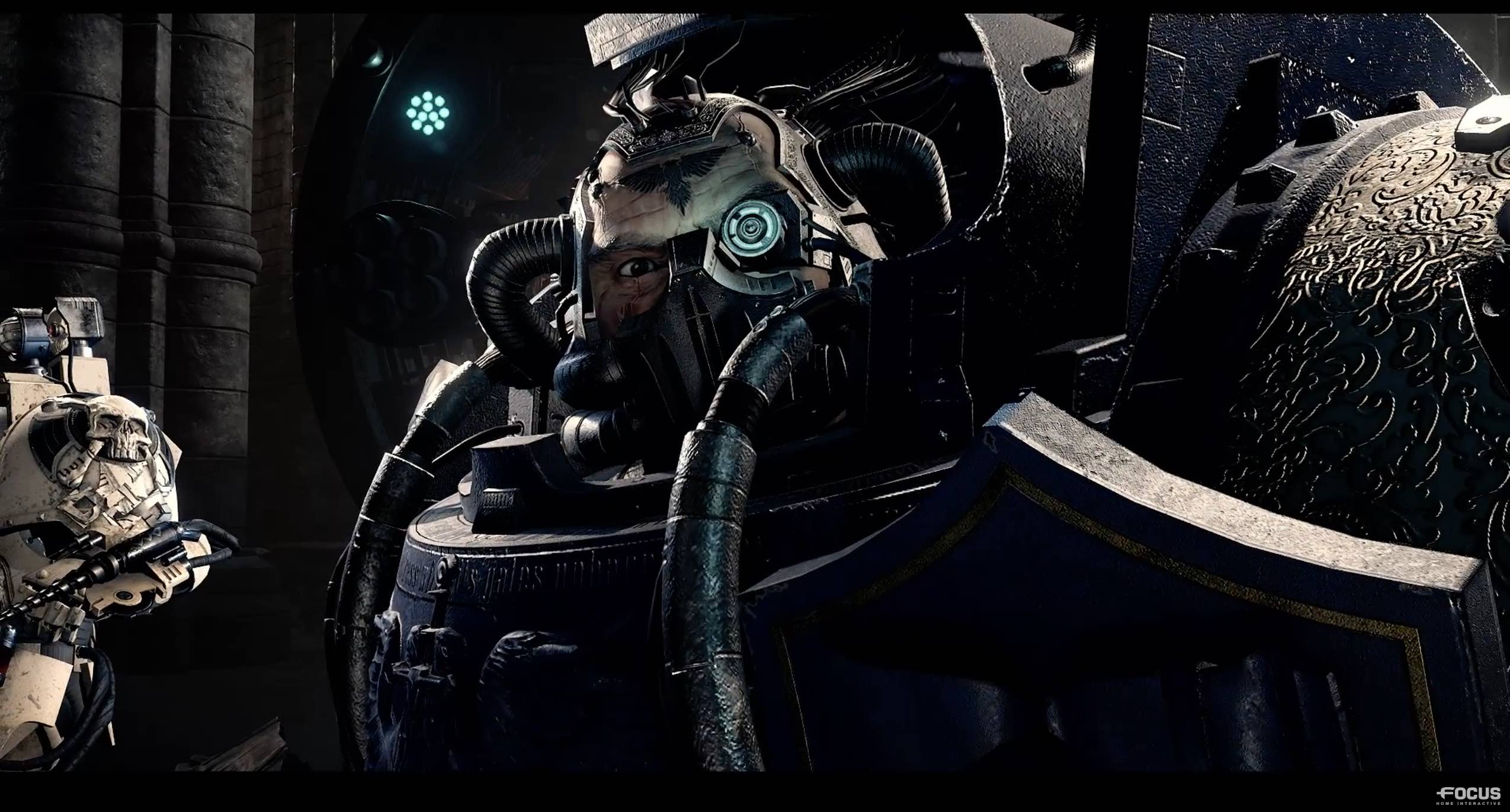 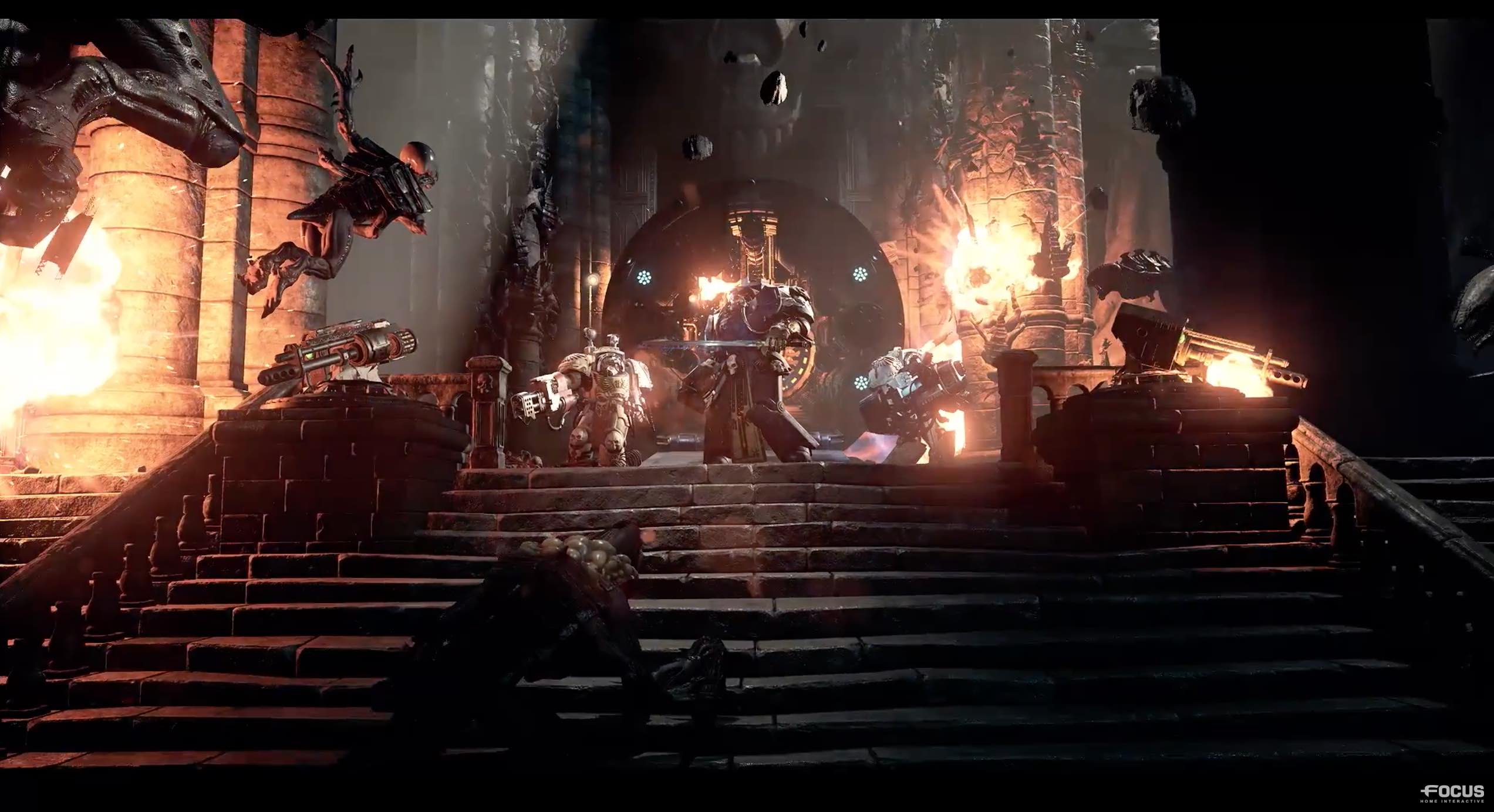 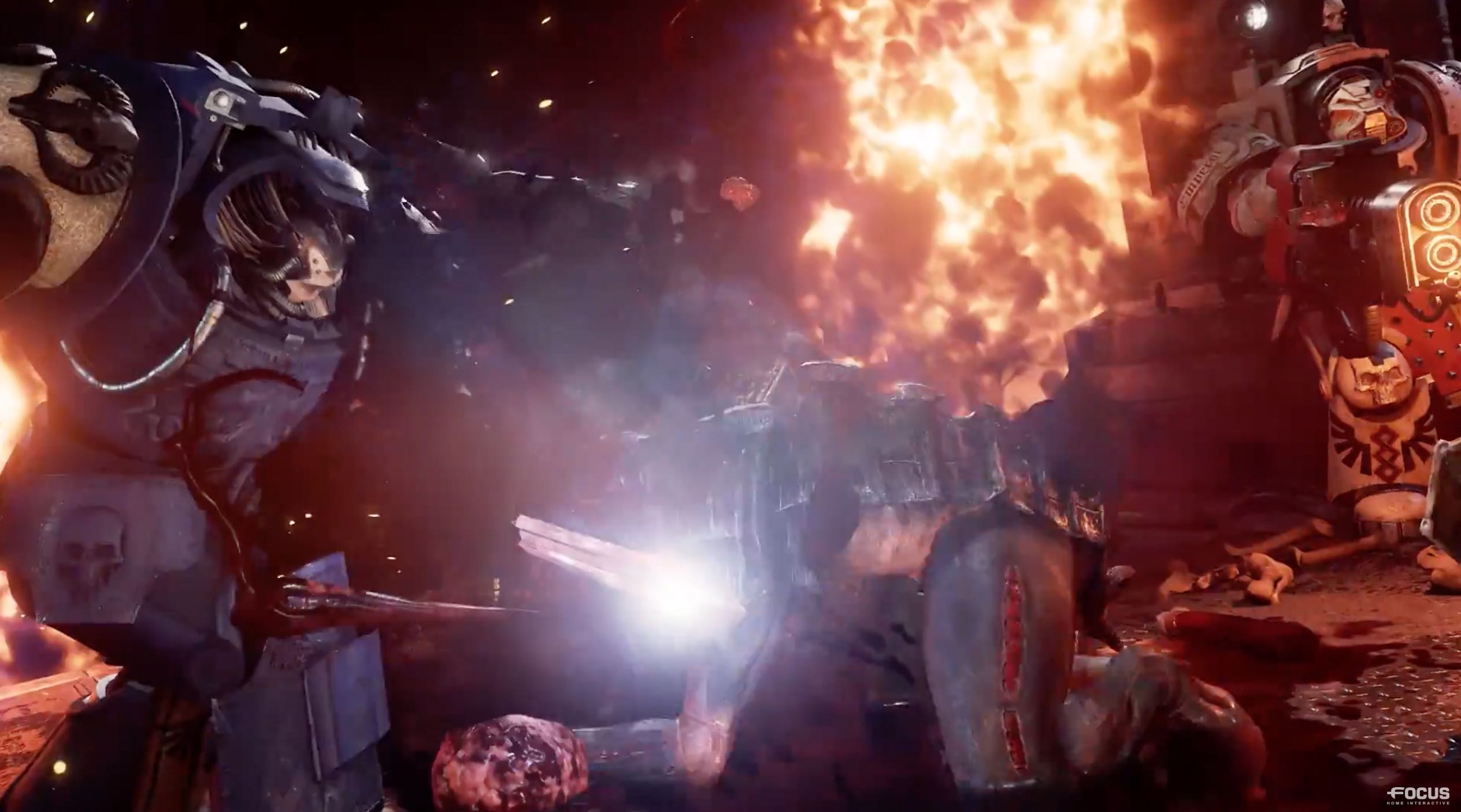 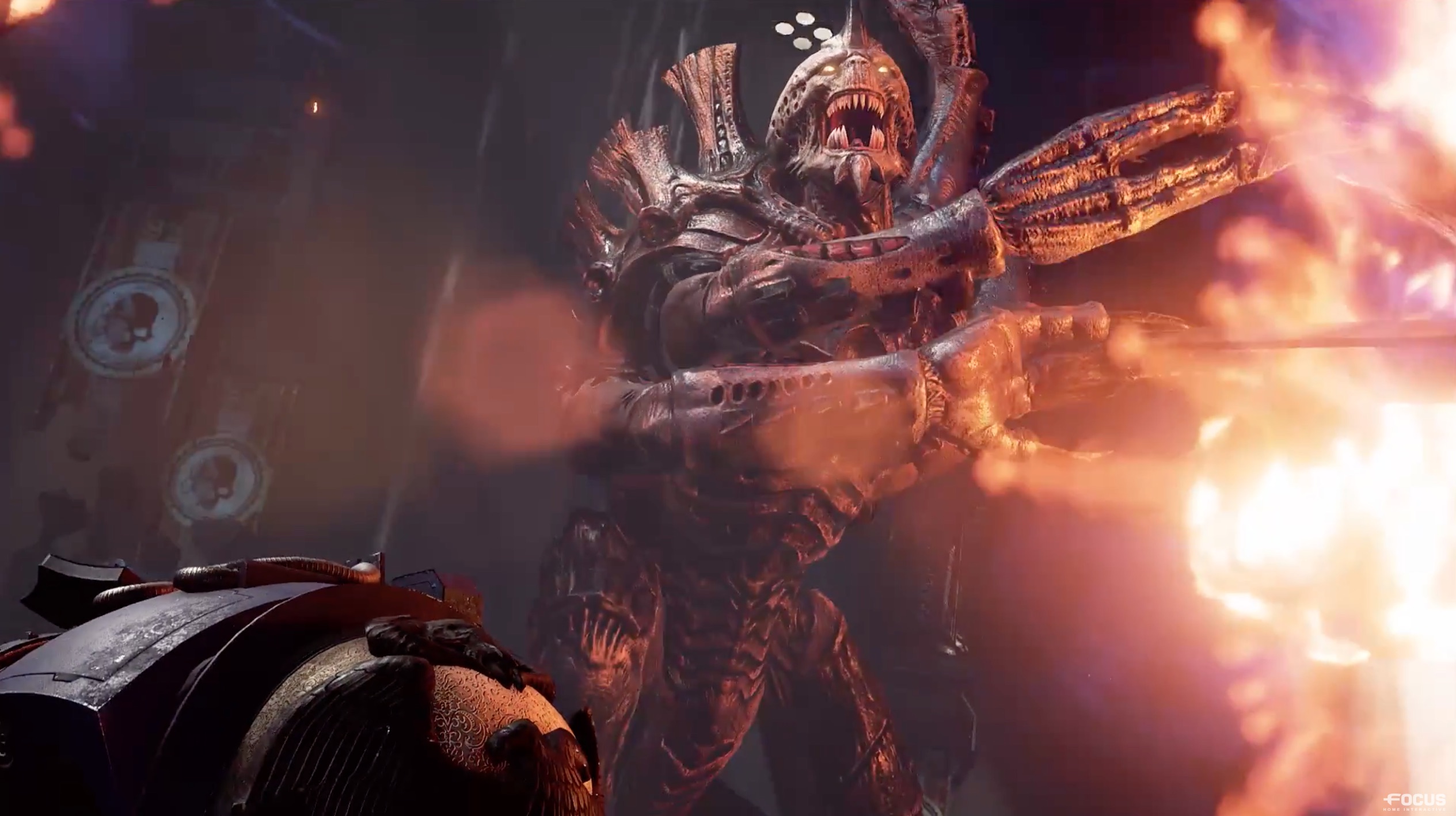 The screen shots don’t do it justice and these are also snippets from a cinematic. So I’m sure there are those folks out there that are thinking “eh, but what does the gameplay look like?” That is a great question… that has been answered already:

I have no words. 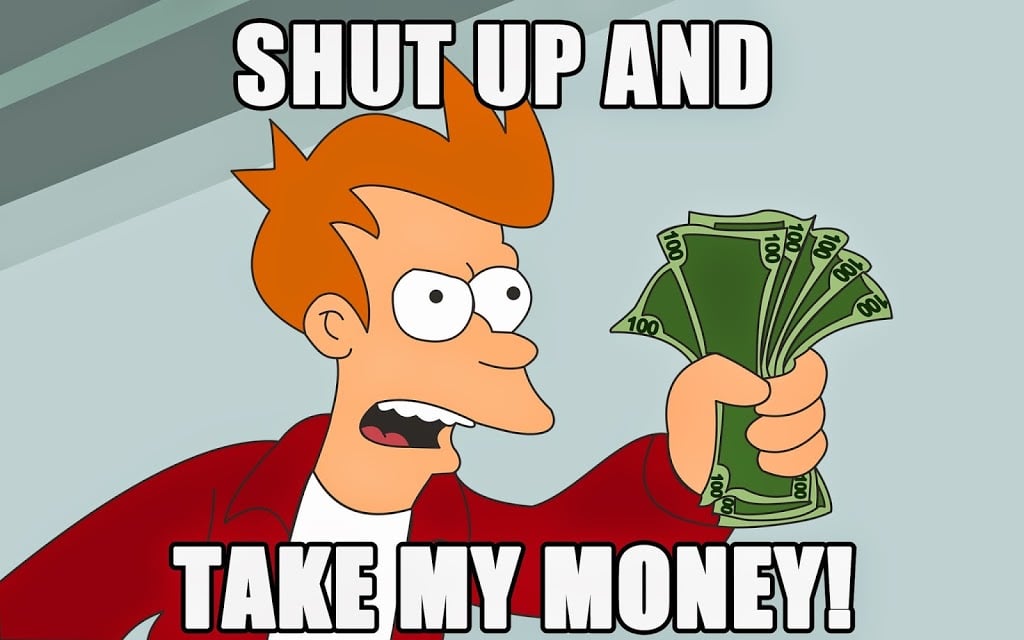 Author: Adam Harrison
Writer, Editor, Texas Native, and Austinite for 15+ years, Adam covers all things Tabletop Gaming. Which includes Warhammer 40,000, Age of Sigmar, D&D, Board Games and everything else that involves dice, boards, cards and a table. A hobbyist, player, and collector of miniatures and games, Adam's current obsession are his Death Armies for Age of Sigmar, his Blood Angels and Tyranids for 40k, and his ever growing Arkham Horror: The Card Game Collection.
Advertisement
Games Workshop Space Hulk Space Marines Tabletop News Video Games Videos Warhammer 40k
Advertisement 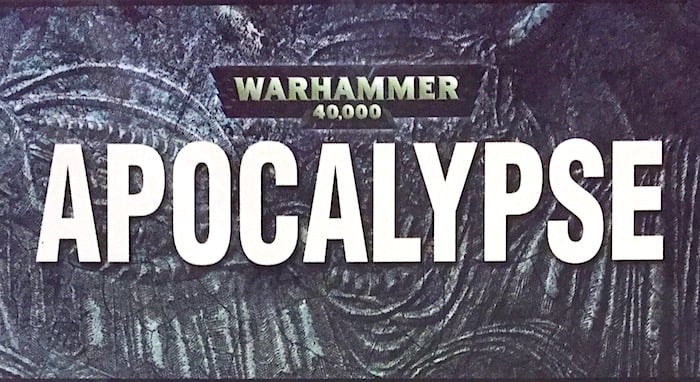