GW has a new edition of the Blood Angels codex out for a price you NEED to see.

GW has repeated the pattern of updating digital versions of codexes to include all the new items for a low low price. Take a look at the Blood Angels latest: 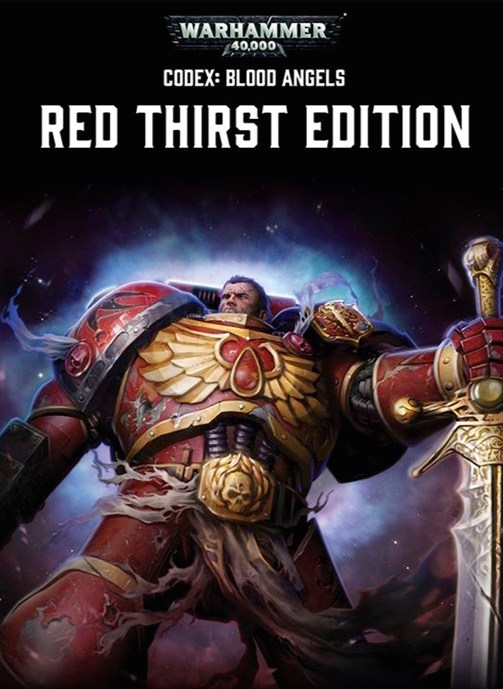 Codex: Blood Angels details one of the Imperium’s oldest and most enduring Space Marine Chapters. Inside you will learn about their history, their heroes and the terrible effects of the Black Rage and the Red Thirst that assail their battle-brothers.

DESCRIPTION
Forged in the flames of the Horus Heresy, the Blood Angels are among the greatest of the Emperor’s warriors. Revered on a million worlds and feared by Mankind’s myriad foes, for over ten thousand years they have fought in the Emperor’s name, earning countless honours and vanquishing his enemies. Yet for all their nobility and renown, dark rumours of a bloody thirst and battle madness surround them, some questioning their very humanity. Whatever the truth, few who have witnessed them in battle can deny their fury or their devotion to the Emperor, and few that stand against them live to tell the tale.

This digital-exclusive Red Thirst Edition combines the content of Codex: Blood Angels with the new Blood Angels rules from Black Crusade: Traitor’s Hate, forming the ultimate collection of rules for the Sons of Sanguinius.

~That Tablet Edition Price of $28.99 is a steal by GW standards.