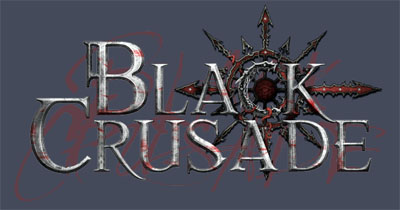 Today we delve into Abaddon’s next cunning assaults on both the Imperium and his rivals – the 5th-6th Black Crusades. 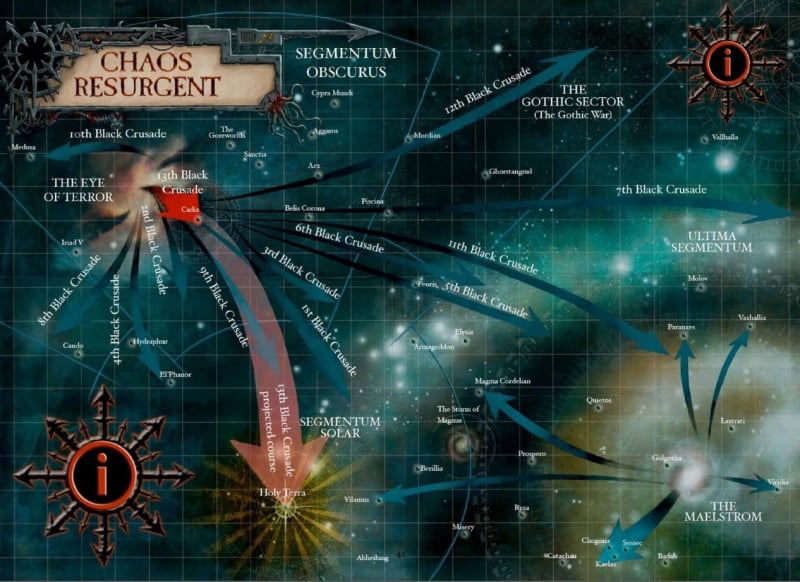 The 5th Black Crusade of Abaddon the Despoiler occurred in 723.M36.

The Fifth Black Crusade included among its many atrocities the scouring of the Elysia Sector, culminating in the destruction of the ancient Imperial city of Kasyr Lutien; where the entire population was sacrificed in a Chaos ritual that split the skies asunder and summoned down the uncounted hosts of the Warp. The Warmaster purposefully fomented invasions on a dozen worlds within the sector, entrusting the destruction of cities, shrines and temples to his warlords while using his fleet to keep the Imperial Navy engaged in deep void skirmishes. It was Abaddon’s intention to create a sector-wide conflict that would provoke a massive response from the Imperium and draw in Chapters of the Adeptus Astartes. His plans set in motion, the Warmaster led the bulk of his Black Legion to the city of Kasyr Lutien on Tarinth, burning the great city to the ground and enslaving its people. When Warhawks and Venerators Space Marines arrived on Tarinth in Chapter strength, they made an immediate assault upon Kasyr Lutien. At the same moment, Abaddon ordered the mass sacrifice of ten million citizens. Their blood funneled via the city’s great canals into a vast lake of gore. Above the lake, the Warp opened up and Doombreed, greatest of all Khorne‘s Daemon Princes, stepped into reality and howled in triumph. Abaddon had made a dark pact with Doombreed, promising it the skulls of an entire Chapter of Space Marines in return for its service. With thousands of Bloodletters pouring forth from the lake of blood, Doombreed waded into the ranks of the Warhawks and Venerators.

The Black Legion then sprang their own trap, and from prepared positions across the city, they opened fire on the loyalists, blocking their retreat. Though they fought without fear or respite, both Chapters fell that day, their warriors mutilated by the daemonic host and their gene-seed forever lost to the Imperium.

Meanwhile while Imperial forces battled against Abaddon’s assault, a Flawless Host warband led by squads of Possessed Chaos Space Marines tormented the agri worlds of Galvan II and Galvan IV. Not only did they smash their way through Imperial defense emplacements – woefully undermanned as Abaddon’s forces kept reinforcements from reaching the beleaguered worlds – but they went on to massacre the populations of several cities in a horrifically violent fashion. They raided temples and sacred shrines, leaving with powerful artifacts requested of them by Abaddon. Not satisfied with their haul, before the Flawless Host exited the planet’s orbit, they destroyed its shipyards and major factories, delivering a critical blow to the Imperium during a dark hour. 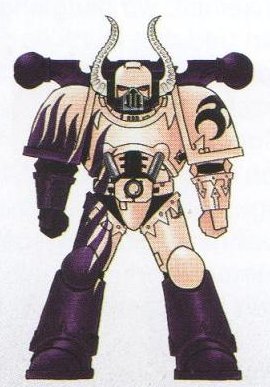 A member of the Flawless Host, who ran rampant during the  5th Black Crusade

During the Crusade, Abaddon conspired to eliminate rival fellow ex-Sons of Horus warband leader Drecarth the Sightless. Forging an alliance with Drecarth and his Sons of the Eye, the Chaos forces assaulted the Forge World of Arkreath. However at the end of the battle while they were celebrating their victory, Abaddon betrayed Drecarth and impaled him on his Power Claw. After the death of their leader, the Sons of the Eye joined the Black Legion. 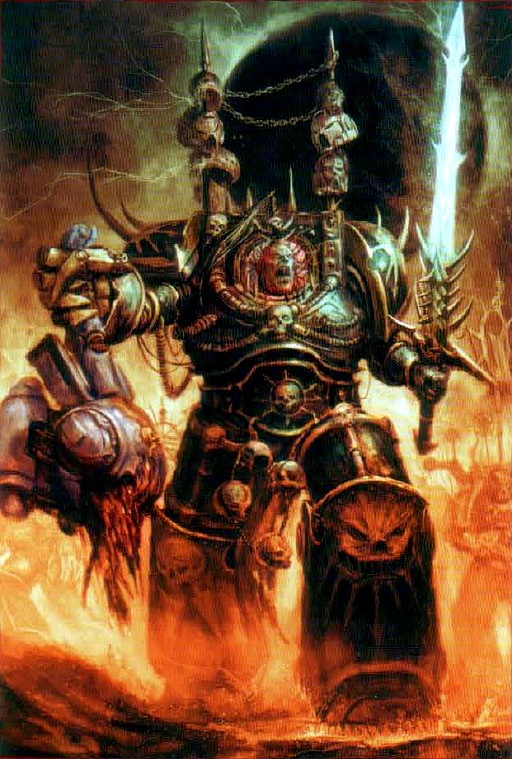