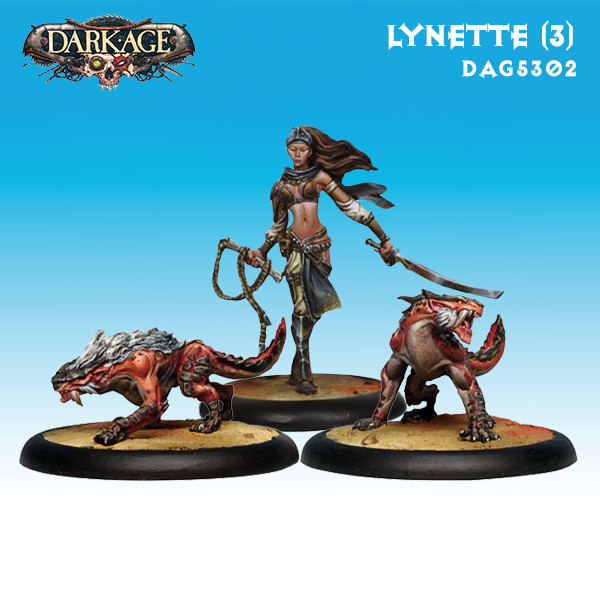 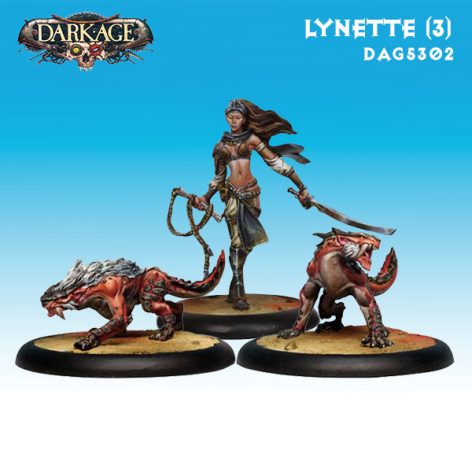 Let’s take a look at some recent Outcasts releases.

While these were released back in June, I think they deserve they’re own article – even if its a bit late. After all, not only are Lynette and these Moloki the final releases for the Salt Flat Nomads, they’re also the last models for the whole of the Outcasts. Now the entire faction is available! 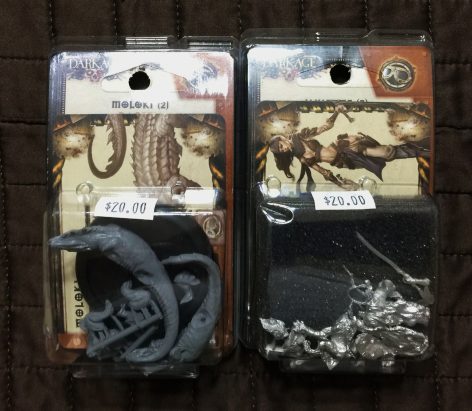 Unsurprisingly they are packaged in blisters. 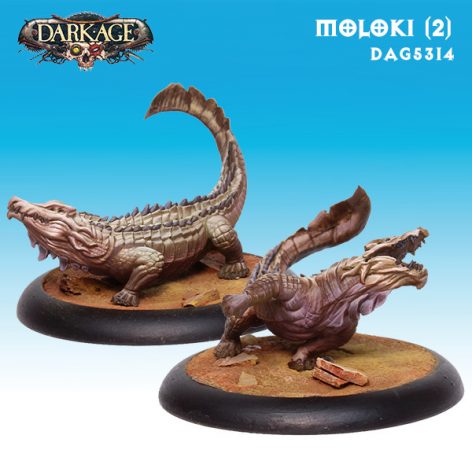 Let’s look at these cool sand crocs first. If you don’t keep up with the Dark Age rules errata, you may have an unpleasant surprise in store for you when you first look at the cards that come with these beasts. They had a recent rules nerf and lost a wound and a little bit of PW on their bite attack. I still think they are worth their cost though. Their two assault groups include an attack with Extreme Damage and another with Arc making them good against multiple weaker models as well as stronger ones. 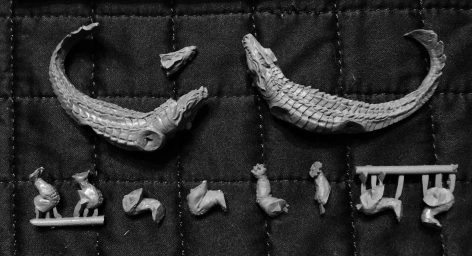 Two bodies, one head, and eight legs make up our Moloki. 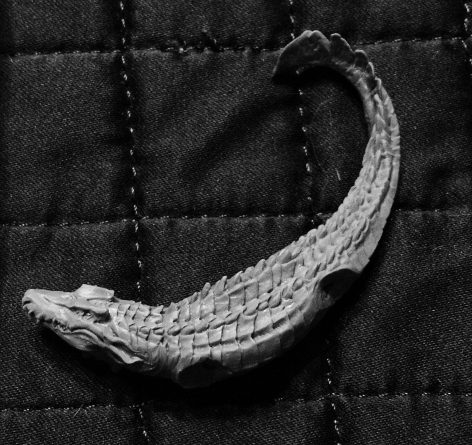 While they are more or less crocodilian in shape, little details like the neck and tail frills, as well as a second pair of eyes give these guys just enough sci-fi flavor to keep them feeling fresh. 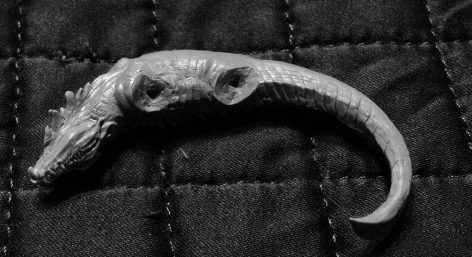 The underside isn’t as exciting true, but I wanted to show off the weird throat pouch. 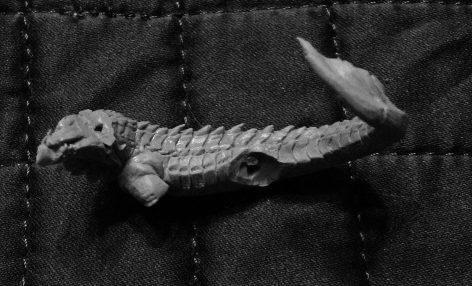 Our next reptile is missing the top half of his head. 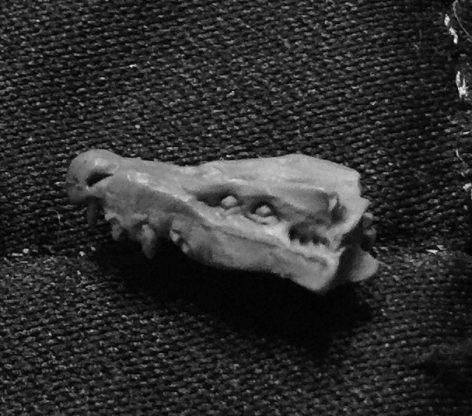 Finally its a sampling of stubby croc legs. There are of course eight in total, but while not identical, they all look more or less the same. One croc leg is as good as the next.

Now for the star of the show, Lynette and her furry pals. 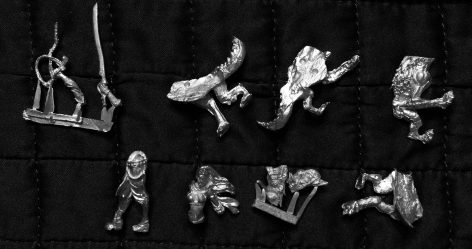 Just like the Moloki, the trio showed up just in time to receive a little nerf in the rules department. Lynette’s two pals, Vox and Ideo, were originally intended as larger beasts with two wounds a piece. This was (imho) rightly judged as too powerful and now they have just one wound each. 125 points for all three still seems like a deal. 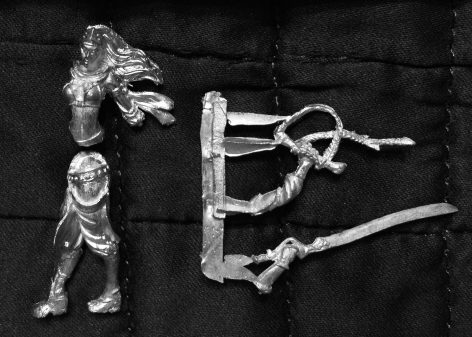 Lynette here is pretty exciting to me because, as the Master Herder, she and the Moloki were the last pieces required to play a cool beast themed list for Salt Nomads. 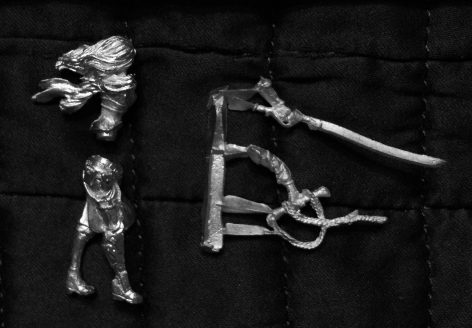 And for those who really love lists with a theme, Lynette is also the last member of the Durshe tribe to receive a model. For exactly 500 points, you can now run Lynette, Bendahrin, Kane, and Blades. If you’ve read the Outcasts book, you’ll know that these four grew up together going on all sorts of adventures. The narrative currently has Blades as the estranged brother, but with this list, you can bring the tribe back together.

Judging by the art on the cards, I think this is Vox. Although these two beasties have the same rules so I guess it doesn’t really matter.

I guess that makes this guy Ideo. 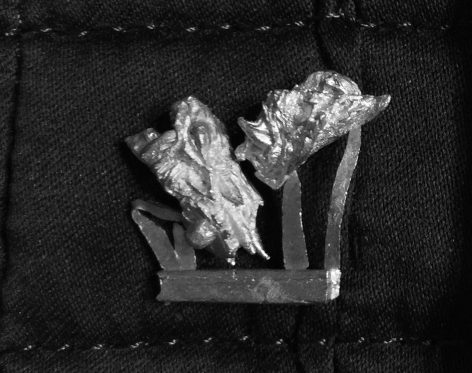 Here are the duo’s two heads. Those are some serious fangs. You don’t want to be the one to get bitten by those.

~Hope you enjoyed the article! Do you play Outcasts? If so, do you prefer these Salt Flat Nomads, Slavers, or generic Outcasts?