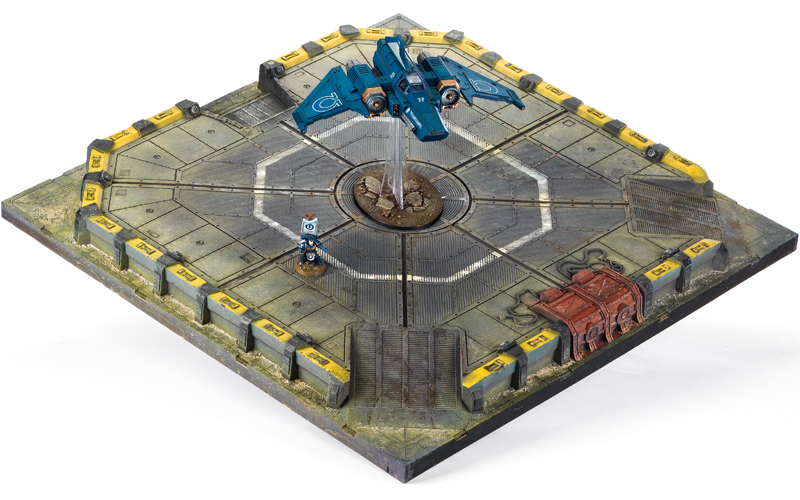 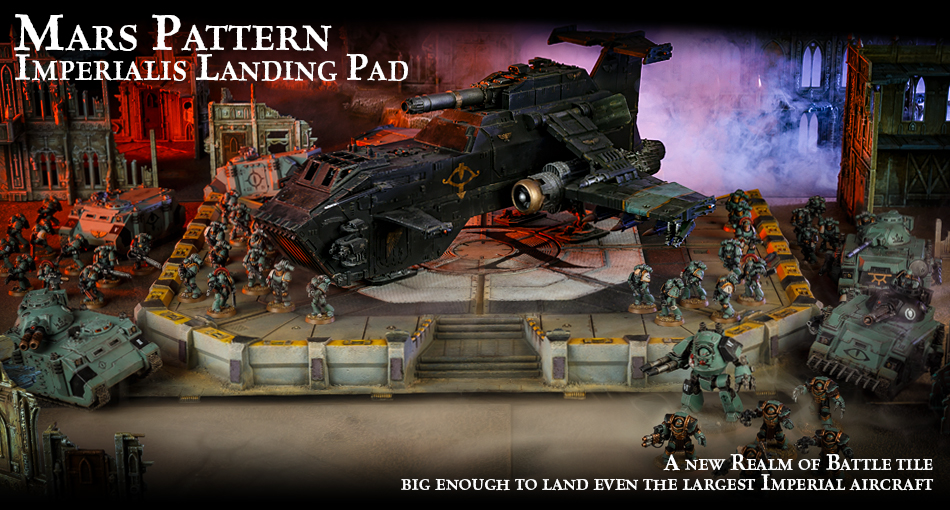 If you’re looking to land on a Realm of Battle tile you might as well land in style with the new Imperialis Landing pad from Forge World.

A brand new Realm of Battle tile is ready to order today. The Mars pattern Imperialis Landing Pad is a great addition to your battlefield.

It’s perfect for landing super-heavy aircraft, especially when you see the alternative to carefully setting down your massive, troop carrying gunships – the Realm of Battle Crashed Thunderhawk! 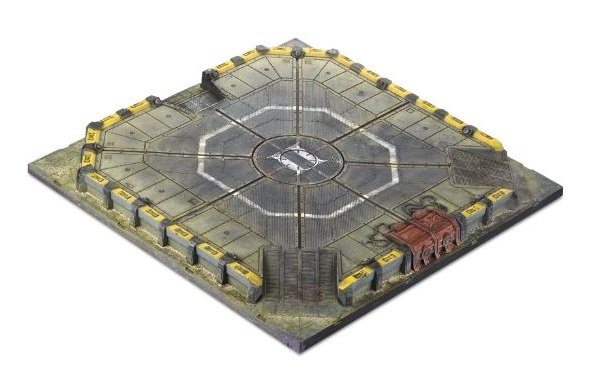 Much larger than standard Landing Pads such as Skyshield, the Mars Pattern Imperialis Landing Pad has been deployed on hostile worlds since the earliest days of The Great Crusade. 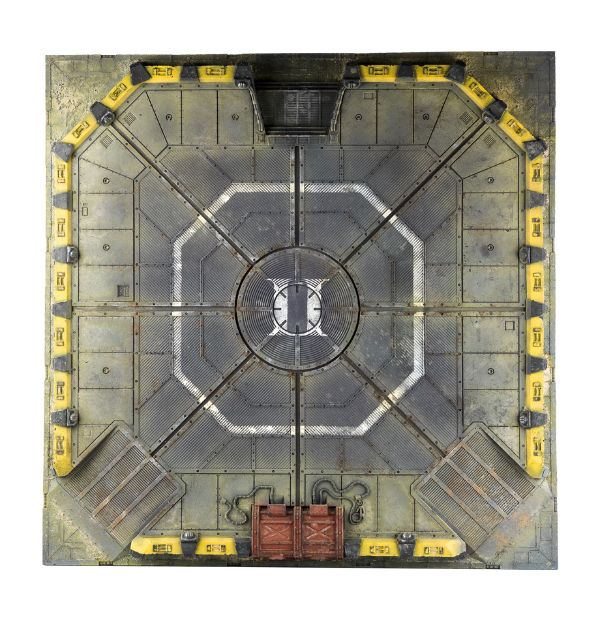 Prefabricated in sections for rapid deployment, the size of this Landing Pad is such that it can accommodate a Thunderhawk Gunship, or even the goliath Sokar pattern Stormbird, with ample room for its full complement of troops to disembark. 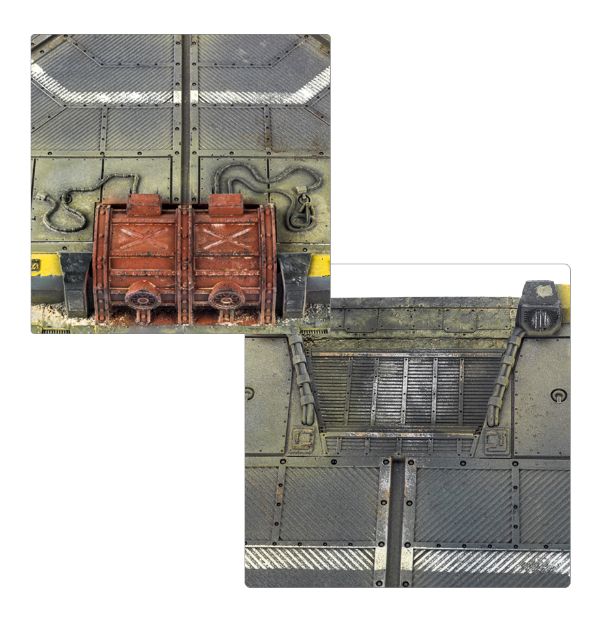 The Realm of Battle Mars Pattern Imperialis Landing Pad is a modular Realm of Battle tile made of a lightweight and durable hollow resin. It measures 2′ x 2′ (610 mm x 610 mm) and is designed to fit with other resin or plastic Realm of Battle gameboard tiles. 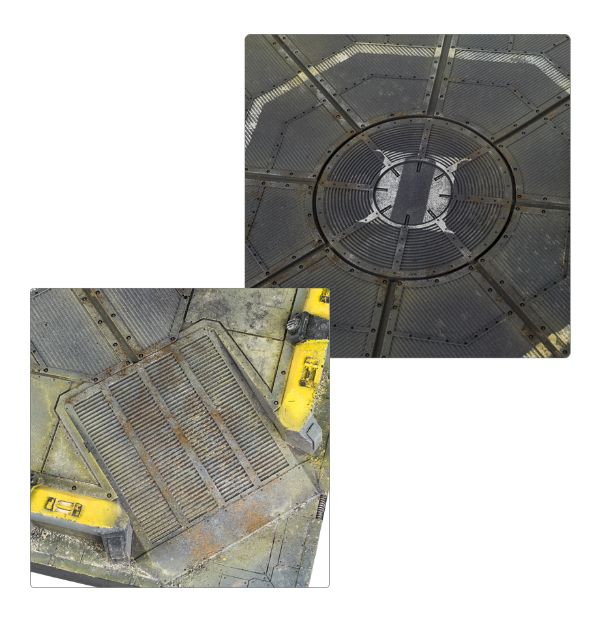 I’ll let you guys decide if it’s worth the price tag but I will say I would jump at the chance to play a game with this as the centerpiece on the board. And hey – if you did want to get a hold of this board you’re only £45 away from getting Free Standard shipping from Forge World – at least through September 15th. 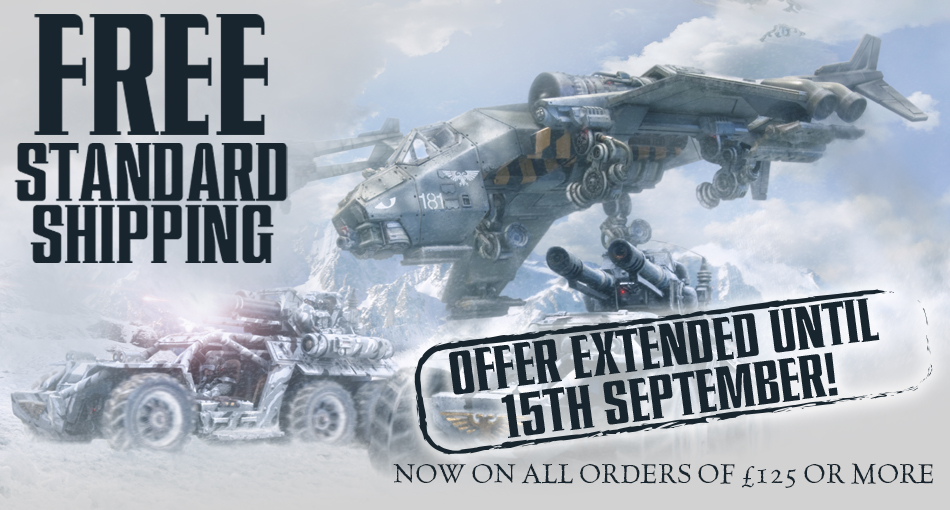 I mean if you’re going to order this Landing Pad there is bound to be another handful of item’s you want from Forge World to push you over that shipping threshold. Between the Heresy Shoulder Pads I’ve been eyeing, the Leviathan Dreadnought and possibly a Dreadnought Drop Pod, I know I could totally get an order over £125 together. Now if only my wallet would stop hiding from me…

What’s your take on the Forge World Landing Pad?