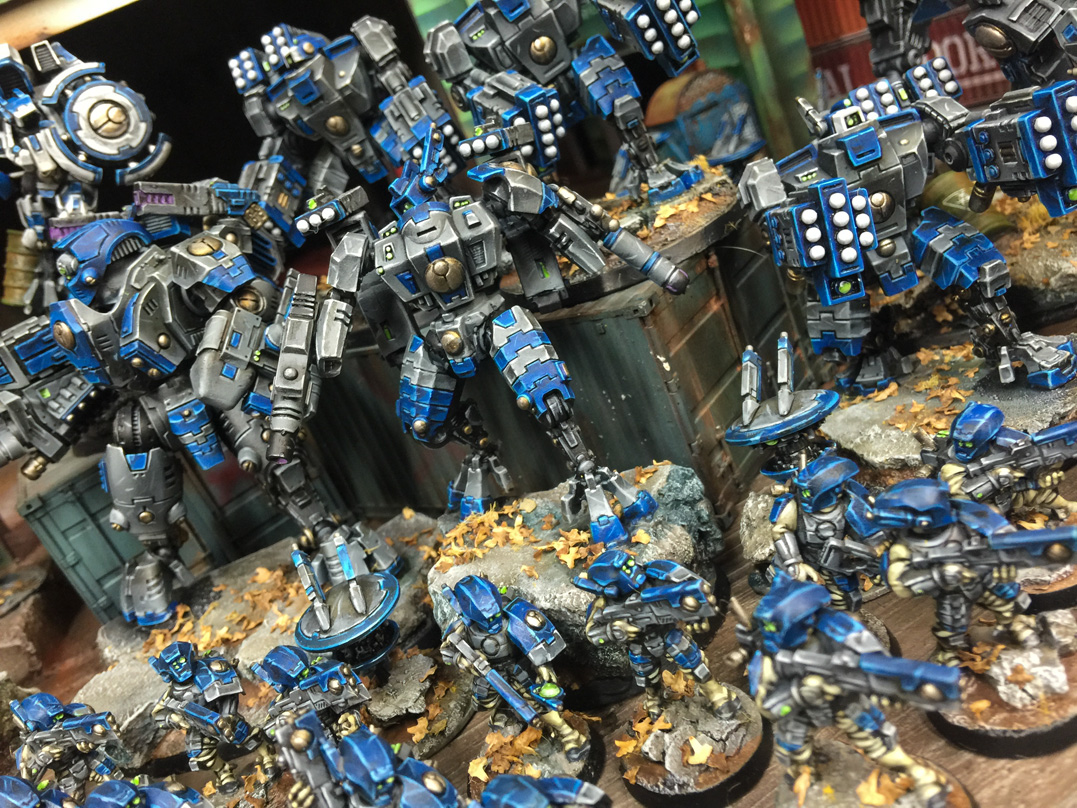 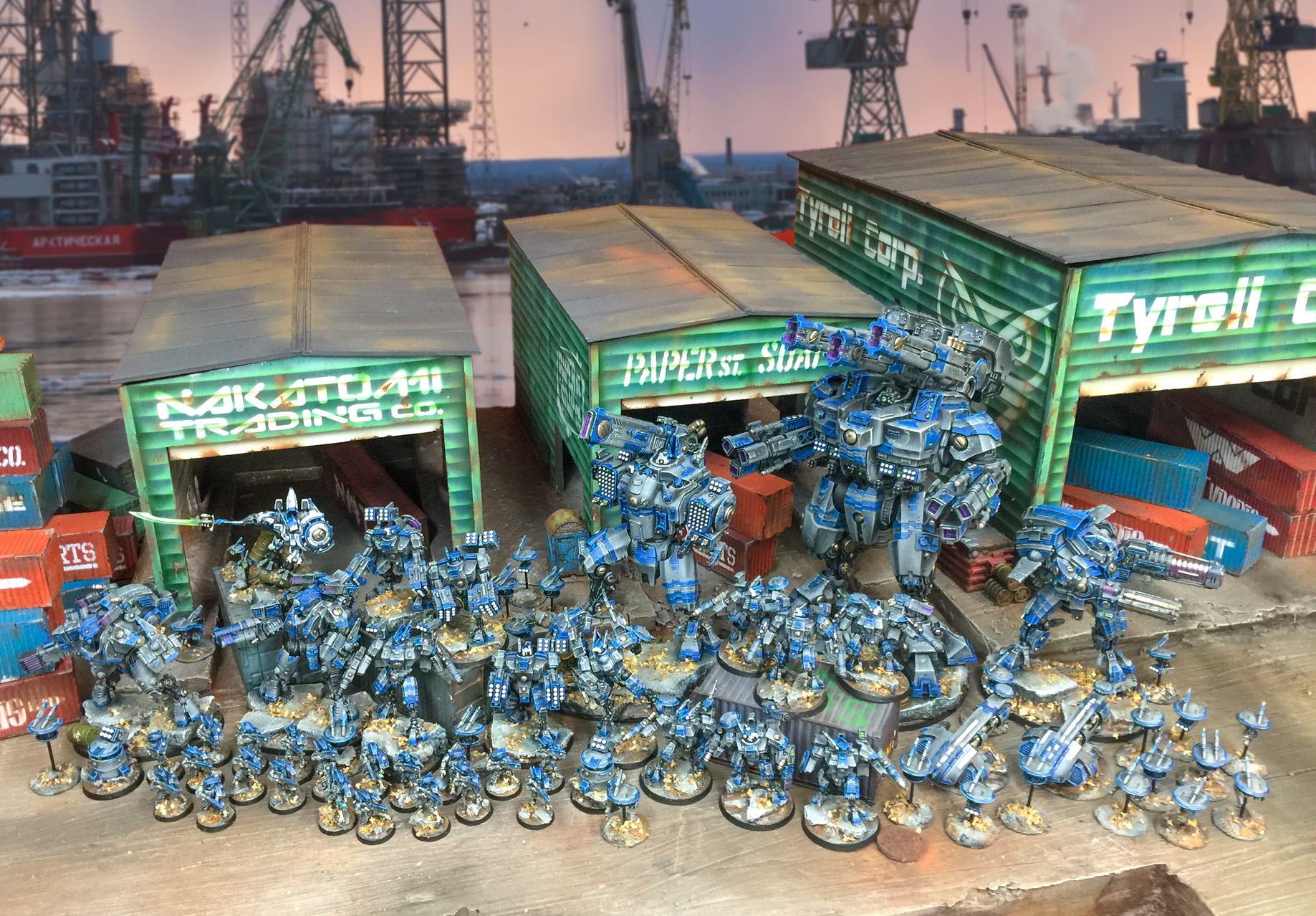 It was between the last commission and this one the new Commanders and Suit kits released, so the customer wanted a few of those as well.

The Commander is a nice kit to have, with surprising options for such a small box and single model.  It made for two very different models with options for jet packs, some armor plating, and Wrathlord style hand options.   Overall a big upgrade from the old half Finecast kit.

The regular suits now come in a three model kit, which seems to be the norm with most larger model “unit” kits across 40k and Fantasy – you have each model on an individual sprue with the special parts sort of placed across teh kit, so not every sprue is actually the same.  My only wish, although it is still a huge upgrade from the old vanilla suit kit, was more of the gorget style front plates. Really like those and would love a unit of them without bit ordering.

Anyway, that wraps up coverage of the army itself.  I do have a few fun picture sets coming, plus will be doing several articles on making the backdrop.  Thanks for looking, and until then! 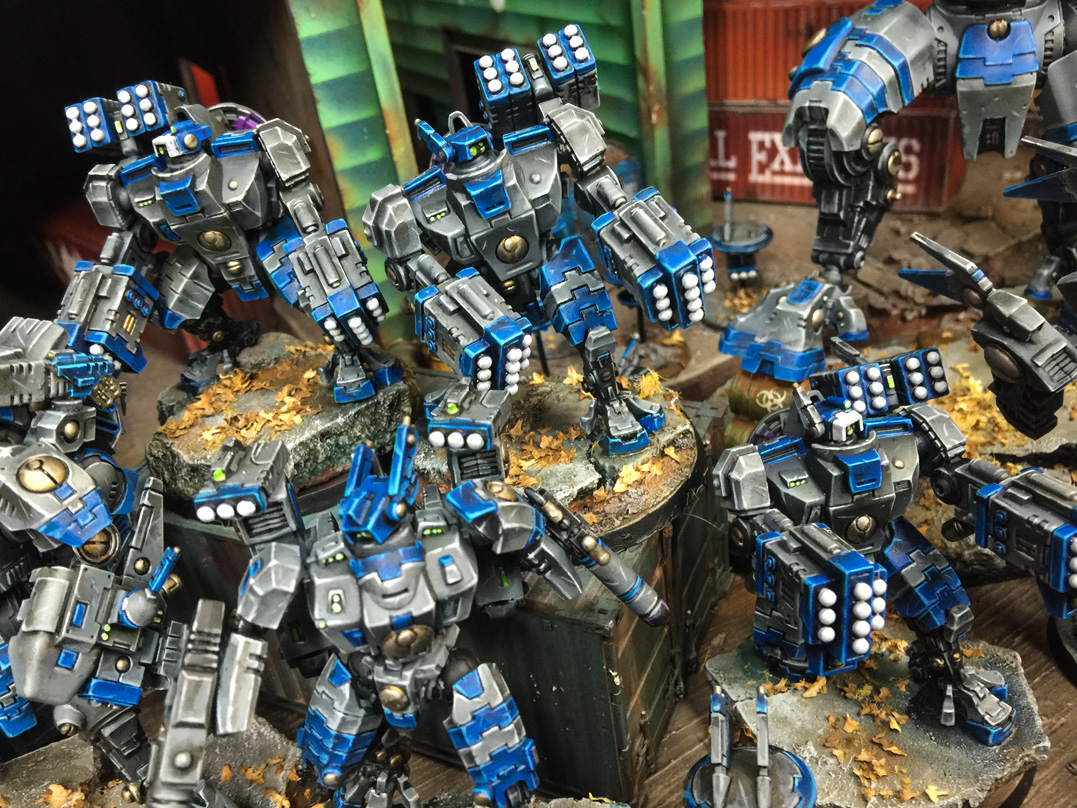 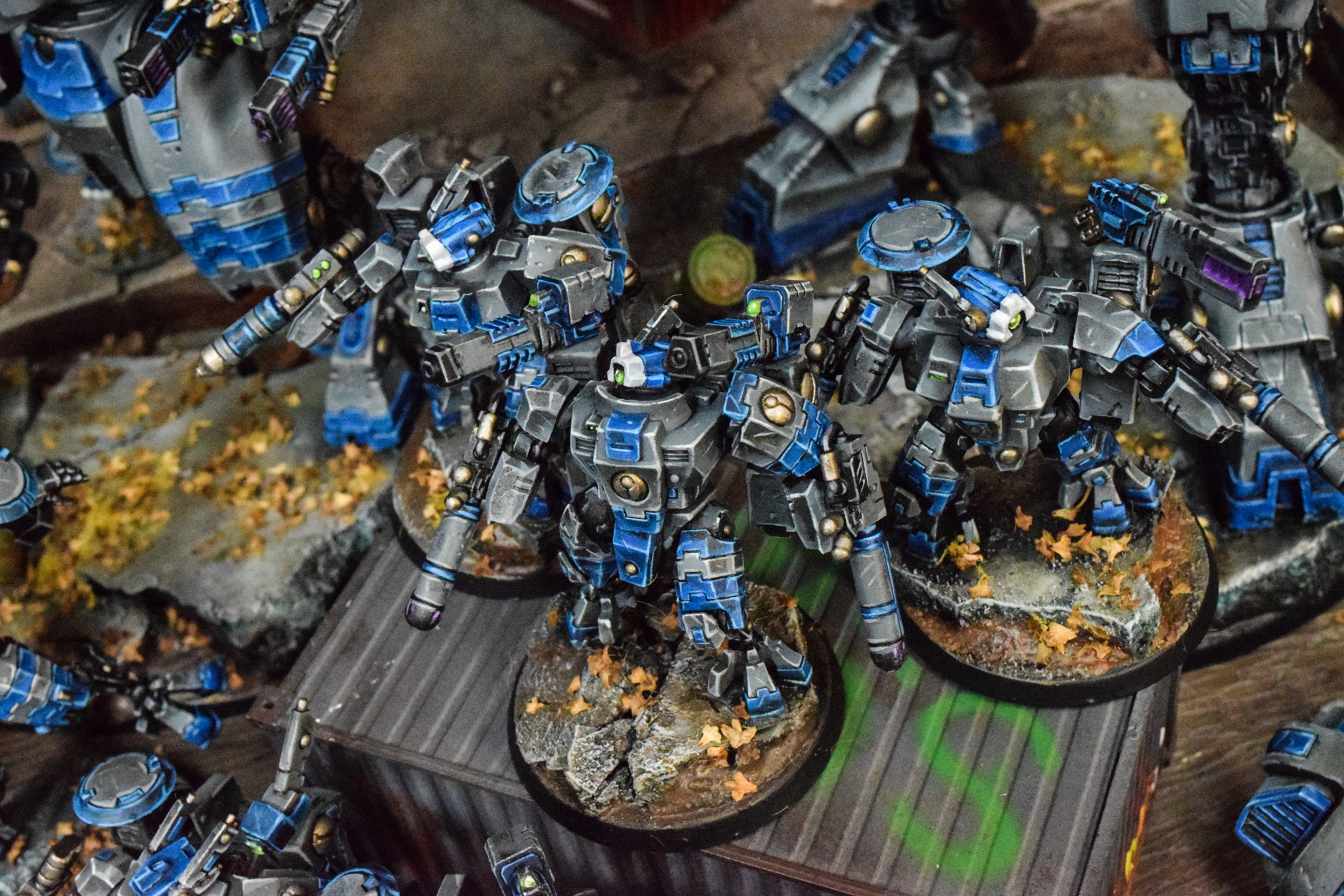 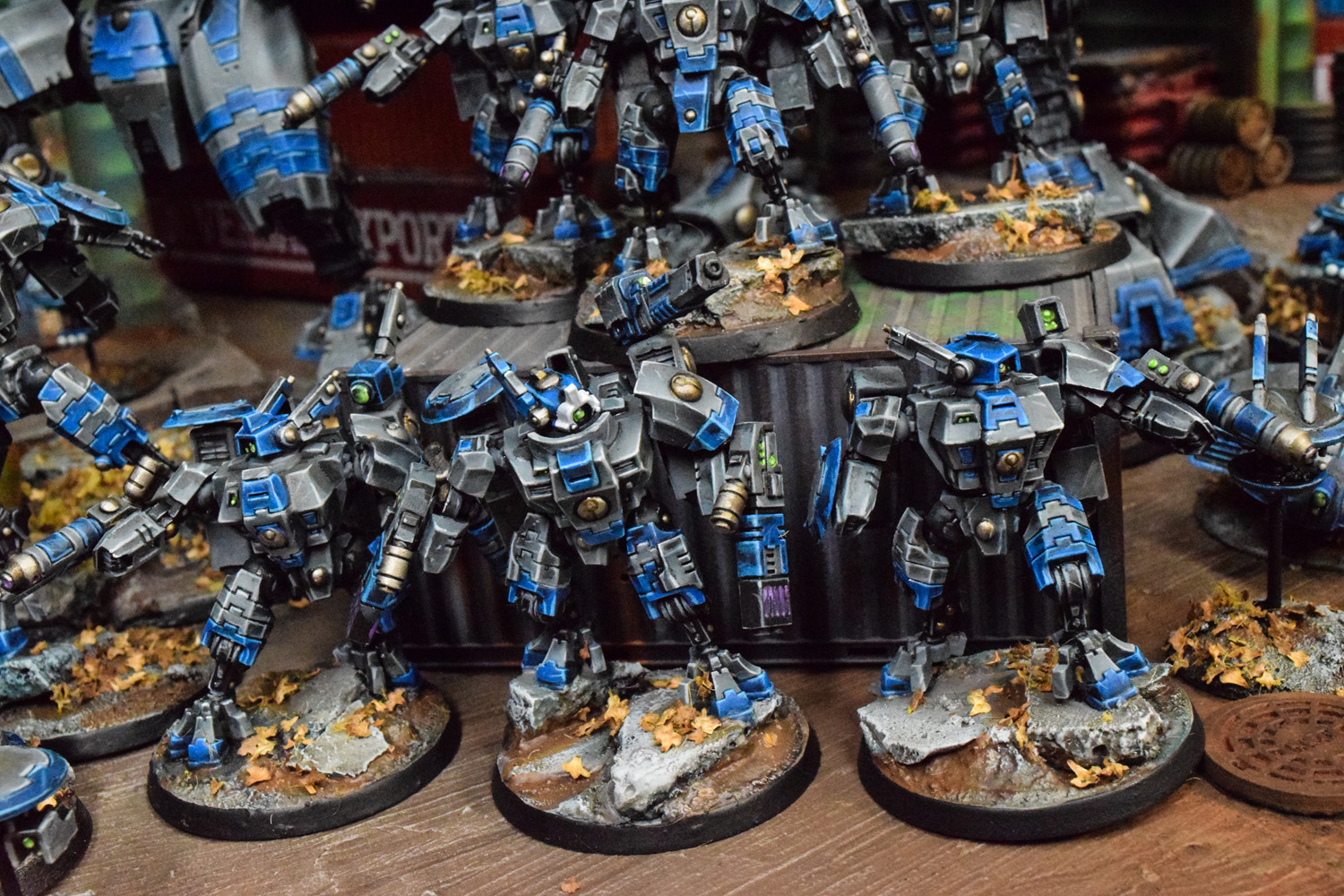