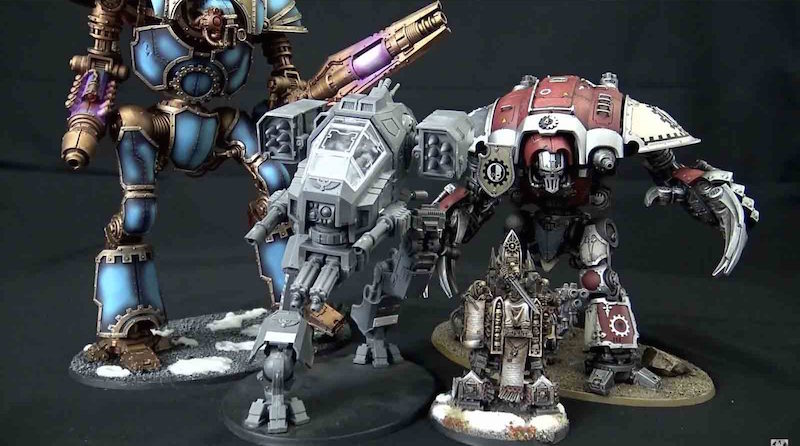 Today, we’re releasing the hounds and looking at oldie but a goodie, the storm hound walker, in today’s hobby showcase showdown!

Welcome back hobby maniac’s, we’re doing a bit of flashback slash hobby showcase to get us not only some nostalgia but also some hobby juice flowing.

This little guy,  I call him the Storm Hound Walker, was made about 5 years ago when the Storm Talon First came out. I was looking at the Storm Talon and thinking about the neat things I could make with the model; This is back when Games Workshop released black boxes to the stores and let us figure out how to make them; and of course how to pitch them to people to add to their  own armies. When I first assembled this little guy I got a lot of positive feedback but I never really put him into play because I didn’t have much of a use for him. 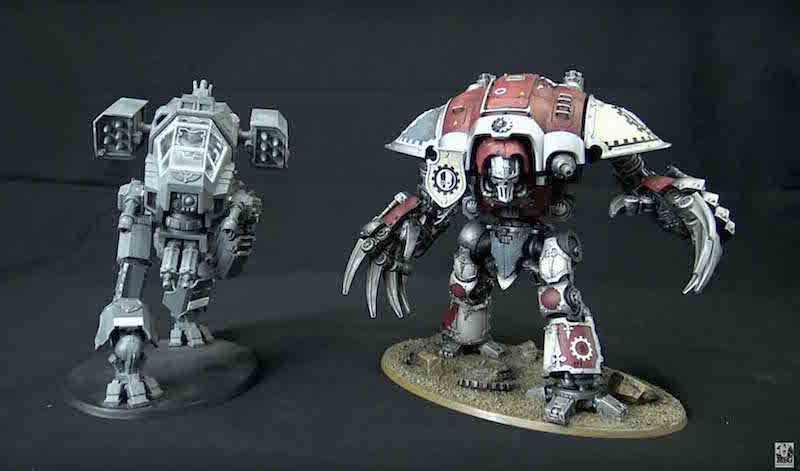 When the knight titans came out I said, “oh hey, I could use this as a counts as titan!” but I never did that either. 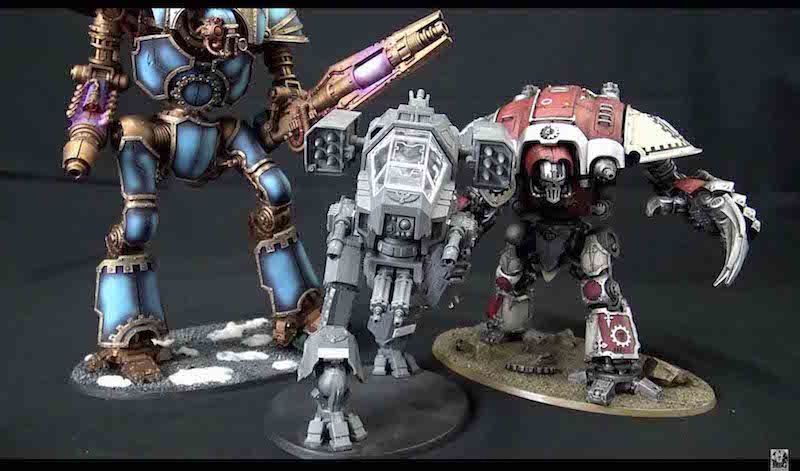 So, what’s this thing made out of?

The key was inverting the arms, so that the shoulder joints are the ankle joints. I used a leather punch to add some rivets and removed the spikey bits off the armor plating. I left the jets because I felt that most walkers need a bit of helping moving around; they’re giant slabs of armor plating. Plus I think it looks good. 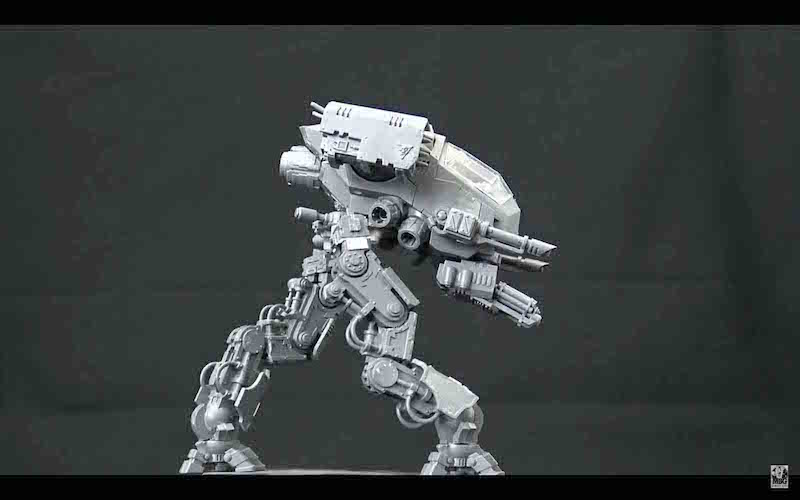 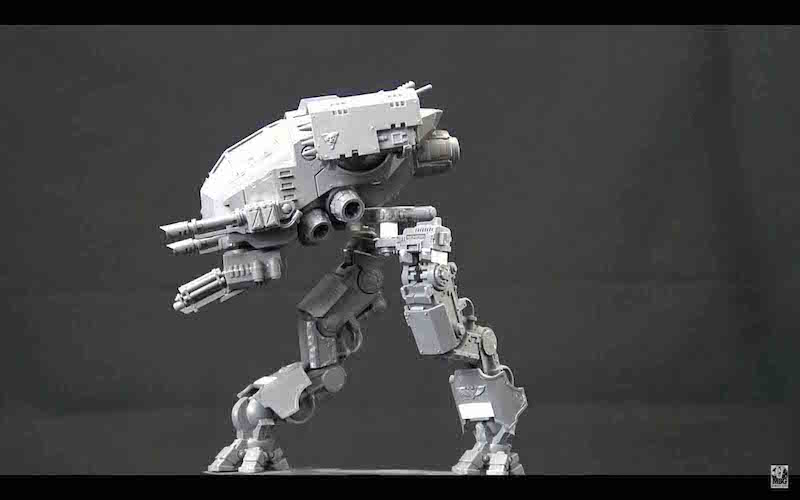 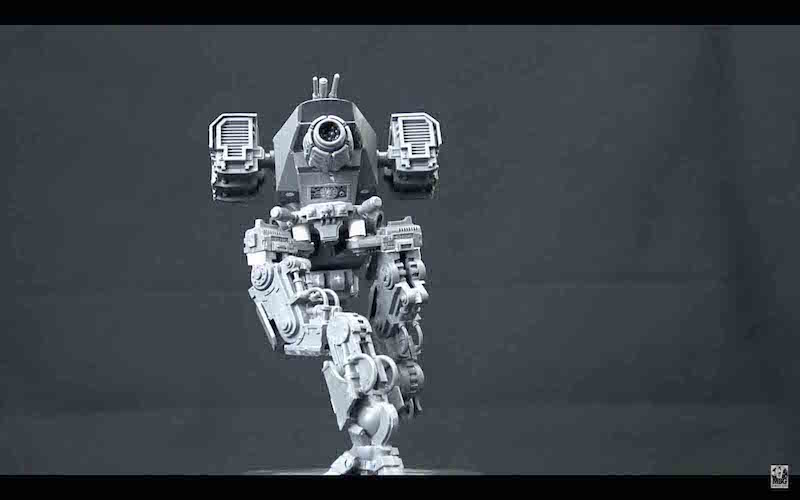 The telescoping tubing set was really critical to getting this thing together right. All in all it’s just a lot of basic hobby skills that I think anyone can do. Price wise, I would say this project will run you about 110-120 in parts off eBay, less if you have friends that you can give you some good deals on the parts. 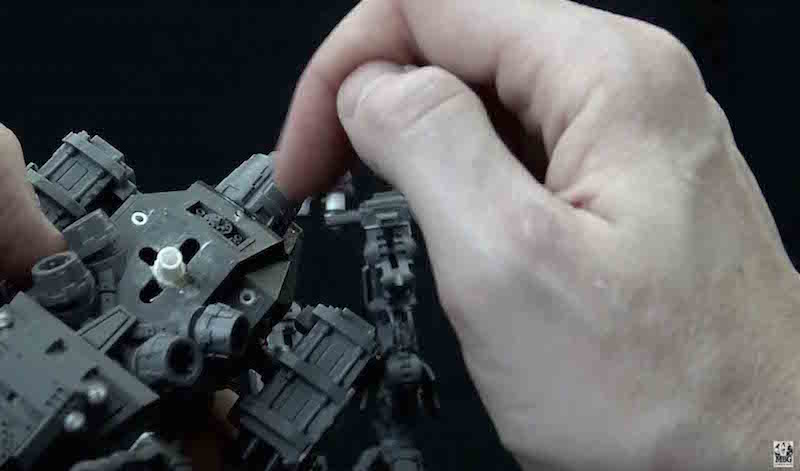 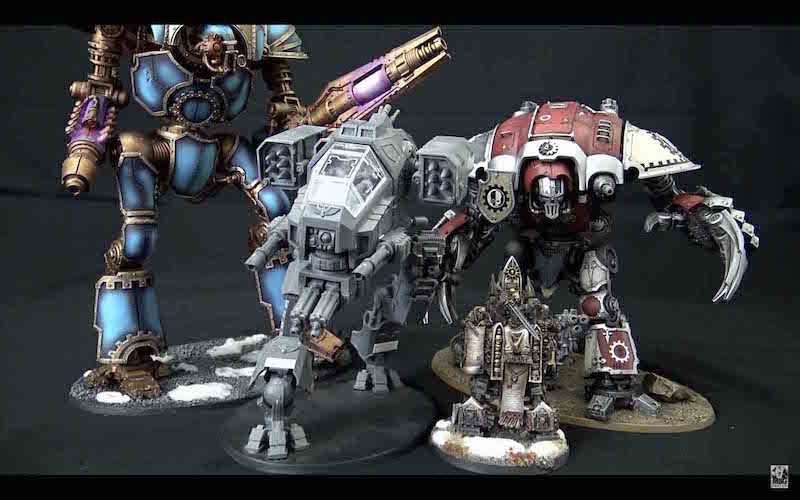 Author: Robert B
Robert is a veteran tabletop and miniatures gamer, and writer with over 20 years of experience. His specialtiesies are the worlds of Game's Workshop's Warhammer. He began writing for BoLS In 2010.
Advertisement
Conversions Hobby Videos Warhammer 40k
Advertisement 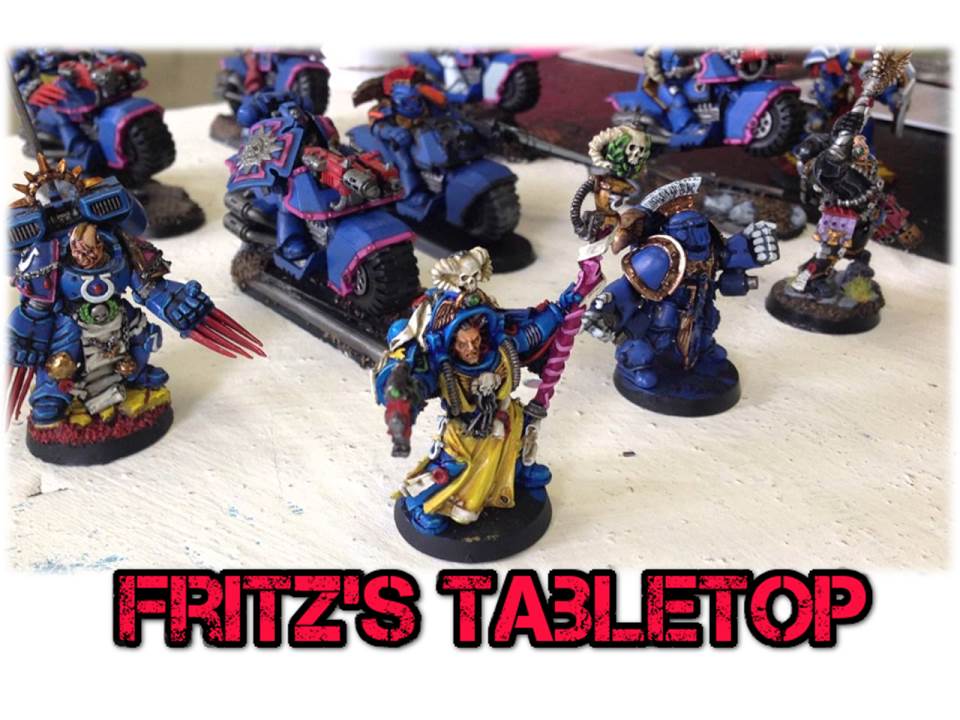