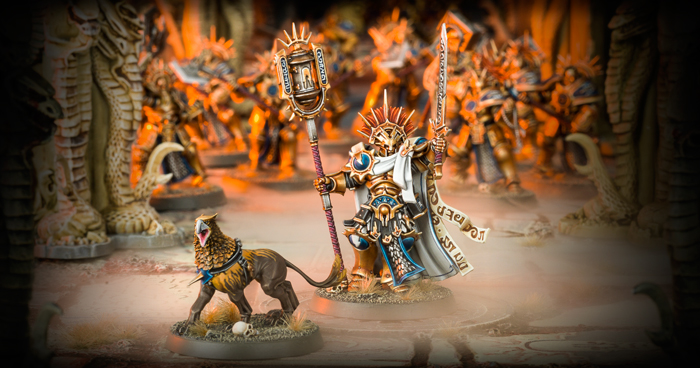 Games Workshop has released a new Hero for the Forces of Sigmar – Let’s check out what he can do!

The Stormcast Eternals have a new leader joining their ranks – the Lord-Veritant! This mighty hero has some potent anti-magic abilities for you to explore and Games Workshop has some info on just how to use him: 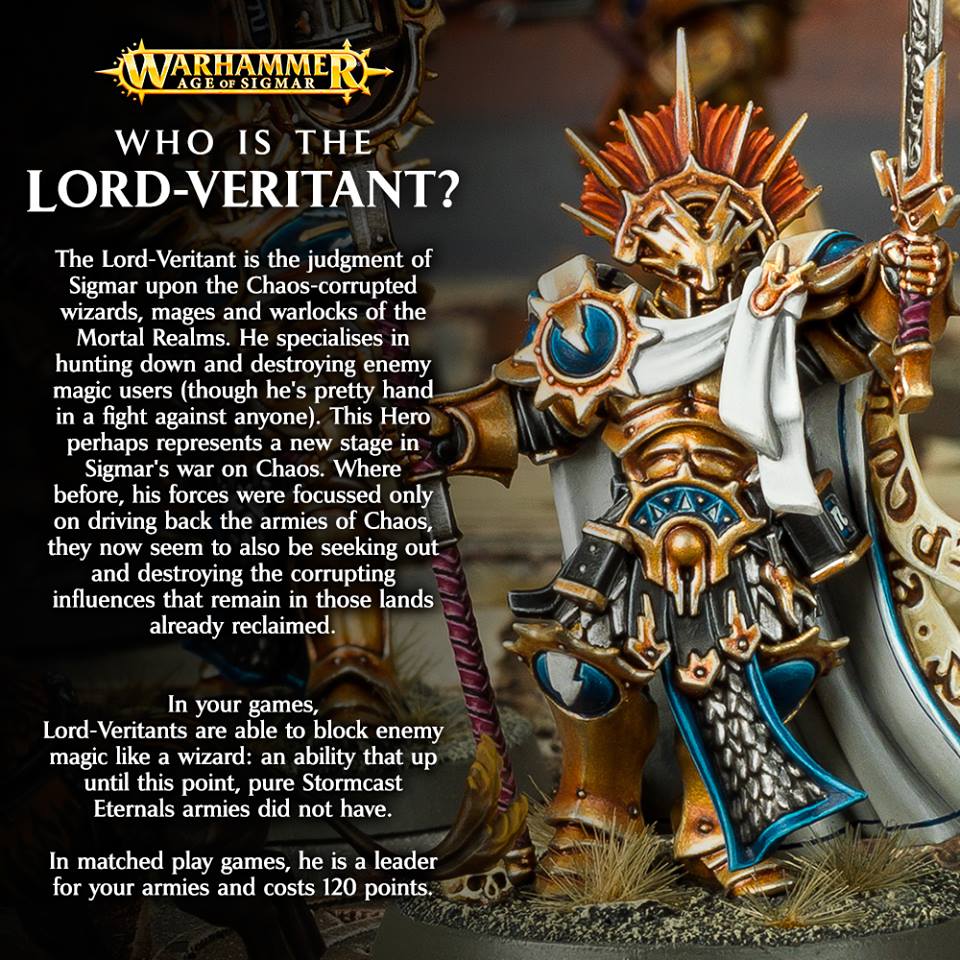 The key thing here  is that he is a leader with a points cost for matched play is 120 points. But what about his actual rules? Well those are also available online HERE. 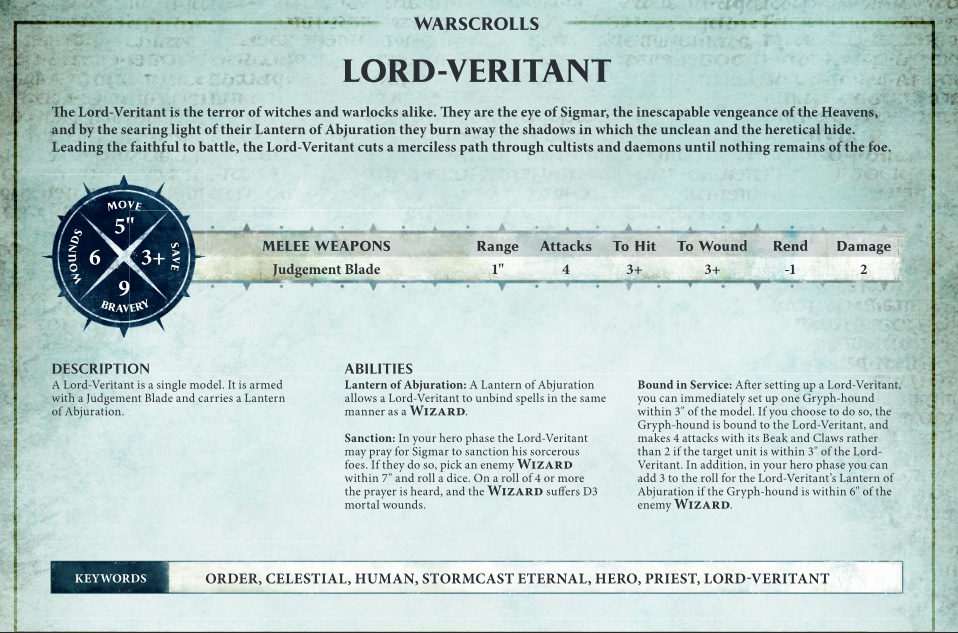 Perhaps it was just an oversight at first, but a pure Stormcast force didn’t really have a way to unbind spells before. That’s why the Lord-Veritant is a valuable addition to any Stormcast Eternal collection. His Sanction ability is also pretty mean because it’s basically a free shot at any enemy models with the WIZARD key word. D3 Mortal Wounds is nothing to scoff at! And just as a bonus his little hound helper is actually pretty useful, too.

Need the rules for the Gyrph-hound? Those can be found HERE. 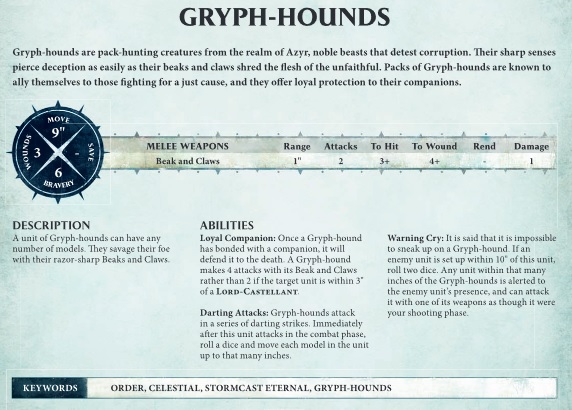 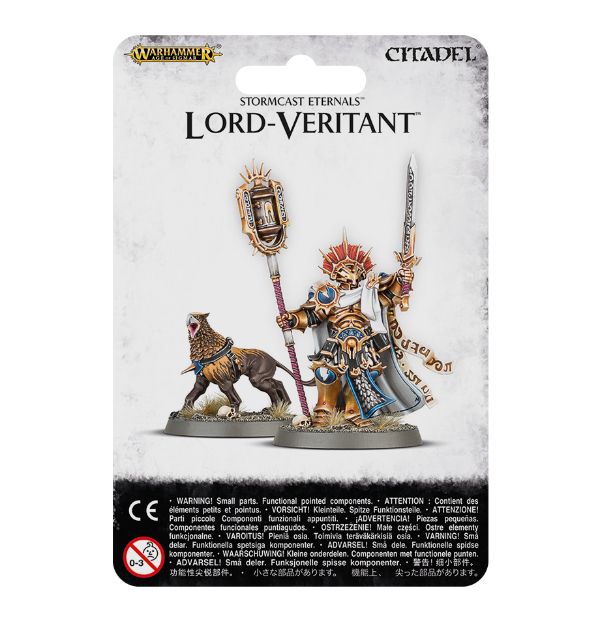 Witchfinder of the Stormcast Eternals, the Lord-Veritant is the eye of Sigmar, the inescapable wrath of the heavens. The blazing light of his Lantern of Abjuration is the terror of evil magic-users across the mortal realms, as he hunts out and systematically destroys them and their vile, corrupting influence. Leading the faithful to battle, the Lord-Veritant cuts a ruthless path through cultists and daemons until the land is cleansed of their presence.

This multi-part plastic kit contains all the components necessary to assemble one Lord-Veritant of the Stormcast Eternals, with Gryph-hound. He carries the Lantern of Abjuration and a Judgement Blade, and comes supplied with a Citadel 40mm Round base.

In Brightest Day, In Blackest Night, Let those who worship Evils Might, Beware my Power, Sigmarite Lanterns Light!