Today we look back over decades at some of the classic CSM models that defined the Grimdark’s favorite villains. Veterans of the Long War indeed! 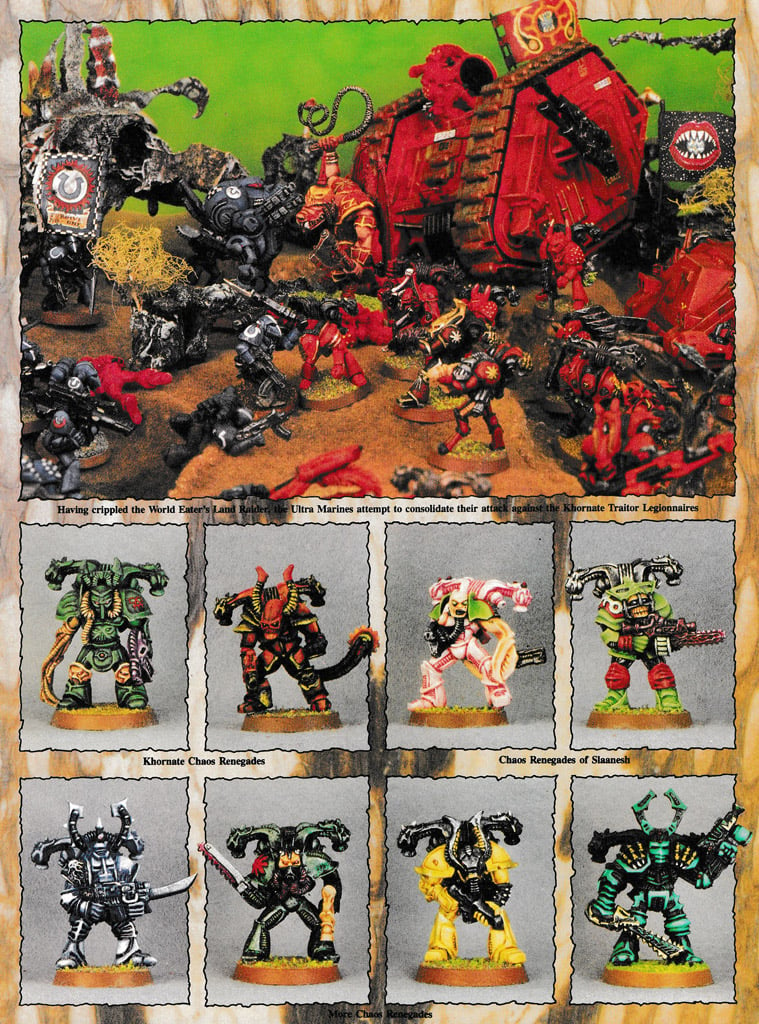 How that for some tabletop crazy. Look at that Land Raider! Look at the Dreadnought vs Bloodthirster fight! 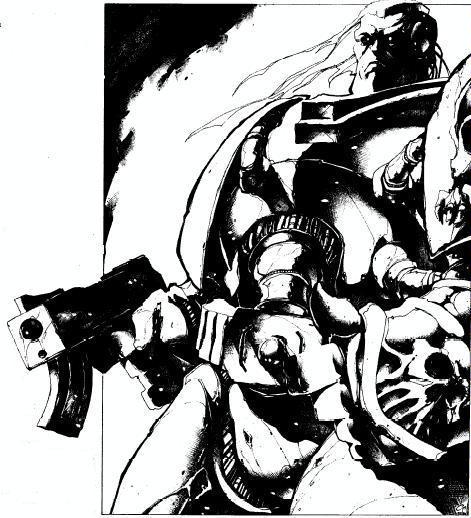 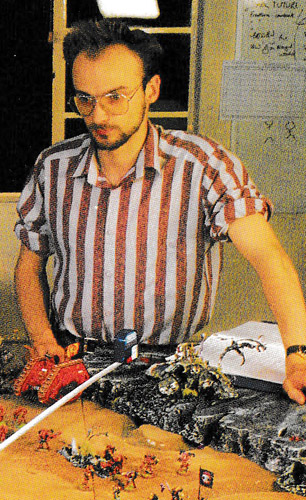 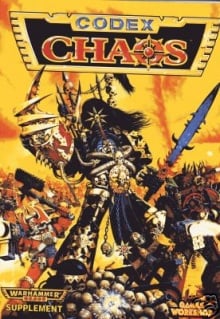 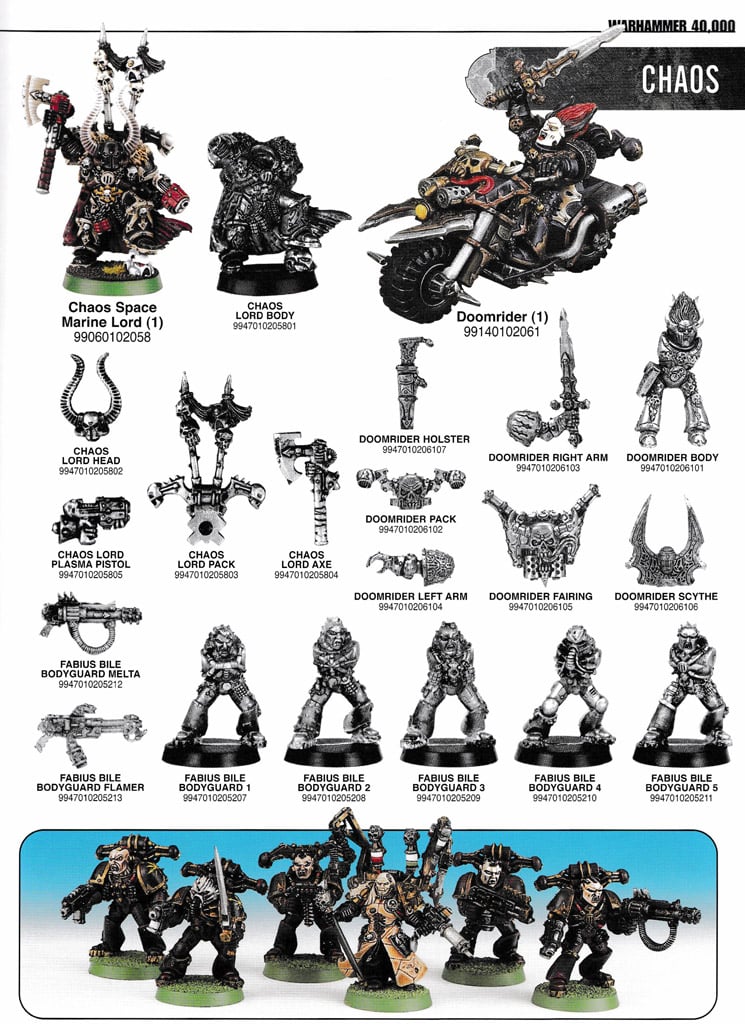 Yes, that is indeed Doomrider in the (metal) flesh.  I still have one of those CSM Lords in Night Lords colors – quite an impressive mini for his era.  Below  them you can see that Fabius Bile has had his unstable bodyguard since the early days and minis to boot! 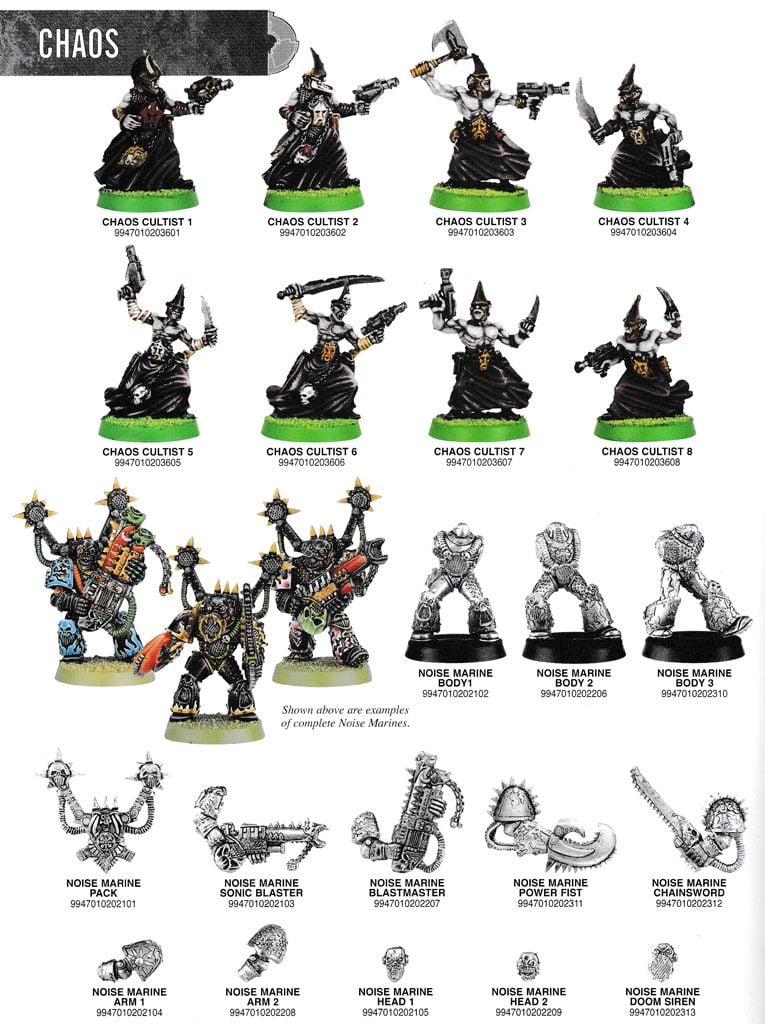 Many people forget that there were Chaos Cultist models long long ago.  Below them see some early Noise Marines that are a bit more on the musician side of things than the later models would embody. Also props for the crab-claw Slaaneshi powerfist! 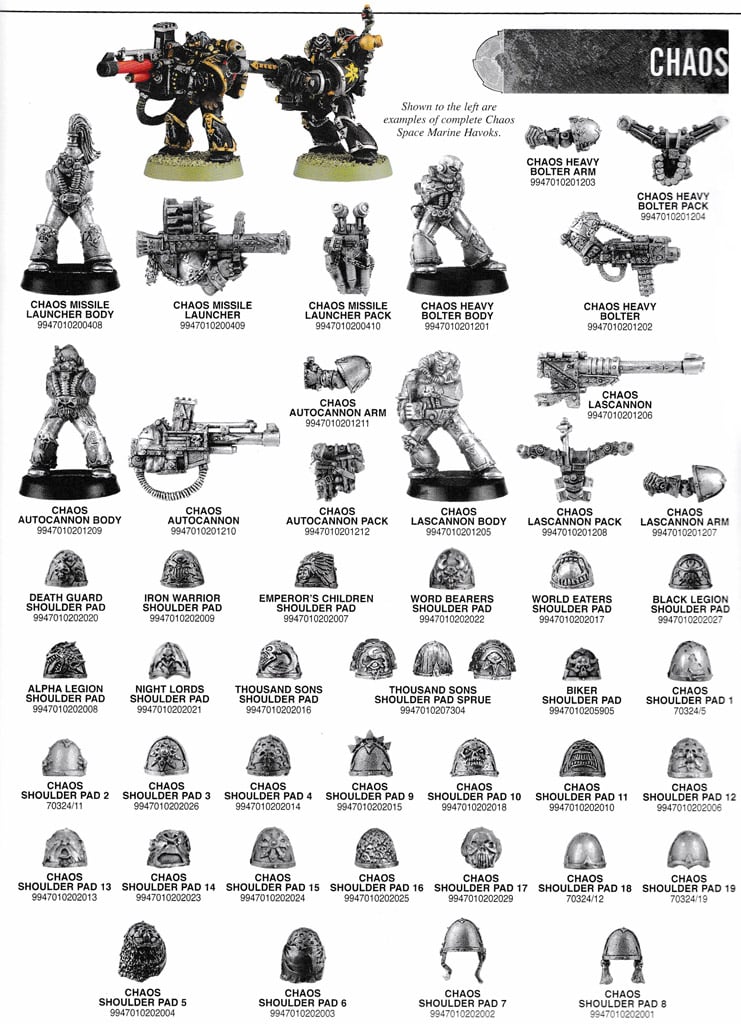 Ok several things to wade into on this set.  Up top we have the early Havocs with all thier heavy weapons. They may look a little haphazard, but it was the CSM vibe back then.  Below we get to the shoulder pads and you will note EVERY Traitor Legion had it’s own. If you could cough up the cash for a sack of pads, you could dress up your army as your favorite legion.  A rare but awesome looking way to theme your army back in the day. 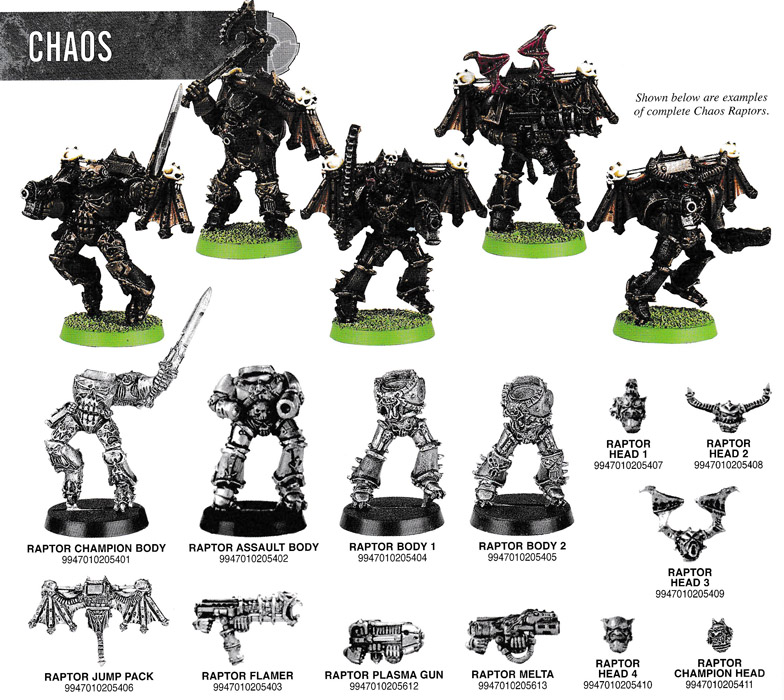 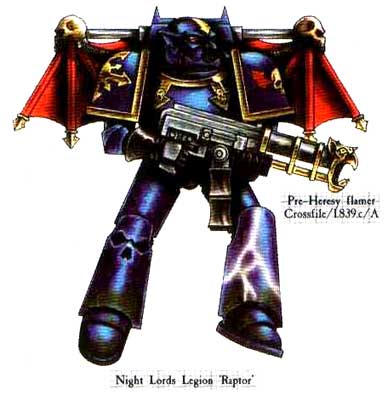 ~Thanks for this trip down memory lane folks. What are your favorite memories of the old school Chaos Marines?