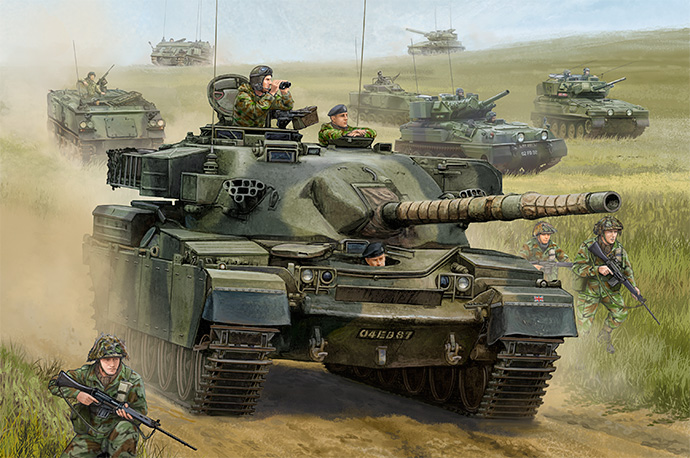 The British are coming to Team Yankee – This weekend!

“With its usual professionalism, the British Army had prepared for war. Now, as the Soviet Army flooded across the border into West Germany, it was ready and waiting. Scorpion and Scimitar light tanks skirmished with the Soviet forward detachments as the Chieftain armoured regiments waited. The infantry held the towns and woods, forcing the enemy into killing zones. If anything broke through, the airmobile troops in their Lynx helicopters would hold them.”

The British are about to join the Third World War, with the release this weekend of Iron Maiden: British Army in World War III,  a 48-page hard-back book that tells the story of Major Charles Leslie’s Squadron of Chieftain tanks fighting a stubboren fighting withdrawal against a relentless Soviet invasion. Iron Maiden provides players with Army lists for the “Death or Glory Boys” Chieftain Armoured Squadron, the Irish Guards’ Mechanised Company, the Gordon Highlanders’ Airmobile Company, and the Queen’s Dragoon Guards’ Medium Recce Squadron, as well as history of the British Army of the Rhine, painting guides and scenarios. Battlefront will be running a live blog at www.flamesofwar.com and www.team-yankee.com, with updates from each of their offices, as well as highlights of the gaming action at participating stores throughout the world. If you are near one of these stores, you can be among the first to try out the new British army, and perhaps win a brand new army! In all, there will be over 40 hours of content, with gaming and hobby articles and videos, competitions and a video battle report. 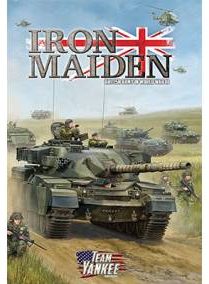 There’s more on the way! This is the official release schedule:

It’s time to see some Chieftan vs T-72 and Lynx vs Hind action on the tabletop.

Learn all about Team Yankee

I know some of you have been waiting for this – what’s on your wish list?

Outside the Box - October 7th