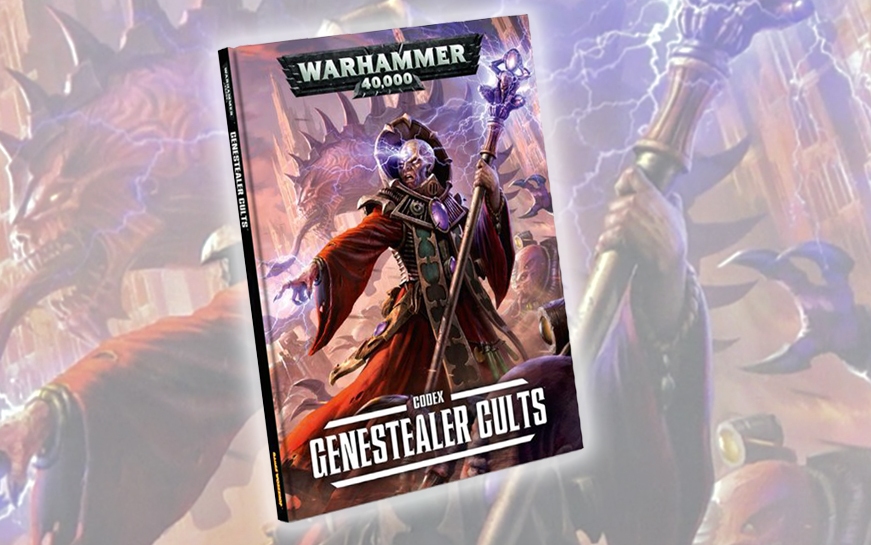 Did you know that the Genestealer Cults had arrived on our planet in over 20 years ago? Would you like to know more?

It’s full on Genestealer Cult mania right now and people are losing their minds! That truck is looking “Uh-maze-ing!!” So, we’re going back to Codex Tyranids to trace the origins of the Genestealers. Of course the Genestealers were their own entity in “Rogue Trader”, and they had some rules in an earlier White Dwarf, but this was their first fully published rules set. 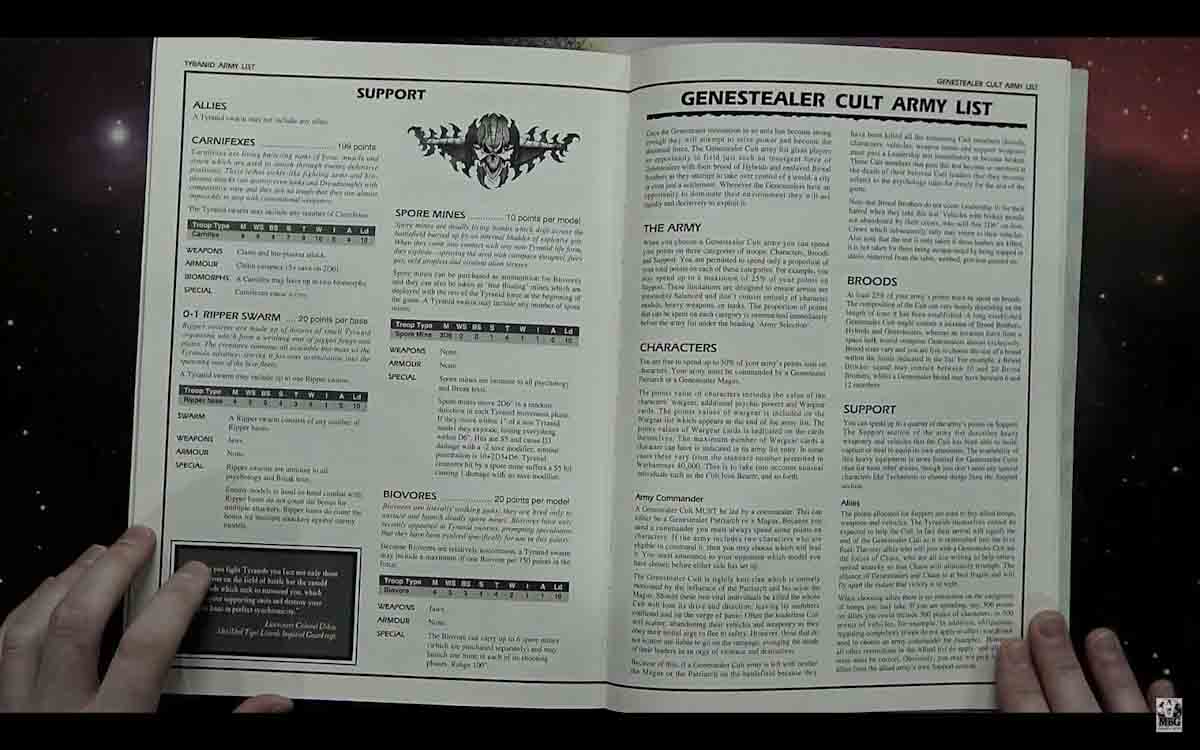 This book was written by fan favorite Andy Chambers. He was the hive mind and did a lot of work to keep these guys relevant throughout 3rd edition.

You’ll noticed in the text that Comp was a big thing and only 25% of your army could consist of support and up to 50% on Characters, which sounds like a lot but it was an era of “HeroHammer”. Further, at least 25% of your army had to be broods. 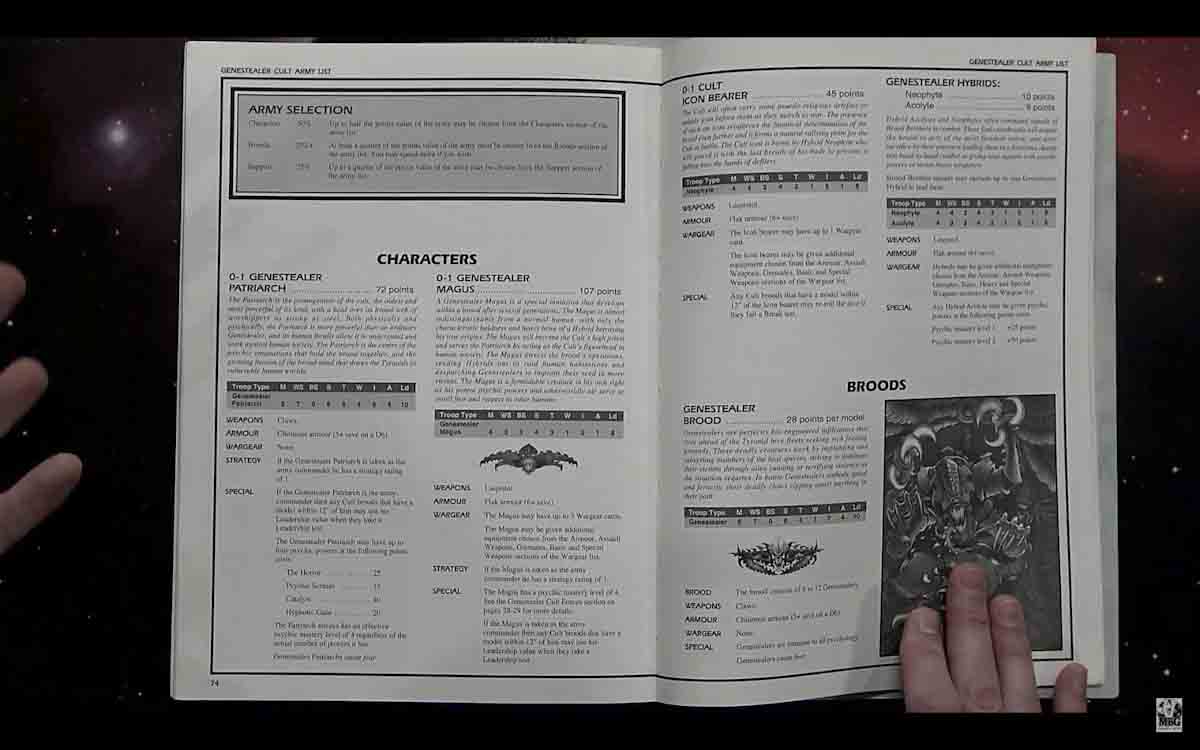 Now, for all of you who think it’s a travesty that the Cults can’t ally with the Nids, there’s actually a really good reason for that in the fluff.

“The Tyranids cannot be expected to help the cult, in fact their arrival signifies the end of the Cult as it is reabsorbed into the Hive Fleet.”

Which makes perfect sense. Of course, ret-conning is a thing so we may see this change. However, they would ally with Chaos because Chaos is all about, well, spreading Chaos. 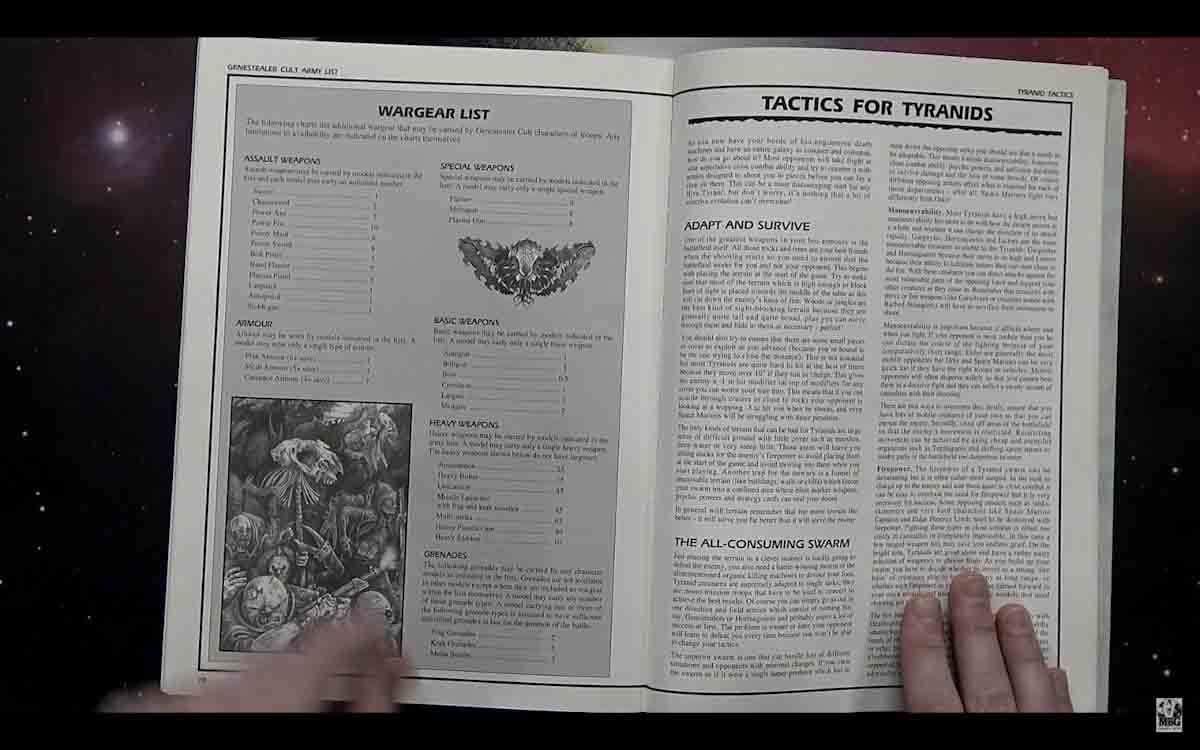 Further, it goes into the wargear and the tactics. It also included the whole catalog so you could buy just the bits. This helped them sell models back in the day, of course the internet has changed all that. 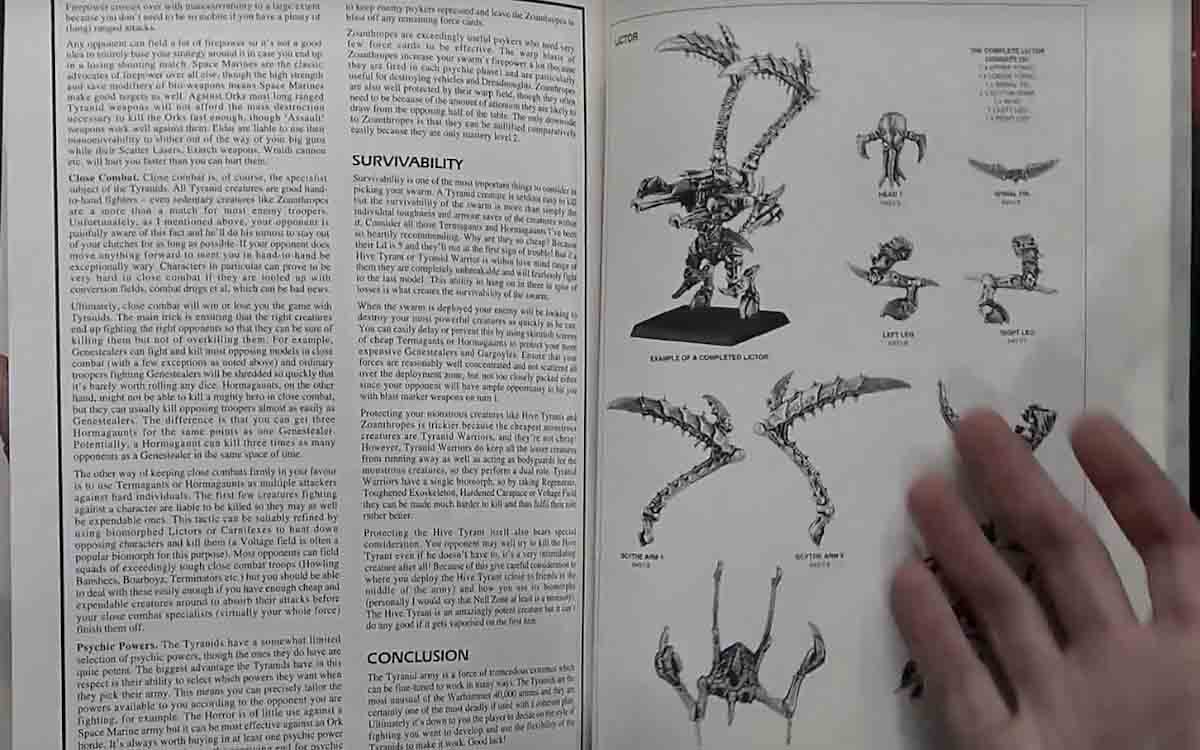 Do you have any Fond Memories of the 2nd Edition Genestealer Cult Army? Let us know in the comments below!