The new edition is coming next year.  GW sounds like they are planning more than a cosmetic update to the Grimdark’s rules.

We have been hearing for months that 8th Edition is coming in the first half of next year and GW is looking to make some big changes. Sources say the new edition will have some unexpected influences on it’s design: 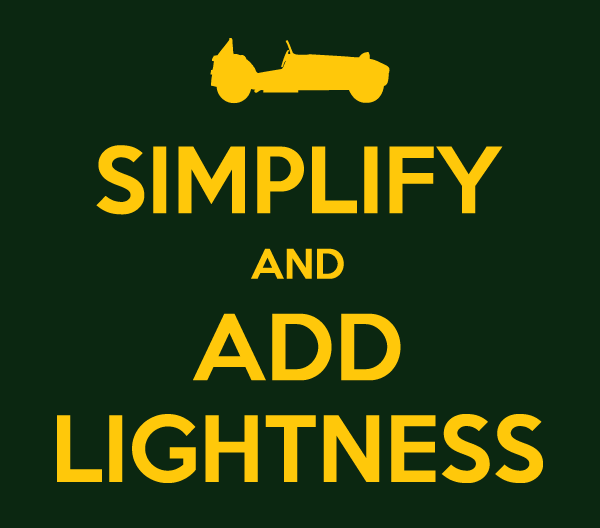 It’s no surprise that over editions of any product it is easy for little tweaks and changes to creep in and over time weigh down clean original designs. I think we are seeing the current edition of 40K at “peak bloat”. There hasn’t been a major shakeup to the game’s ruleset in at least 3 editions and the complexity just keeps on being piled up higher and higher.  Eventually something has to give.

What I hear in those rumors is the game design version of LOTUS designer Colin Chapman’s obsession with light weight.

“Simplify, and add lightness”, he preached. “Adding power makes you faster on the straights; subtracting weight makes you faster everywhere”, was another of Chapman’s maxims.  In an era when everyone was building bigger, heavier, more complex and powerful automobiles Chapman beat his mantra into his designers to achieve quality by designing in the opposite direction.

I think the philosophy is a long overdue course correction for 40k.

~If you were tasked with making 40K play 33% faster  (especially for newcomers) with the same depth of minis, armies and units, where would you start?