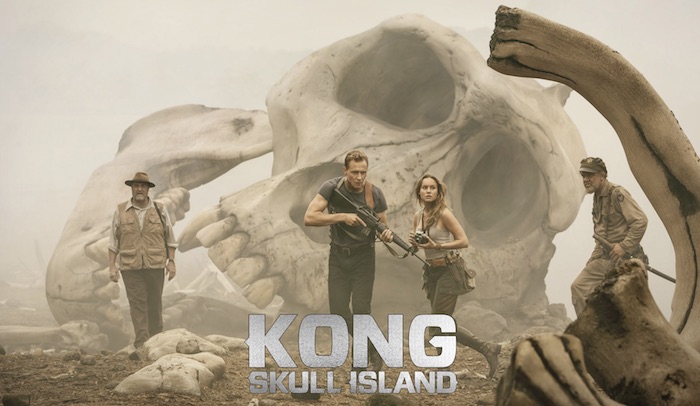 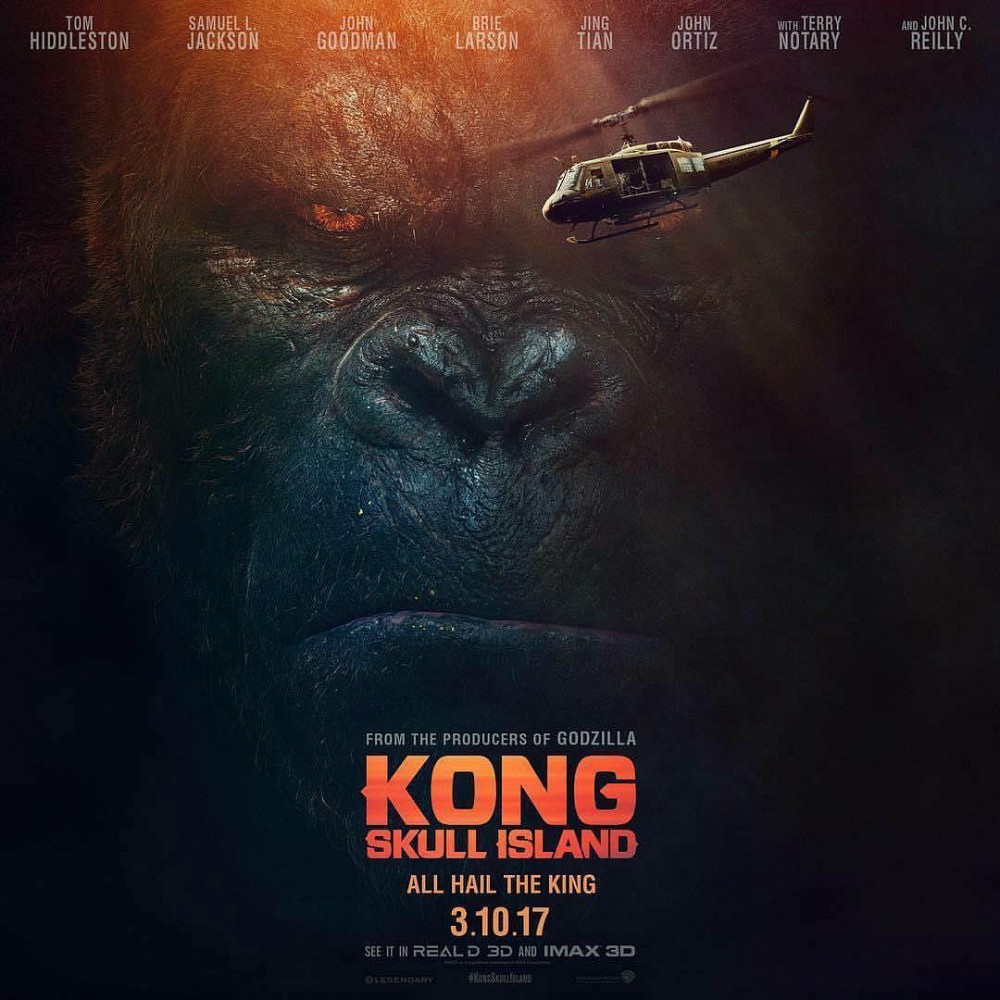 King Kong first appeared on the screen in 1933 with Ann Darrow and Robert Armstrong. Sculptor and animator Willis O’Brien brought Merian Cooper‘s terrifying beast to life to the delight and fright of audiences all over the world. The film became a template for action-adventure films for decades, and spun off the entire “giant beast” genre.

The last several rehashes we’ve gotten of the classic giant monsters haven’t been awe inspiring. The last iteration of Kong was 11 years ago – and it didn’t do terribly well. This has the potential to fix that…

This is Jordan Vogt-Roberts‘ biggest title to date – he’s got an extensive history in comedy that may prove helpful. Four sets of hands on the screenplay with credits including Jurassic World, Nightcrawler, and the Bourne Legacy. Cast is headed up by Tom Hiddleston and Brie Larson; and filled out by audience favorites Samuel L. Jackson, John Goodman, and John C. Reilly.

Hopefully it doesn’t take itself too seriously.

Kong: Skull Island is due in theaters March 10th… and is being followed up with Godzilla vs Kong in 2020.