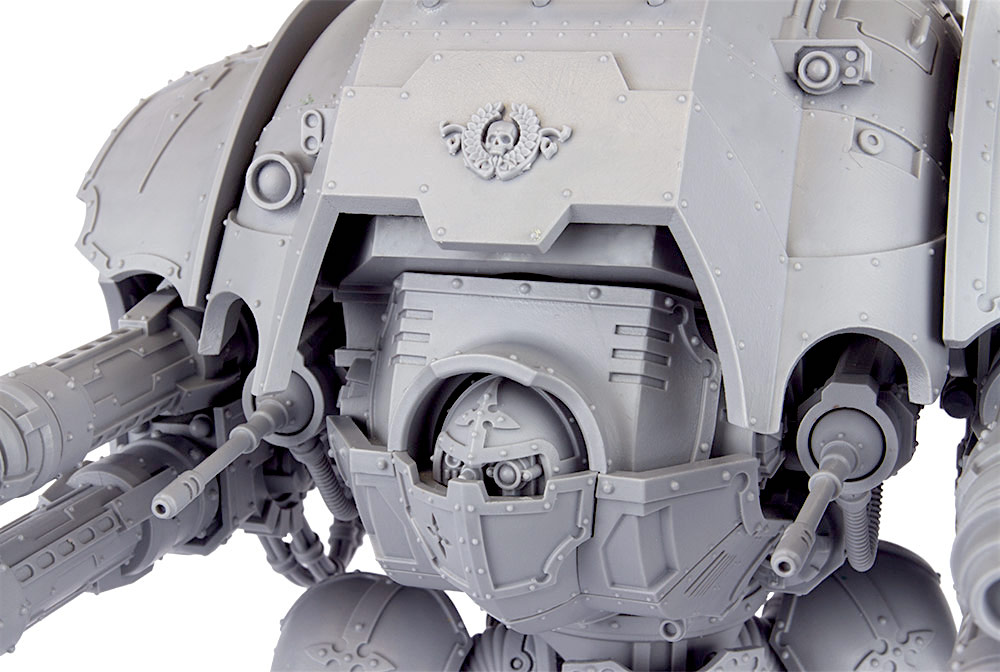 Forge World says the Acastus Knight Porphyrion is about hit the tabletop and is ready start titan-hunting. 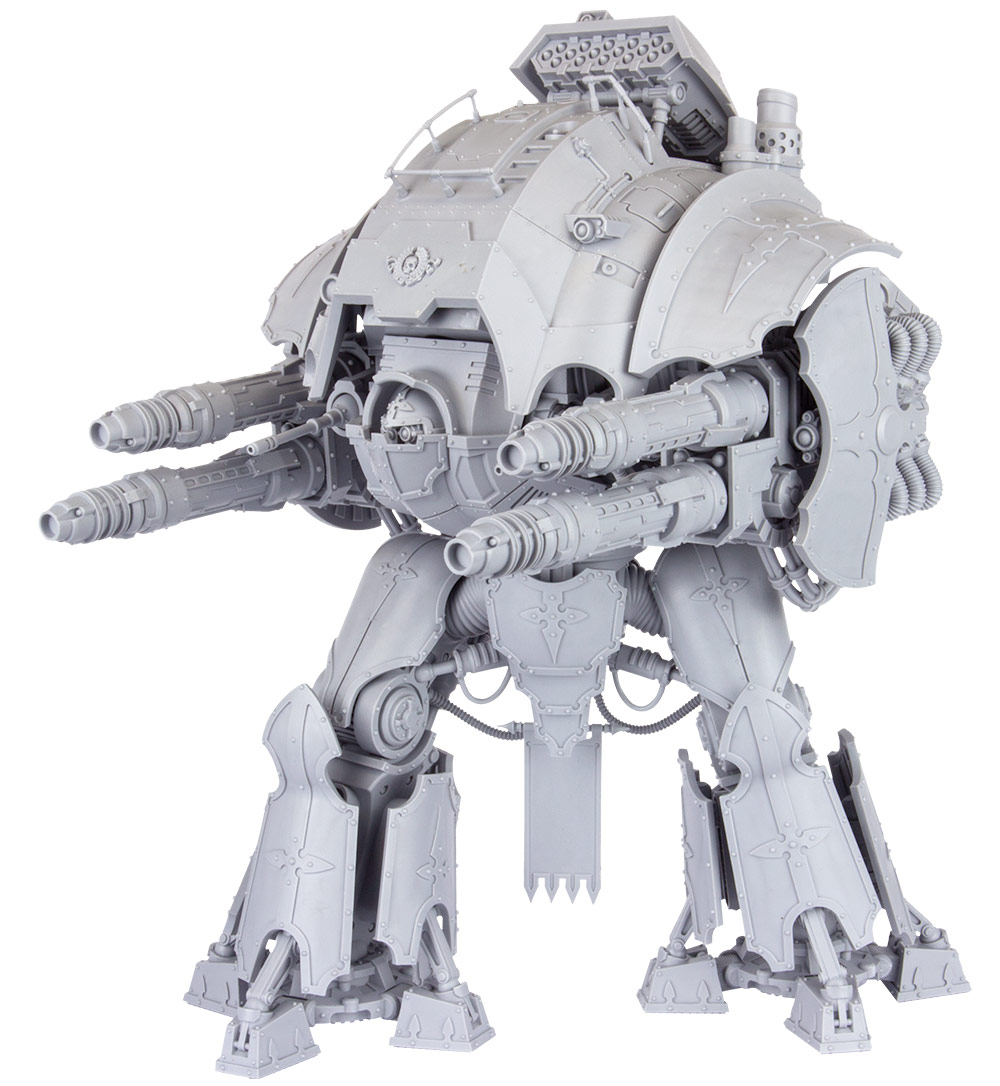 “This juggernaut of iron and firepower is the Acastus Knight Porphyrion, and he’ll be striding his way across the war zones of the far future very soon.

…he is considerably stockier and bulkier than the existing Knight classes. This guy will not be running at enemy formations attempting to grind them to bloody slurry with a giant chainsword.

Instead, the Acastus Knight is equipped with firepower to rival a small titan. With its two twin-linked Magna-lascannons, the Acastus stands ready to obliterate any armoured foe, while an Ironstorm battery of missiles allow it to simultaneously blast infantry to oblivion.

And there are a couple of autocannons on there too… just to be sure.

The Acastus Knight Porphyrion will be available to order very soon.” 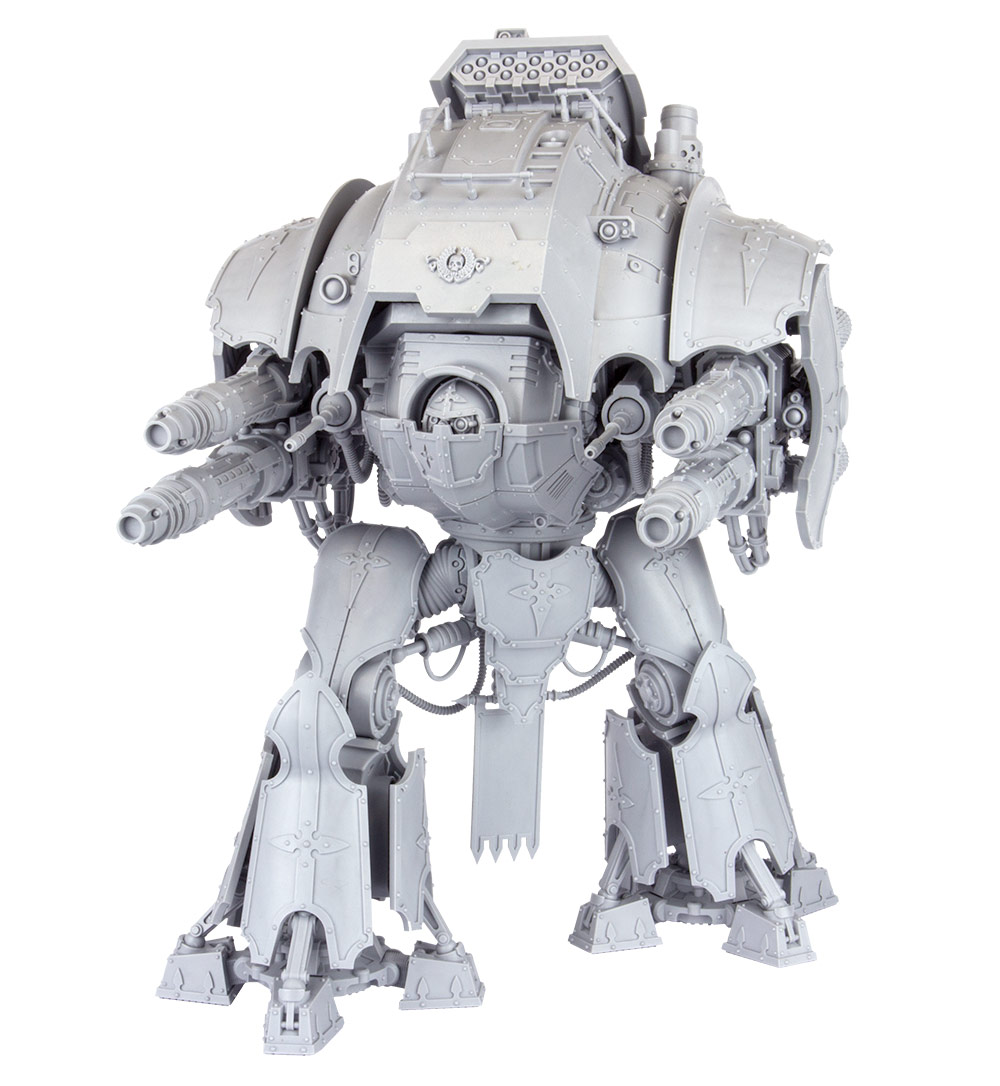 Now that’s a knight I can get behind.  This is the spiritual descendant of the slow but well armed Castellan/Warden Knights from way back in the EPIC days.   I really like the slow plodding and heavily armed look of this guy. This design is high tech enough that it feels like he could step out of the Grimdak into other mech-based universes.