GW has a fantastic interview with the designer of Ahriman’s new mini with lots of pics.

The new Ahriman miniature was sculpted by David Waeselynck, who had a lot to say about his creative process: 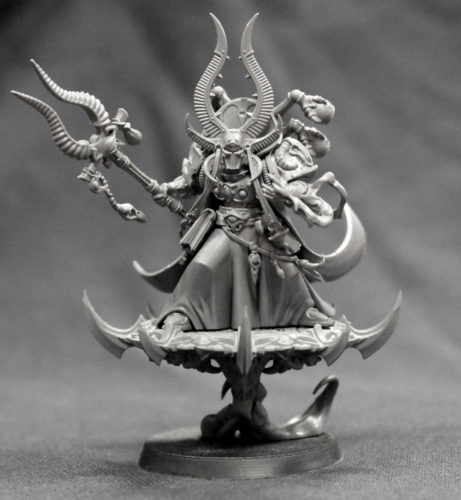 “The iconic thing about Ahriman, first and foremost, is his massive helmet. In the original sculpt, it is pretty much the same size as his entire body, so I couldn’t forget that, which is why the head was one of the first things I did, to be sure to keep this aspect but with more ‘’natural’’ proportion with the new body. His staff, his big cape, the shoulder pad with the buffalo skull were other aspects that defined the original, him so I kept all of them as well.” 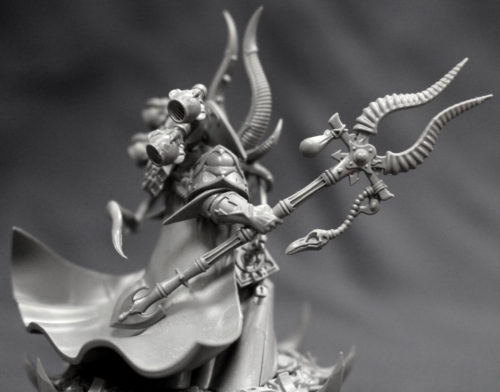 “I took some liberties with the torso, since I wanted to leave something free for the painter. For instance, you can interpret the orbs in the chest piece any way you want, whether as metallic parts, eyes, gems, crystals etc… all the same or each different. That way this champion of change can be different every time someone paints one of their own.” 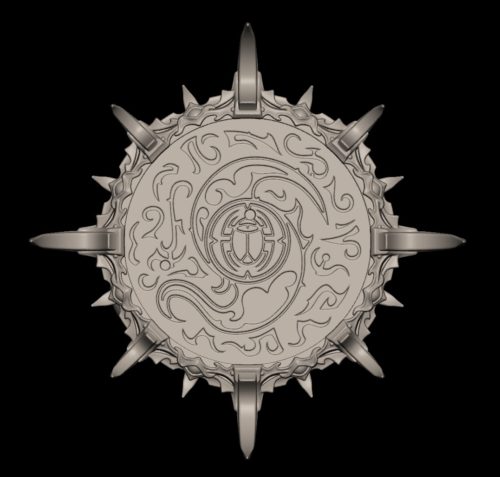 “The disc a long time to sculpt as well. I wanted to keep this aspect somewhat mechanical for Ahriman, and not go the route of making a disc like we are used to seeing, with more organic looking parts. I kept it flat because I wanted to leave the option to have the miniature just on a base as well without needing to make any modifications.”

What I love about both this new Ahriman and the new Kharn, is how GW is keeping the fundamental posing of the original miniatures, but updating them with the new abilities of plastic digital sculpting.  So you see all the old equipment and the same overall positioning.  It is instantly recognizable as Ahriman, but is superior in every detail – from the helmet, to the powerpack, to his flowing robes to the disk.  It’s the kind of miniatures that does its number one job – make you want to rush out and pick one up to add to your army. 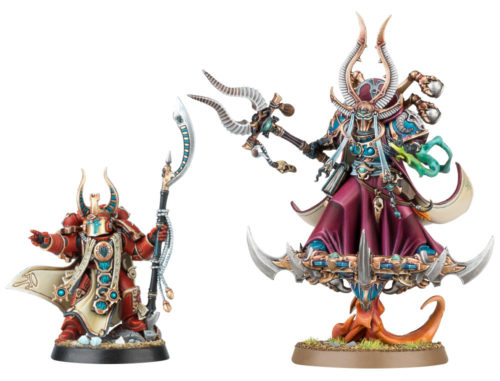 ~ Are you replacing your old Ahriman with the new one?

Author: Larry Vela
Dad, Gamer, Publisher, Pilot, Texan. All games all the time since junior-high. I started BoLS Interactive in 2006. I’m a lifelong tabletop & RPG gaming enthusiast, and internet publisher working to entertain and inform my readers every day. I've been playing RPGs and Tabletop Games since the 1970s. I'm been playing and covering Warhammer and Warhammer 40K for over 35 years.
Advertisement
Games Workshop Interview Miniatures Warhammer 40k
Advertisement