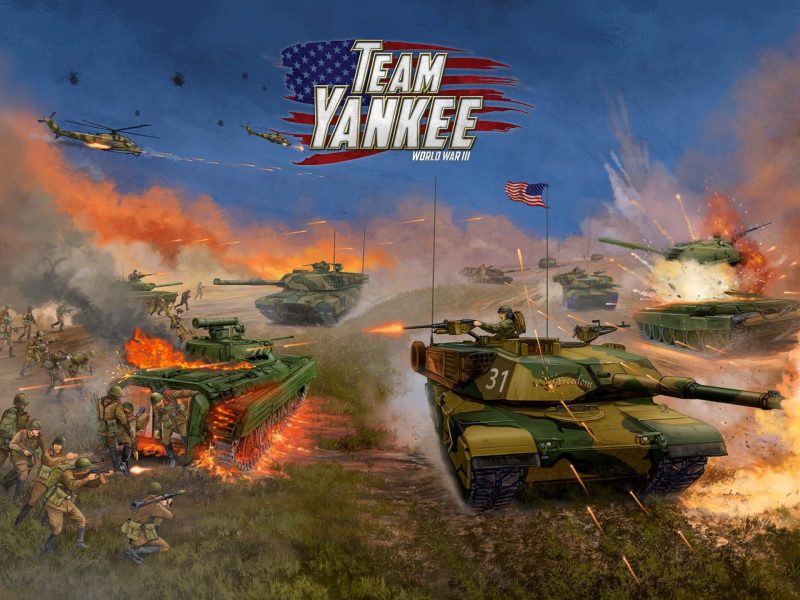 Tired of World War II battles with from the history books? Looking for something a bit more modern? Well Team Yankee is all about a war that never took place. It’s the 1980’s and the Cold War has gone from theory to reality. Get ready for World War III:

The Team Yankee core rules are very similar to Flames of War – as they should be! It’s from the same company. The scale is the same 15mm as it’s predecessor but with more “modern” equipment.  Gone are the Shermans and Tigers – now it’s all M1 Abrams and T-72s! If you’re familiar with FoW you’ll be able to scoot right into Team Yankee no problem.

The book contains all the rules you’ll need to get started. The core book focuses on US vs Russian forces but it offers a wide selection of units for both sides. Team Yankee does seem to have more of a focus on combine-arms engagements. You’ll have to coordinate your Air, Armor and Infantry units in concert if you want to pull out a victory in this conflict!

Overall if you’re looking for a game that has a historical feel with actual modern military units and tactics then you should check out Team Yankee. It’s got the great gameplay you’ve come to expect from FoW but with a very 1980’s military vibe. 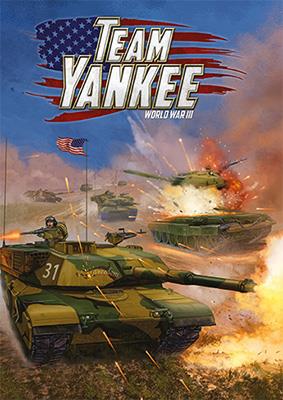 Any game that brings A-10s and Abrams to the table will peak my interest.

Author: Adam Harrison
Writer, Editor, Texas Native, and Austinite for 15+ years, Adam covers all things Tabletop Gaming. Which includes Warhammer 40,000, Age of Sigmar, D&D, Board Games and everything else that involves dice, boards, cards and a table. A hobbyist, player, and collector of miniatures and games, Adam's current obsession are his Death Armies for Age of Sigmar, his Blood Angels and Tyranids for 40k, and his ever growing Arkham Horror: The Card Game Collection.
Advertisement
Battlefront Historicals Team Yankee Unboxing Videos
Advertisement