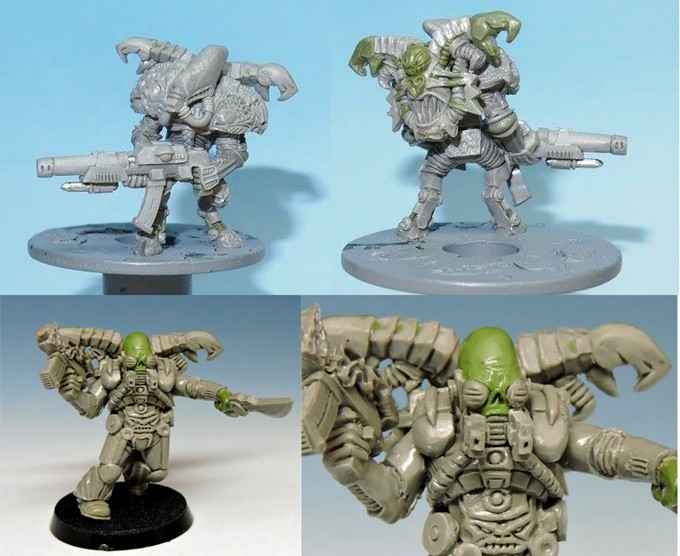 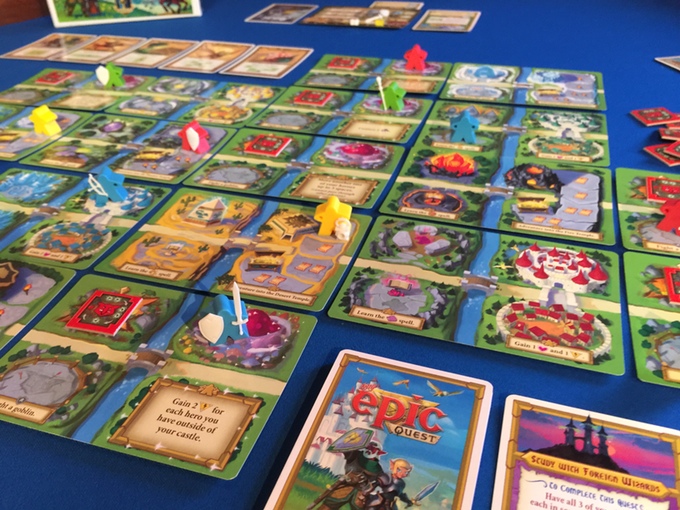 One of the most popular tabletop game Kickstarters to launch over the last few days is Tiny Epic Quest. Like all of the games in the Tiny Epic line, Quest is designed to be a cheap and highly portable game that’s easy to pick up and plays out within 30-45 minutes. Up to four players move their elvish explorers around the game board, completing quests and fighting the goblins that threaten their kingdom. The most unique feature is probably the ITEMeeples, a set of meeples that have slots to equip the weapons and gear you acquire on your adventure. A copy of Tiny Epic Quest will cost you $20, or $24 if you want the Kickstarter exclusive mini expansion. 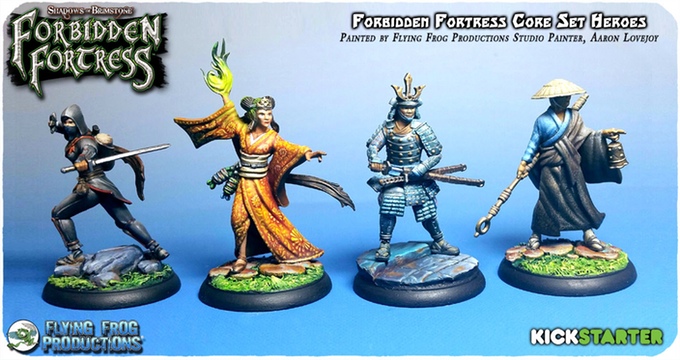 On the opposite end of tiny, cheap, and portable is Forbidden Fortress, the latest addition to the Shadows of Brimstone series of miniatures-based cooperative dungeon crawling games. Four players control a party of heroes in Feudal Japan as they enter the Forbidden Fortress to expel the demonic entities ravaging the land. Forbidden Fortress can be used in conjunction with previous Shadows of Brimstone sets or played by itself, making it an excellent way for both newbies to get into the game or previous owners to expand their collection with a massive amount of new content. For $100 you can get the core set, but you’ll need to pay $300 if you want all the Kickstarter exclusive goodies and stretch goals. 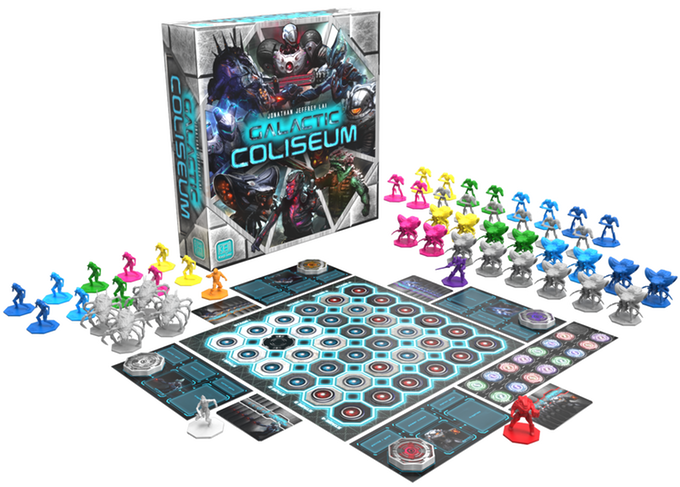 In Galactic Coliseum, four players are placed in the shoes of hardened galactic criminals that have been sentenced to death in the arenas of the galaxy’s most popular gladiatorial game show. Players can either fight each other or band together to take on the murderous robots and mutated aliens that fill the coliseum. The core box is $59, with a $99 special edition available that adds a few new models and upgraded components like metal cubes and larger character sheets. 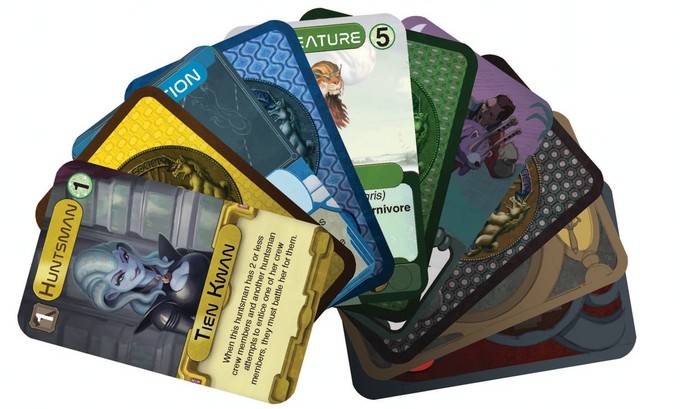 Xenofera is a card game where up to five players travel across the galaxy in search of the most impressive collection of alien creatures. Players compete to capture magnificent alien wildlife by constructing traps suitable for their quarry and embarking on hunts with their crew. You won’t have just the wildlife to worry about however, as rival players can always try to sabotage your equipment, steal your prey, or directly attack your crew. The complete game of Xenofera will set you back $30.

In Guild Masters, five players compete to build the most prestigious guild of heroes and adventurers. During each turn you’ll craft magical items, upgrade your guild hall with new rooms, and hire new heroes to send out on quests to bring fame and fortune to your guild. Guild Masters features elements of drafting, resource management, and worker placement as you try to recruit the best heroes and equip them with the gear they’ll need to survive their adventures. Guild Masters costs $50 and includes free shipping to North America and the UK. 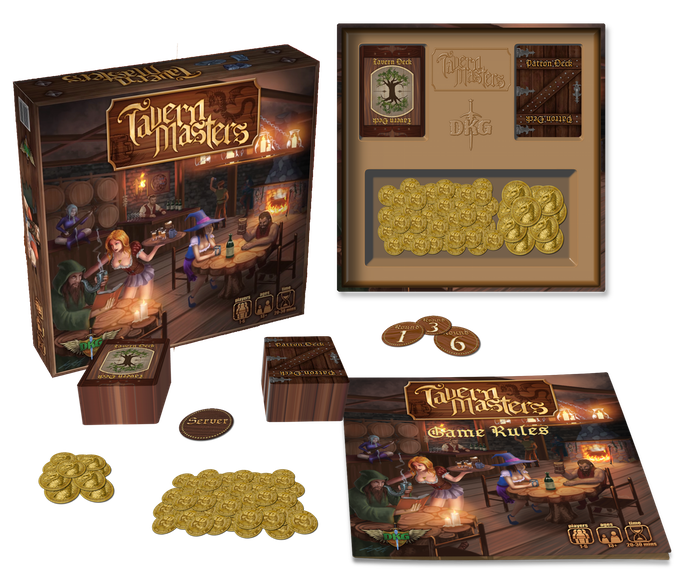 Speaking of fantasy board games where players take on the role of shopkeepers and quest givers instead of heroes, Tavern Masters is a tavern-building card game for up to six players. Players run a budding tavern in a city full of adventurers and soldiers, heroes and thugs. Each turn, players will purchase the food, drink, and entertainment they need to attract patrons, who will then pay them for their services. Tavern Masters can be played in several competitive and cooperative modes, and includes optional cards that can be used to hinder other players. The standard game costs $35 and includes free shipping to the US, with an deluxe version that adds some extra mechanics and content for $45. 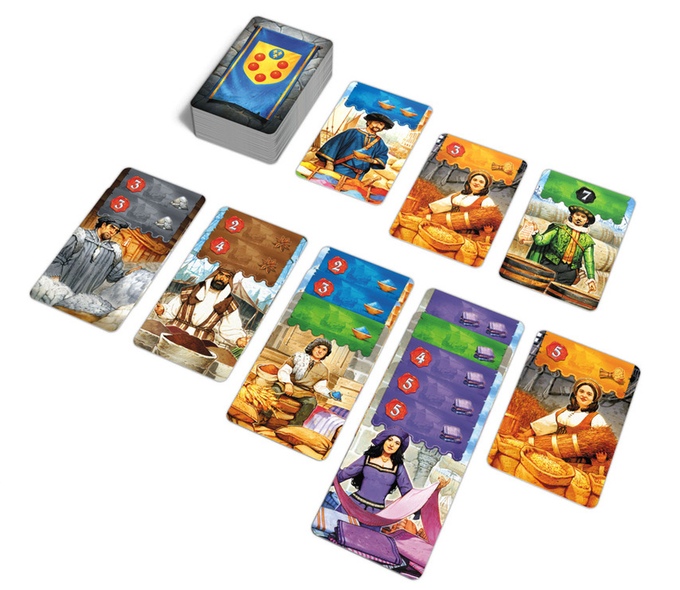 Finally we come to a new card game adaptation of the popular mercantile board game, Medici. This set collection card game has players competing to amass the most valuable collection of goods in 15th century Florence over the course of a three day period. The Medici card game will cost you $20/$26 AUD, or you can grab a bundle for $53/$70 AUD that also includes the board game that inspired it.

Still craving more games and miniatures? Check out these other campaigns:

A line of 3D printable modular dungeon tiles and accessories for 28-32mm miniatures.

A sleazy merchant and his lazy guards for your next swords and sorcery RPG night. 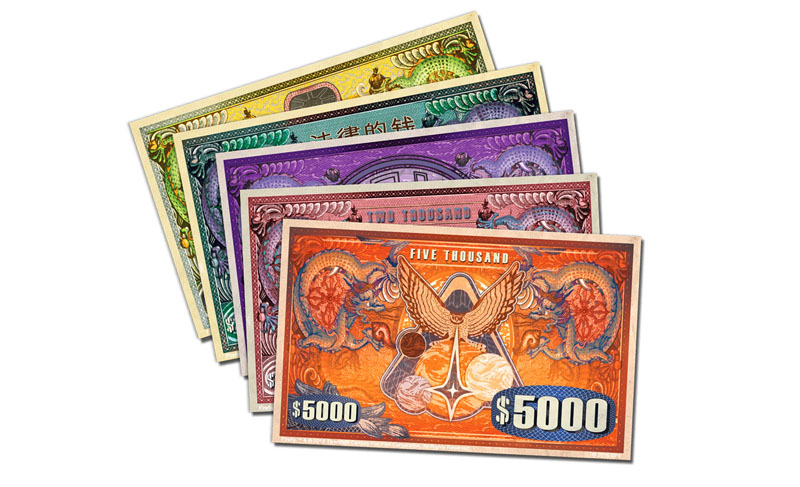