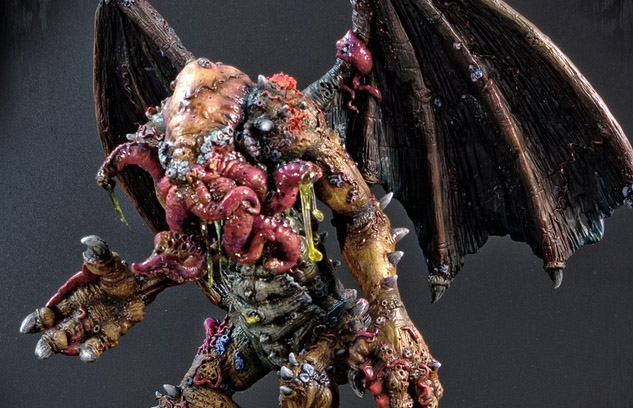 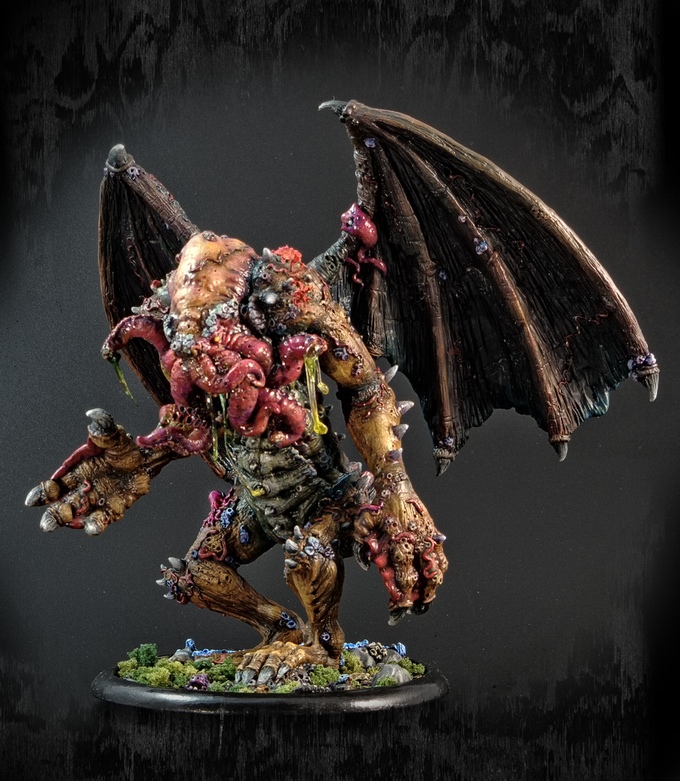 The biggest tabletop Kickstarter of the week is Mythic Battles, a miniatures-based board game set in Ancient Greece. Featuring elements of resource management and drafting, players choose one of the Olympian gods and recruit a small band of heroes, monsters, and minions as they wage war upon rival deities. The game supports 4 players in competitive standalone matches or full campaigns where your war band levels up and grows in power between sessions. The standard pledge includes the base game for $99, with several expansions available as add-ons. 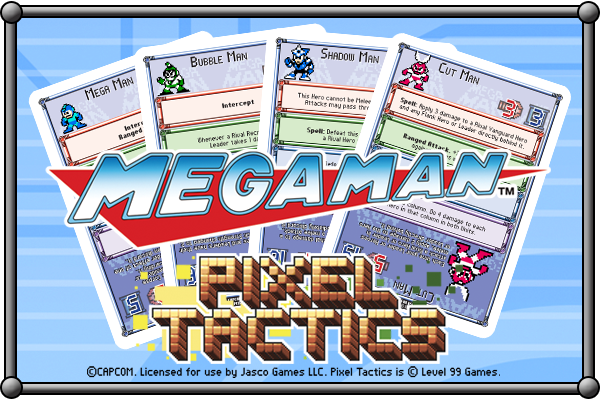 Jasco Games and Level 99 Games have joined forces to create a new Mega Man-themed version of Pixel Tactics. This version of the strategic card game is split into two sets, Mega Man Blue Edition and Proto Man Red Edition, and is fully compatible with previous Pixel Tactics sets. Each box allows two players to duke it out with around 28 characters from Mega Man 1 through 6, with nostalgic pixel art reminiscent of the classic NES games. The two versions are $20 each, with a $35 bundle available that includes both. 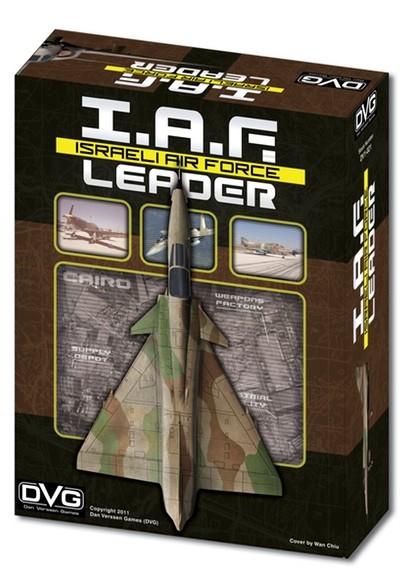 DVG is back on Kickstarter with a new solitaire war game. This time around you’ll take control of Israeli fighters and bombers during some of the tensest moments of the Arab-Israeli Conflict. Like in previous Leader games, you’ll send your pilots out on dangerous missions and customize your assets between strikes, but there are a few new mechanics this time around. Some missions have an “Invasion” note on them and must be completed before the end of a day or you’ll suffer major consequences, while “Escalation” missions yield good and bad results. The standard version of Israeli Air Force Leader is $70 as part of this Kickstarter, with a $100 version that includes miniatures of the various aircraft featured in the game. 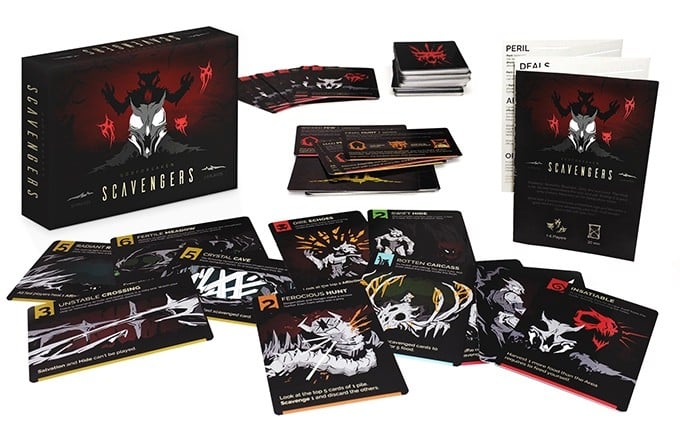 Godforsaken Scavengers is a survival horror card game where up to six players must make do with what they can scrounge up in a hopeless apocalyptic setting inspired by Dark Souls. Resources are scarce and death can come in many forms, assuming you don’t go mad in the darkness first. Godforsaken Scavengers promises to be a difficult card game with no truly good outcomes for the players who dare brave this macabre adventure. The game is designed to be quick and relatively straightforward to learn, regardless of if you choose to play competitive or cooperative modes. The full game will set you back $15, with higher pledges available if you want merchandise like travel cases, t-shirts, or art books. 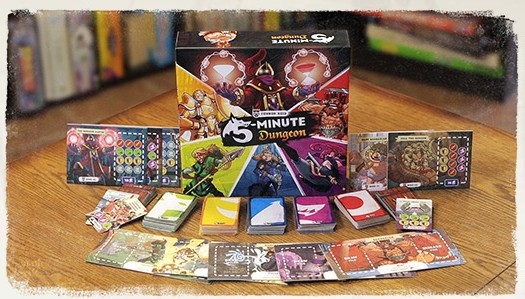 As its name implies, 5-Minute Dungeon is a dungeon crawling card game with extremely short session lengths for up to five players. Players choose a class, each of which has a unique deck and special abilities, and must work together to beat a series of encounters before reaching the dungeon boss. These encounters are conquered by playing cards with matching symbols, but beware: Once you’ve played a card, it’s gone for the remainder of the dungeon. The basic version will only cost you $26/$35 CAD. 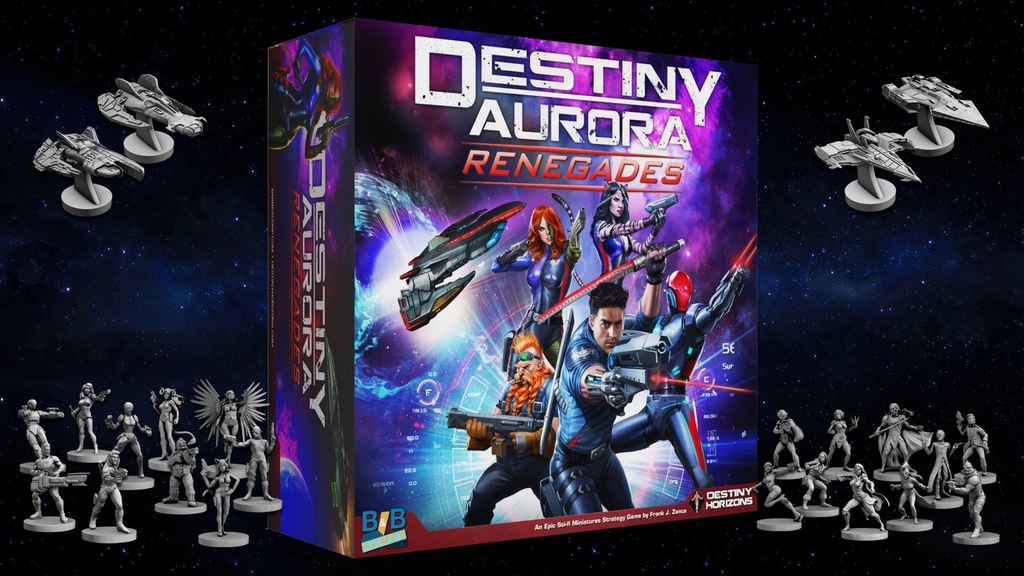 Finally we come to a unique miniatures-based board game called Destiny Aurora: Renegades. Inspired by the sci-fi novel series of the same name, this board game adaptation puts players in control of a squad of characters fighting for either the Renegade or Coalition factions. What really sets Renegades apart from similar miniatures-based board games is that the action is set across two boards. Each player will control a starship in space battles while simultaneously giving orders to an away team on the planet’s surface. For $75 you can get the game by itself, or you can spend a little extra to get signed copies of the novels and comics the game is based on.

Didn’t find anything you like? How about these other campaigns: 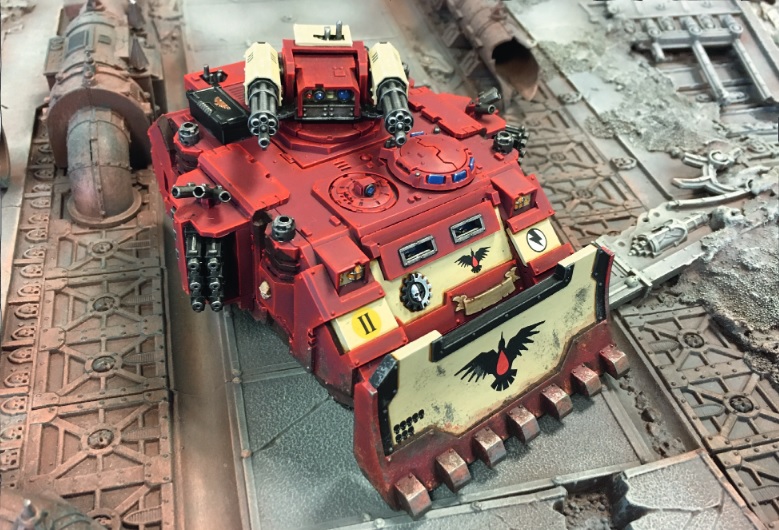