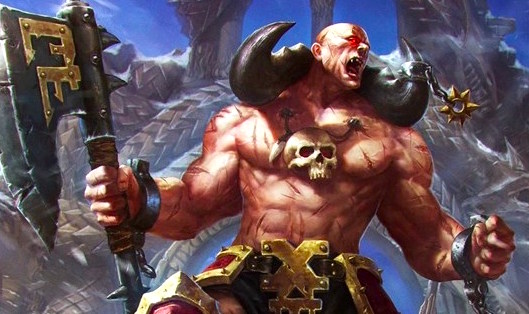 Advent Day 4 – What are you prepared to do to earn the gaze of the Lord of the Brass Throne? Those who tread the Road of Blades do so seeking glory in the eyes of the Dark Gods, or so Ahazian Kel believes, but the Deathbringer must endure the trials of Chaos and prove he is worthy before he can become exalted.

READ IT BECAUSE
It’s an exploration of what a servant of the Blood God will do, and how far he will go, in the service of his dark master and in pursuit of power and glory.

THE STORY
Those who tread the Road of Blades do so seeking glory in the eyes of the Dark Gods, or so Ahazian Kel believes. He is the last of his tribe, a Deathbringer, a fearless warrior whose path leads him to the dreaded Soulmaw, a forge-citadel and bastion of Khorne’s Skullgrinders, a place between realms. To breach such a fortress… the rewards could be beyond imagining, the power to determine your own destiny, but Ahazian must endure every trial of Chaos and prove he is worthy before he can become exalted.

It’s only day 4 of Advent we still have a long way to go!