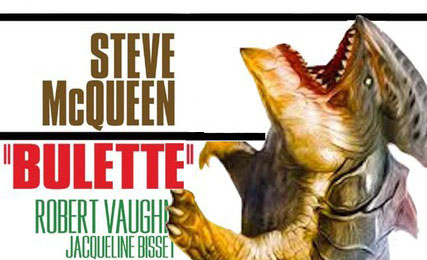 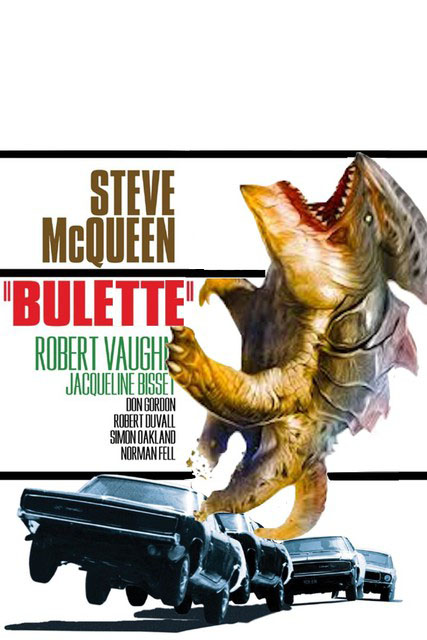 Rumbling through the earth, getting into high-speed car chases, this week Steve McQueen takes the spotlight in Bulette. 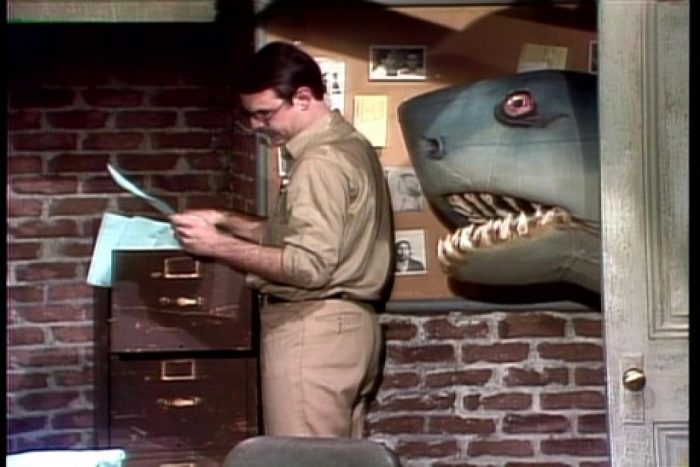 And what’s not to love about the Bulette? Not only is it a  really fun monster to fight (nothing like getting eaten and having to fight your way out 30 feet beneath the earth), but it also manages to capture everything great about D&D (and similar games) in one single entry in the monster manual. The Bulette (or Landshark) is a hungry, ravenous monster that is a serious threat to even a seasoned party of adventurers. It is also kind of goofy and a perfect way to get your players joking and laughing, even as they’re eaten alive.

That dual appeal is what makes D&D stand out as a game. On the one hand, it is a fantastic storytelling tool with detailed (sometimes overly complicated) rules that bring a fantasy world to life–at its best D&D is full of thrilling heroics and high adventure. On the other hand (and equally as important) it is fun to play D&D. Whatever edition you play, there’s a reason you keep coming back to the table week after week. And there’s a reason that D&D was inducted into the hall of fame. It’s fun to play it. And the humble bulette is one of the more fun monsters in the game. 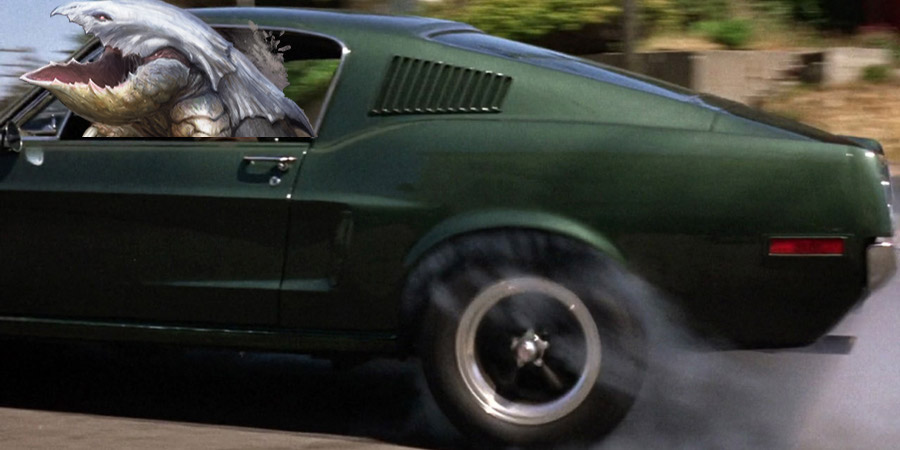 If you have ever thumbed through the Monster Manual or, maybe read one of the previous spotlight articles on Kobolds or the Tarrasque, you’ll know that many monsters from D&D have their origins in mythology. The Bulette is one of the few that does not. Although it does have a real-world counterpart, as recounted by Tim Kask (who was one of the original D&D playtester’s and TSR’s first employee):

“There once was an unknown company in Hong Kong that made a bag of weird animal-things that were then sold in what once were called dime stores or variety stores for like $.99. I know of four other very early monsters based on […] those silly plastic figures. The one that I chose was known in the Greyhawk campaign as “the bullet” (for it’s shape) but had only amorphous stats and abilities, not being developed. Gary told me to take it home, study it, and decide what it was and what it could do. He wouldn’t tell me what it did in GH. So I took it home, “frenchified” the original name, made it bigger in scale and made up the rest of that stuff.”

You may have seen it that same bag of toys. Or played with a version of it. As I recall the one I played with as a kid was supposed to be an “armadillo.” 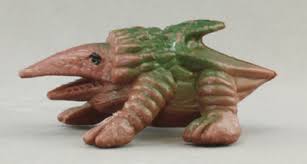 That same bag also gave us the Rust Monster, Umber Hulk, Owlbear, and a number of other creatures. So if you’ve ever been devoured by an angry owlbear and wanted someone to blame, now you can. I guess? At any rate, the bulette is an original creation for D&D and even back in its first edition days it was meant for messing with your players. 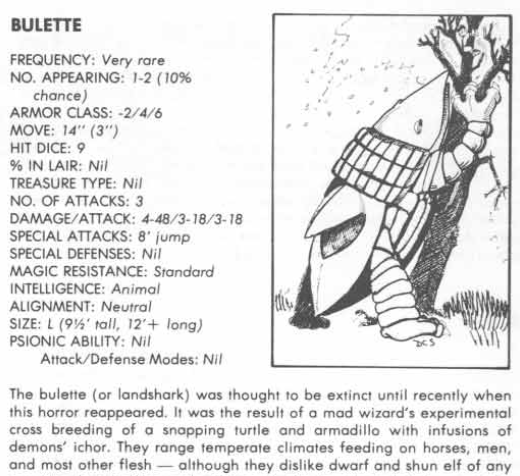 It’s easy to see the resemblance. Right down to the weird angle at the back and everything. Also worth noting is the tiny halfling that it’s managed to tree. Back in those days, halflings and horses were a bulette’s favorite meal, and it would go out of its way to dig halflings out of their burrows, or to grab the horses of a party of adventurers and run off–leaving them stranded in the middle of nowhere like an ’85 Yugo.

Here we see the bulette’s iconic abilities–it burrows through the ground, and when push comes to shove, is capable of leaping through the air at blinding speed to lash out with all four of its legs (the back legs do 3d6 each, if you’re wondering). Of course doing that brought with it a risk–the bulette’s soft underbelly was only AC 6 (gotta love THAC0), but it only raised it up when the fighting was intense. If you managed to defeat one, however, that same hardy armor could be taken to a dwarf and fashioned into a shield–1st edition was all about being decked out in the hide/armor/scales of your foes. 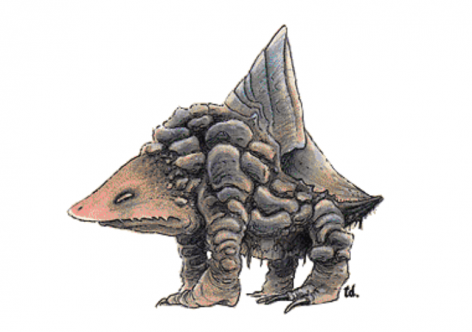 Second edition gave the bulette a more robust ecology. They expanded on its characteristics, and answered a few questions like: ‘how does the bulette find things underground,’ and ‘what happens if one lives near me?’* It also gave a few more theories as to the habits of the species, suggesting that they come from eggs or might bear live young (no one has ever seen a bulette birth), or that like carp, sharks, and dragons, bulettes get bigger as they get older (which is probably where the Dire Bulette entry comes from, but that’s a different edition).

The monstrous manual also provides one of my all-time favorite lines of descriptive text:

When it senses something edible (i.e., movement), the bulette breaks to the surface crest first and begins its attack.The landshark has a temperament akin to the wolverine–stupid, mean, and fearless.

And right there you have everything you need to know about throwing one of these monsters at a party. 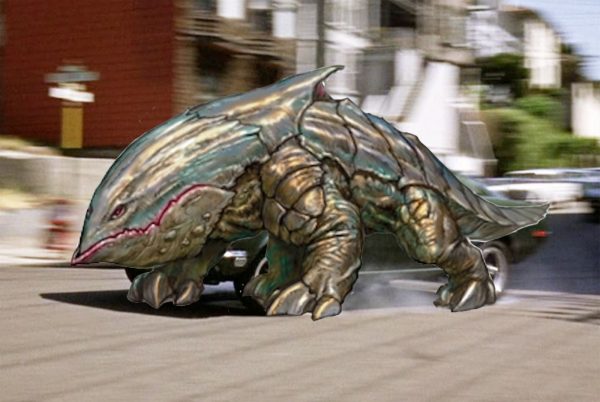 Third edition made the speeding bulette faster. Also better, harder, and stronger, with improvements to its armor class (they stripped away the corner-case vulnerabilities), increased sensory options (it can track by vibration, scent, AND see you in the dark, hooray), and it gained some hit points to boot.

Although, it should be noted, this edition also missed a big opportunity in that they didn’t give the bulette swallow whole (I did though. Every single time). Granted, people’s opinions on Swallow Whole in general are mixed, and you could argue that swallowing someone whole isn’t necessarily the smartest idea for a monster,** it does seem like this monster, of all of 3.x, is a natural fit for the ability. 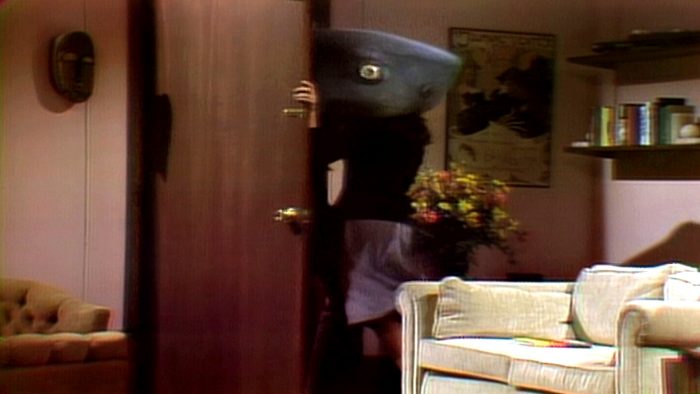 I mean, the idea of a landshark popping up out of nowhere, chomping down on someone, and then disappearing back beneath the earth really fits with everything in the previous descriptions. Still, even if you didn’t like customizing your monsters (we’ll just gloss over the time I gave a bulette barbarian levels), 3rd edition had some rather robust combat rules, which included specific rules for grappling your opponents. Indeed, knowing how to use them was an important part of running any encounter–grappling and attacks of opportunity could often make or break a fight, and coincidentally were the source of like 95% of rules arguments in this edition.

And even though a Bulette grappling meant dealing with an attack of opportunity, it had the biggest advantage a creature could have in 3.x, being big, which meant it was sure to grapple anything unfortunate enough to get caught up in its jaws.

The fourth edition bulette is my favorite one. While fourth edition had its problems, one thing it really did was give character to the mechanics of the rules. Where third edition made everything function within the same set of rules, and gave you the tools to play around with them, fourth edition was all about capturing the feeling of whatever monster you were fighting, and representing it mechanically. This is something Fifth Edition takes to heart (and is the reason that’s my favorite edition–I love the way they blend story and rules together), but I think that fourth edition took the bulette and made it cooler.

It made the bulette feel like a rampaging monster bursting up out of the ground with Rising Burst–an attack dealing 1d6+7 to anyone caught in the area when it rose up out of the ground. It gave some utility to its tunneling speed (creatures had to save or be knocked prone). And it even took into account the bulette’s effect on the battlefield, with difficult terrain representing the devastation left in its wake. 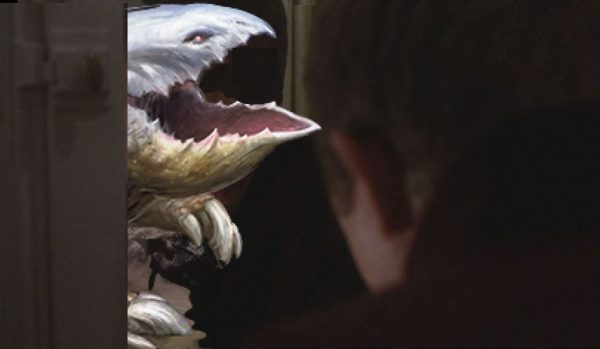 Fifth Edition’s Bulette is more introspective. It’s been through the slow-building tension of first and second, then seen things escalate in third edition into the fraught-with-danger-and-high-speed-car-chases mayhem that was fourth edition. And now it’s hanging up its pistol near a sleeping Jacqueline Bisset, and taking a look in the mirror after a long hard day.

The fifth edition bulette has realized what’s really important in life–a devastating bite attack, and a leap attack (sort of its signature move) that lets it knock down whoever it lands on. It’s a nice, flavor-driven mechanic that gives it both mobility and a combat trick that can help it turn the tide on unsuspecting adventurers.

And it knows that it’s gotta be able to move fast when the time comes. Now it has a 40 ft. burrow speed, up from the 10 ft. of editions past, and with fifth editions grapple rules (light though they are) they can drag foes off with them.

Since they burst onto the scene, bulettes have been winning hearts and minds. They’re a great monster that makes traveling through the world much more interesting. They’re perfectly suited to any occasion–especially if that occasion is an already ongoing fight. There is nothing quite like the looks you’ll get when a pair of roving bulettes pop up in the middle of a pitched battle between ogres.

Whatever edition you play, when it comes to burrowing monsters, these guys are number one with a bulette.

Tell us your favorite bulette stories, bulette facts, or spin the bulette wheel and leave a suggestion for the next spotlight. 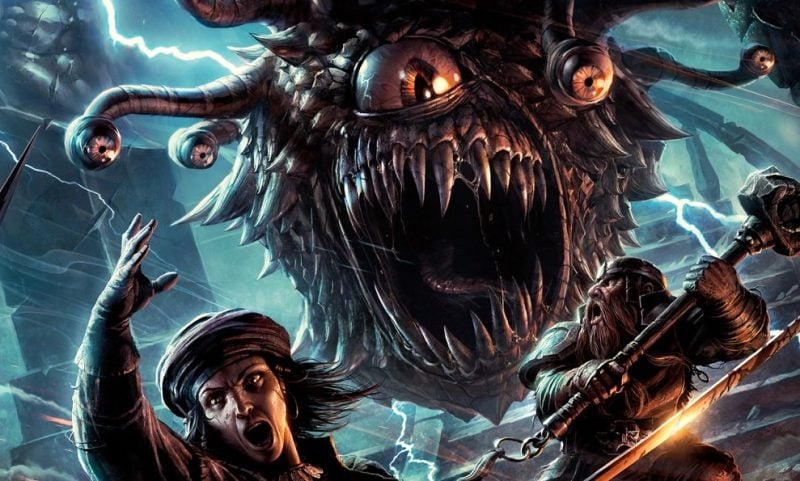