What happens when Paladins and Antipaladins meet? Find out with the new Sacred Oaths presented in this week’s Unearthed Arcana.

That’s right, it’s time to gather the ashes of the fallen, affix spikes to your armor, and convince the bard to learn Sad But True, because Paladins are getting two new villainous character options in this week’s Unearthed Arcana: the Oath of Conquest and the Oath of Treachery.

Each of these Sacred Oaths casts a dark pall on the traditionally righteous path of the Paladin. Let’s gaze deeper into the darkness…

Yeah, okay that’s a good start, but you’re gonna need like another ten spikes at least.

The Oath of Conquest

These are the paladins who understand that what is best in life is to crush your enemies, see them driven before you, and to hear the lamentations of their women. They brook no disobedience, and command considerable might. In fact, one of the archdevils counts many Paladins who swear this oath–called hell knights (hell knights!)–among his loyal followers. This is not a nice oath. And it is reflected in the Tenets of Conquest:

These ideals are also reflected in the benefits granted by this archetype. Starting with an expanded spell list that includes the likes of command, bestow curse, blight, and dominate person, the hell knight is given the tools they need to command loyalty and crush disobedience. They also gain the ability to use Channel Divinity to augment melee attacks with a fear effect at 3rd level, boosted by the 7th level feature: a menacing aura that makes foes who save against your fear effects do so with disadvantage. Couple that with immunity to charm and a 20th level capstone feature called Invincible Conqueror (with resistance to damage, an extra attack, and crits on a 19 or 20 I think it’s a fair name) and you have all the hallmarks of a brutal warlord–or at least a compelling anti-hero sort of paladin, who is driven to drive evil back no matter the cost. 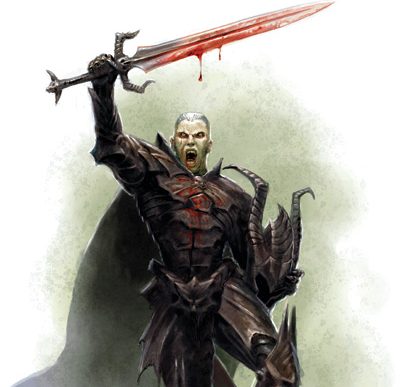 The Oath of Treachery

Here we have the Blackguard. Another prestige class reimagined for 5e. Now they’re all about treachery and deceit–and interestingly enough, this is specifically called out as another fallen paladin option. So it exists right alongside the Oathbreaker paladin mentioned in the dungeon master’s guide. So if you fall from grace (and some paladins have further to fall than others) this might be the path for you.

Let’s start with the Tenets of Treachery:

Yup. There aren’t any because, for Blackguards, oaths have no substance or meaning. So let’s look instead at what they do get. Starting at 3rd level, they get an expanded spell list that offers a number of duplicitous spells: charm person, invisibility, confusion, passwall… everything you need to get yourself into and out of trouble. The Channel Divinity options support this duplicitousness as well. Blackguards gain the ability to create an illusory double of themselves that they can move with a bonus action, cast spells from, and–as long as they’re within five feet of each other–gain advantage on attack rolls with. Pretty powerful for a Channel Divinity. They also gain the ability to coat their weapon in profane poison, adding an extra 2d10+level that they automatically roll max damage on if they have advantage on the attack.

And the rest of the class is all about gaining advantage. At 7th level you get an aura that gives you advantage against any enemy that has one of its allies within five feet, making you stronger against monsters with friends (or a party of adventurers, like the ones accompanying you, just saying, you should probably betray them all before they betray you, right? Yeah that’s what I thought). But much cooler is the second part of the aura–whenever an attacker misses you, you can use your reaction to force them to reroll the attack against one of their allies (within 5 feet, of course).

As a capstone, blackguards gain the ability to become an avatar of treachery, granting them invisibility, bonus damage on any attack roll they have advantage with, and the ability to dictate the next action of anyone who damages them.

So there you have it. A couple less-than-heroic options to try out. I think it’s interesting to see them paired up against the other paladin options, and I like that shades of grey are being introduced more and more. You don’t necessarily have to be a villain to use one of these (although it doesn’t hurt), but it makes playing the anti-hero a little easier.

And I’m always in favor of mechanics that help you tell interesting stories–and these definitely do that. So whether you’re conquering your enemies, or beguiling them to your side, be sure to check out the full article over at Wizards.

Check out the new Paladin Oaths

What do you think about the new options, or about people playing as darker/evil characters in general? Let us know in the comments below! 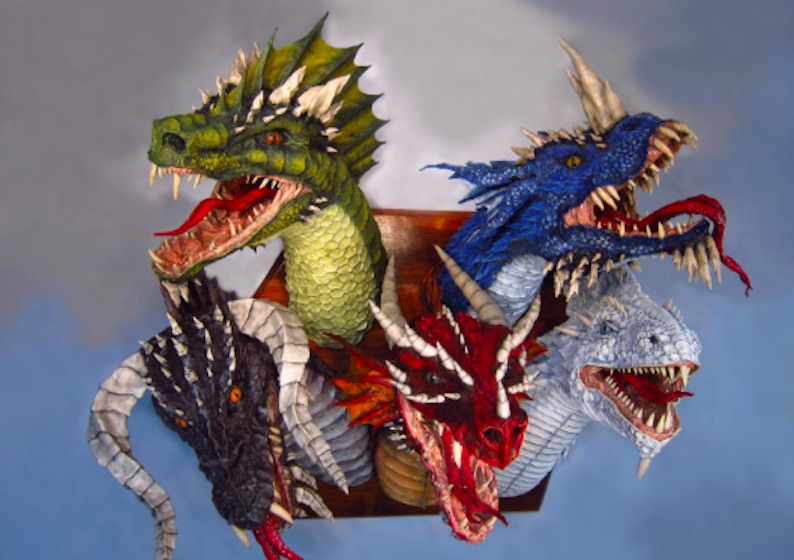