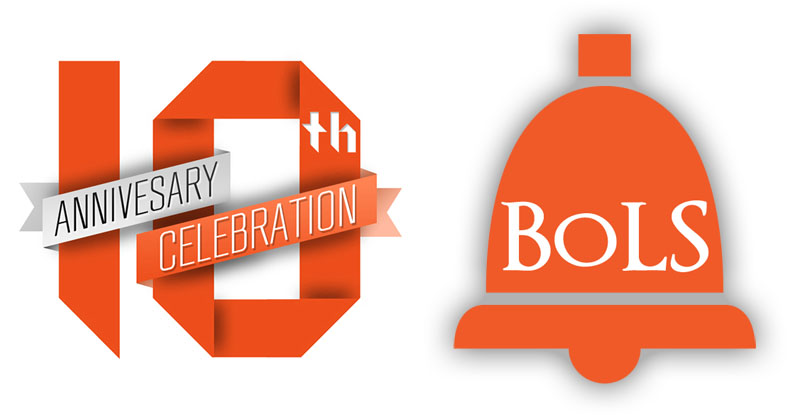 Today Bell of Lost Souls turns 10! Celebrate with us and take a look back through the years!

I can hardly believe it’s been TEN YEARS!  I’ve always been a gamer, starting with typical boardgames in my early years, advancing through Dawn Patrol, Star Fleet Battles, Car Wars, and D&D in my tweens and happening upon Games Workshop in my High School years.

My college and career path was in Fine Art and then I did my time in the video game and software industry for about 15 years. Through it all, the tabletop and physical games stayed with me.

I remember one day back in 2006 I said “I should start a blog”.  My friends said “what the heck is a blog“, then followed up with “but everyone’s on Portent.net – why bother“. 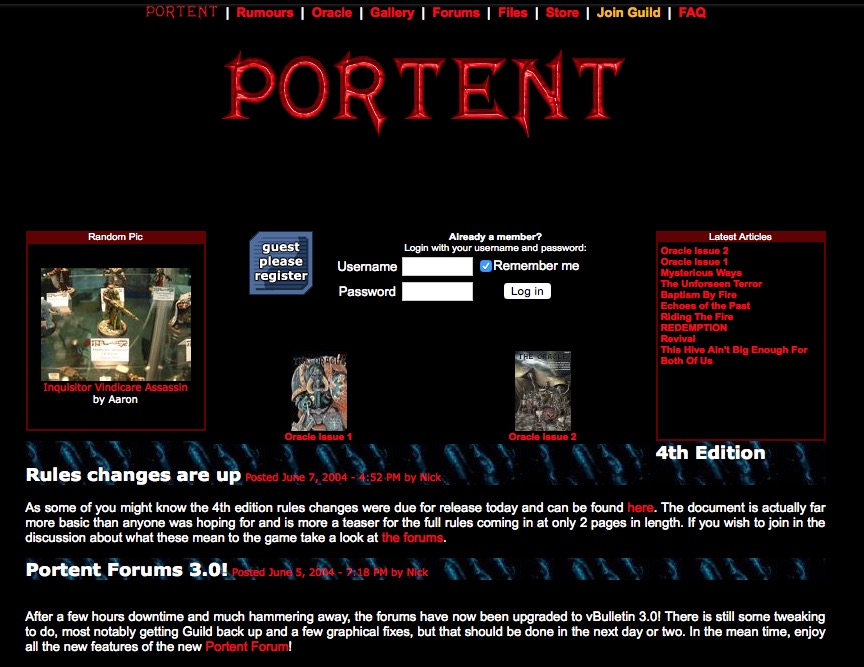 Back then there were seriously less than a half dozen blogs covering miniatures games.  I met up with the only two bloggers I could find in the US at an ancient Adepticon, talked shop, came back home and never stopped writing.

For those first 3 years BoLS was on Blogger.  We made the jump to a standalone site in 2009, and never looked back.  The BoLS Lounge Forums were added in 2009, then the Gamewire and Game Reel in later years.

Back when we first started BoLS posted about once every 3-4 days (I still can hardly believe it), but I kept at it and slowly more and more people started reading us.

In 2014 we brought Lexicanum, then d20srd and D&D Wiki in more recent times into our family. 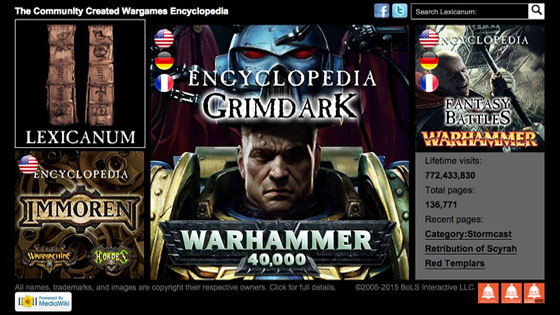 That little blog from 2006 has grown into a network of sites dedicated to what I’ve loved my entire life – the amazing hobby of playing games with friends face to face – in all it’s forms from miniatures wargames, to RPGs, to boardgames. Our staff has grown with it, giving you as much news, editorials, hobby and more that we can stuff into each day’s coverage. Today the BoLS network is read by 1.2 million unique visitors a month.

I would like to thank each and every one of you who visit and read us regularly.  You are truly the BoLS family and know that the entire BoLS staff have great things planned for the site and the network in the days, months and years to come.

It’s been ten years of BoLS, but it’s only the beginning…

Again thank you, and happy gaming!

Now let’s take a quick stroll through the years. 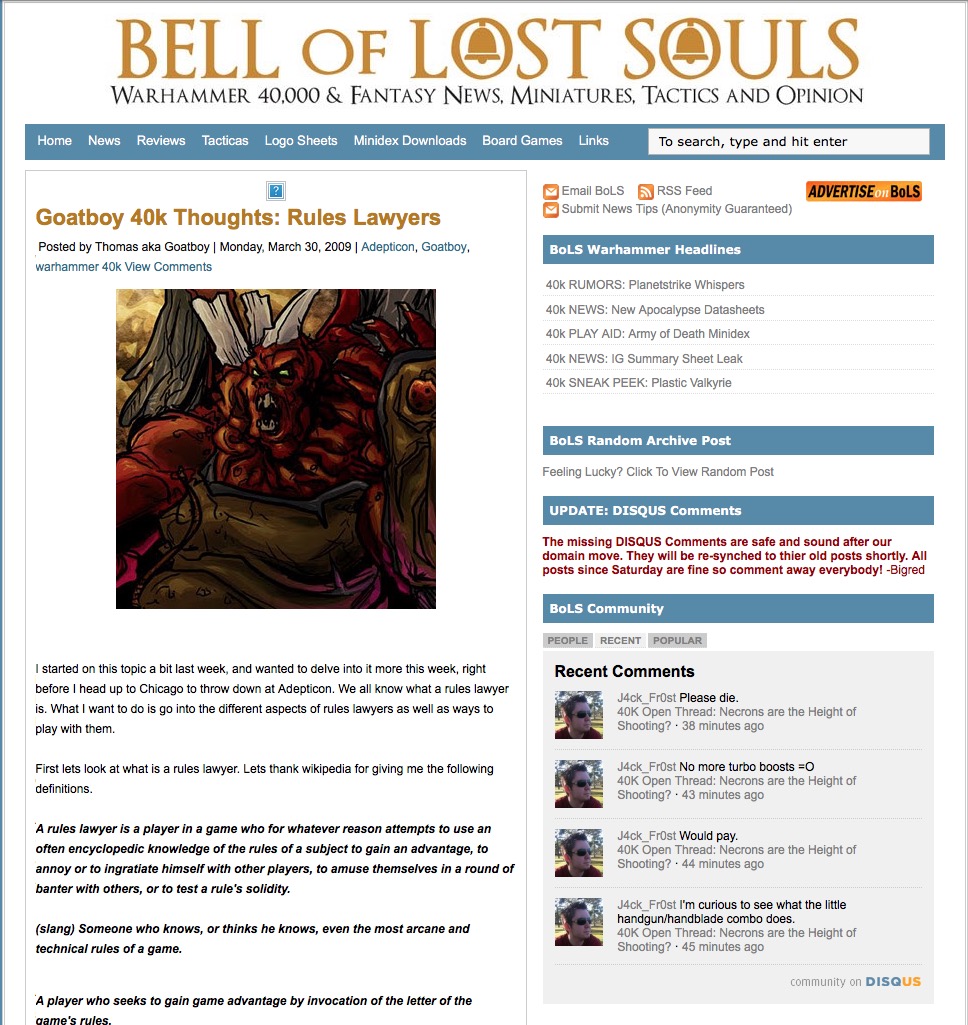 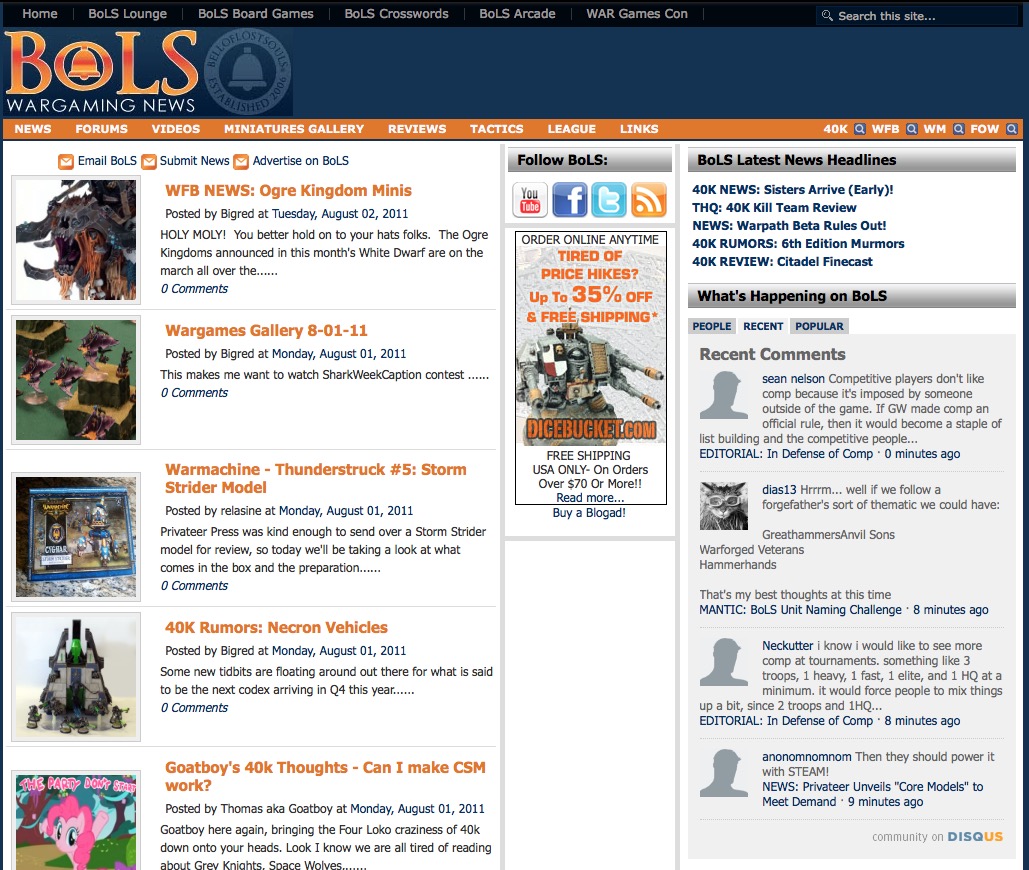 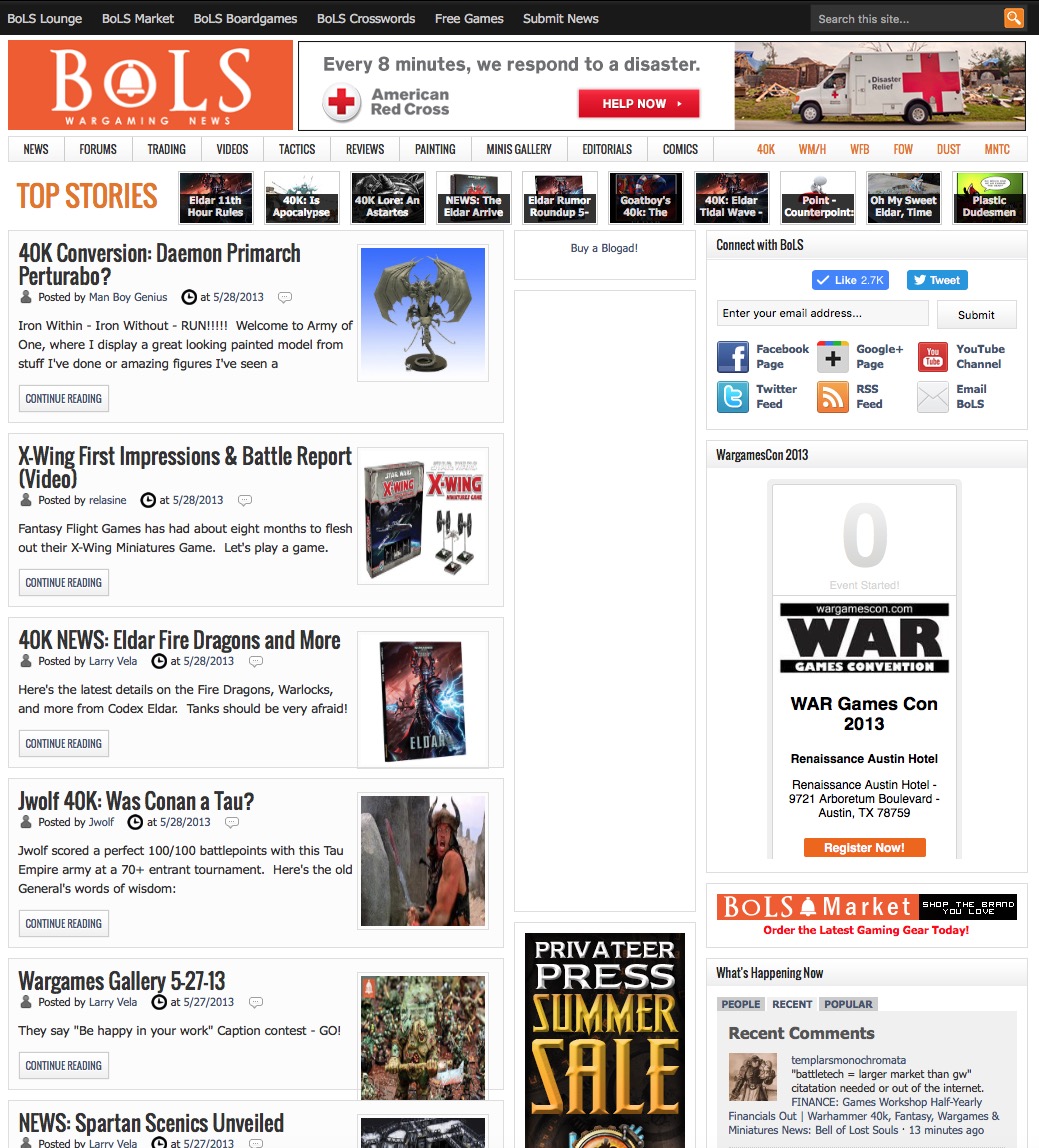 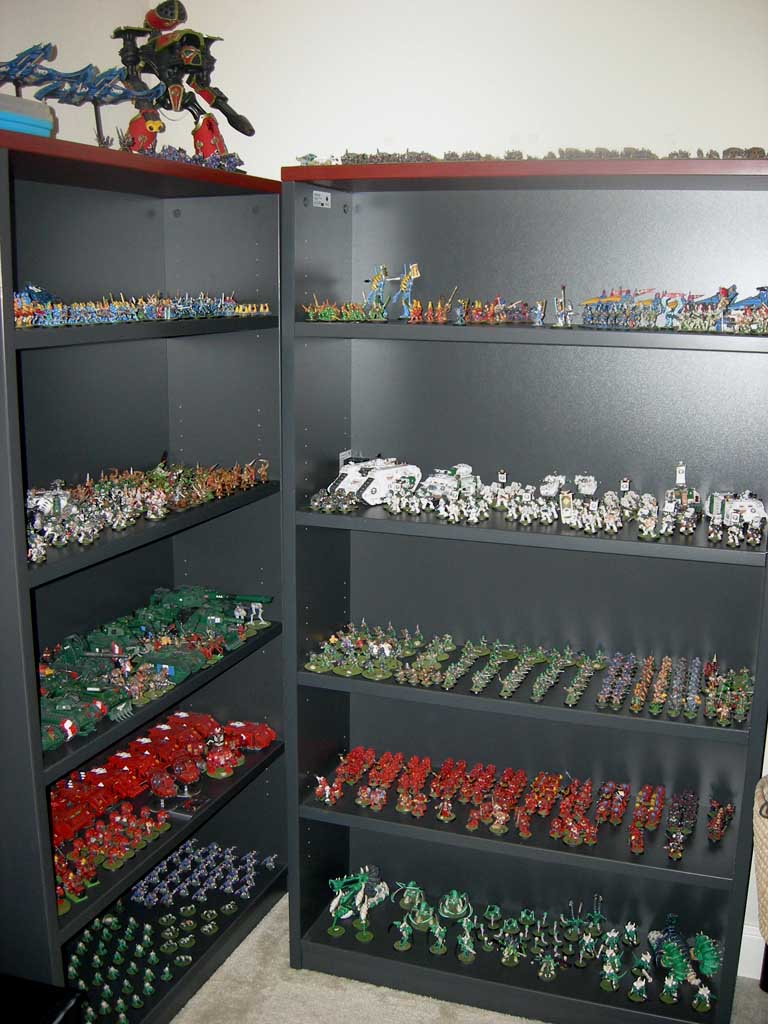 “Here is a shot of all of my armies. It turns out that almost 2 decades is enough time to put together and paint a lot of Minis.

From Bottom to Top:

Tyranids: This is a hodge-podged collection of nids ranging from Space Hulk to 2nd to 4th edition, unified by a single paint scheme. There are a couple of old Armourcast big bugs in there to.

Blood Angels: This is where it all began way back with my first minis ever, a box of RTB1 beakies. Some parts of this army were just painted this year, while some of the tactical marines have been fighting for the Emperor for more years than some players have been alive. Back then they weren’t the assault crazed nutters of today, but just the “red marines” from the original rulebook (thank God I didn’t decide to collect the Rainbow Warriors).

Imperial Guard: This was my 2nd army, and is a large collection of the old Rogue Trader plastics, that came 36 to a box, back in the days of Imperial jetbikes and Imperial beastmen. It has been modernized over the editions but still gets the job done. There is an old Armourcast Shadowsword superheavy way in the back.

Death Guard: My pride and joy. This is my newest army, built entirely from scratch within the last 2-3 years. I always wanted a white army as they are rarely seen on the tabletop, and decided to go with a Heresy-Era army for the modeling opportunities. With Loyalists on the right, Nurgle on the left, and custom decals all around, this is the army that turns heads at the local club.

Eldar: My 2nd true love. Some of these (the Guardians) are almost as old as the Blood Angel RTB1s. I’ve updated them through the years and am just putting some new touches and additions in now with the new codex. They earned me my most cherished compliment yet, with Jes Goodwin himself saying they very well done at Adepticon 2006. That right shelf is a bit empty as my current 2000pt list has been pulled. More on that list later.

~ Thank you all from the bottom of my heart.  I can’t believe what BoLS has grown into over the last ten years. We look forward to the future and will always be here day in and day out to bring you the games!