HeroClix: Clix It Up – The Riddler 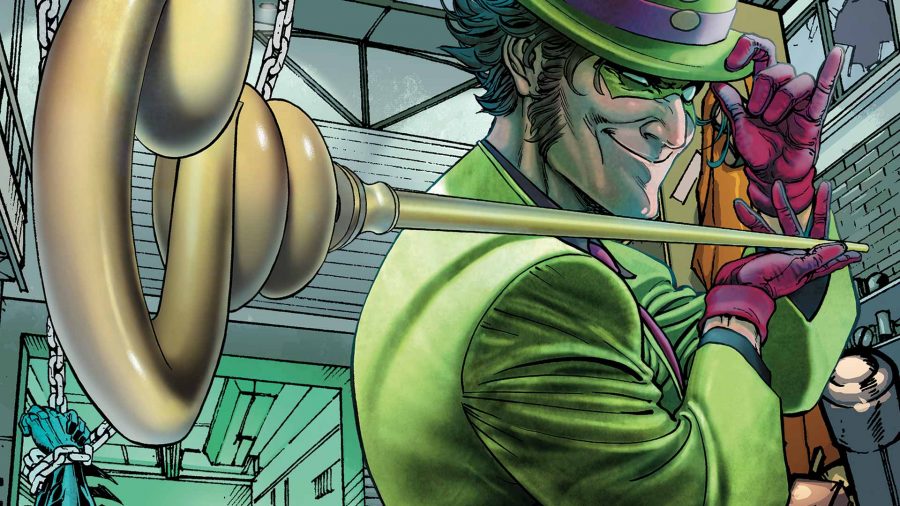 Clix It Up takes an in depth look at one of Batman’s smartest villains.

The Riddler has been a menace to Gotham since the late 1940s, and is one of the more enduring members of Batman’s rogues gallery. Though he’s known mainly for his high level of intelligence, he is adept at physicla combat – which comes in handy on the tabletop. Let’s take a look at three version of him that you’ll find in HeroClix…

The first version of The Riddler we’re looking at is the 051 Super Rare from the DC HeroClix: The Joker’s Wild! set. This version of Mr. Nigma is a 4-click, 50-point piece, and comes with a dial that has Stealth, Sidestep, Combat Reflexes, and Outwit. Where Eddie really stands out, though, are with his traits. His first trait, called This is How I Deal With the Bat, activates if a character uses the Batman Enemy team ability to replace their attack value with The Riddler’s. 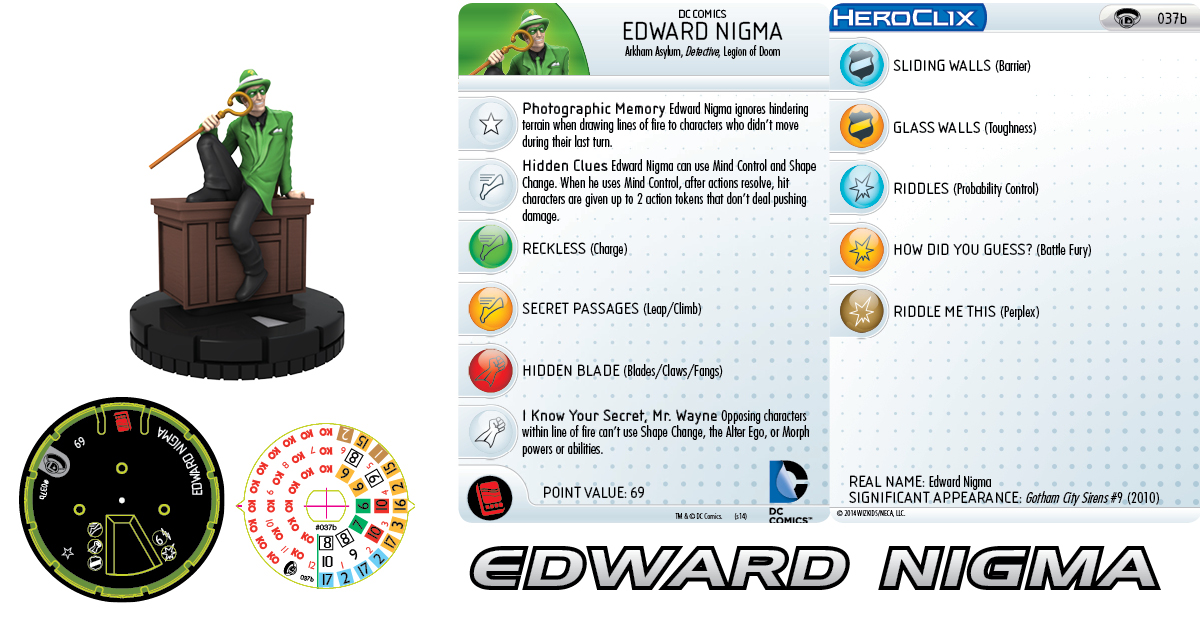 Up next is a version of Edward Nigma built to harass and control your opponent’s team. The 037b figure from the DC HeroClix: Superman and the Legion of Super-Heroes set is a Prime figure, and is truly antagonistic at 69 points. Over six clicks of life, you receive the standard powers Charge, Leap/Climb, Blades/Claws/Fangs, Barrier, Toughness, Probability Control, Battle Fury, and Perplex. On top of that, you get two special powers and a trait. 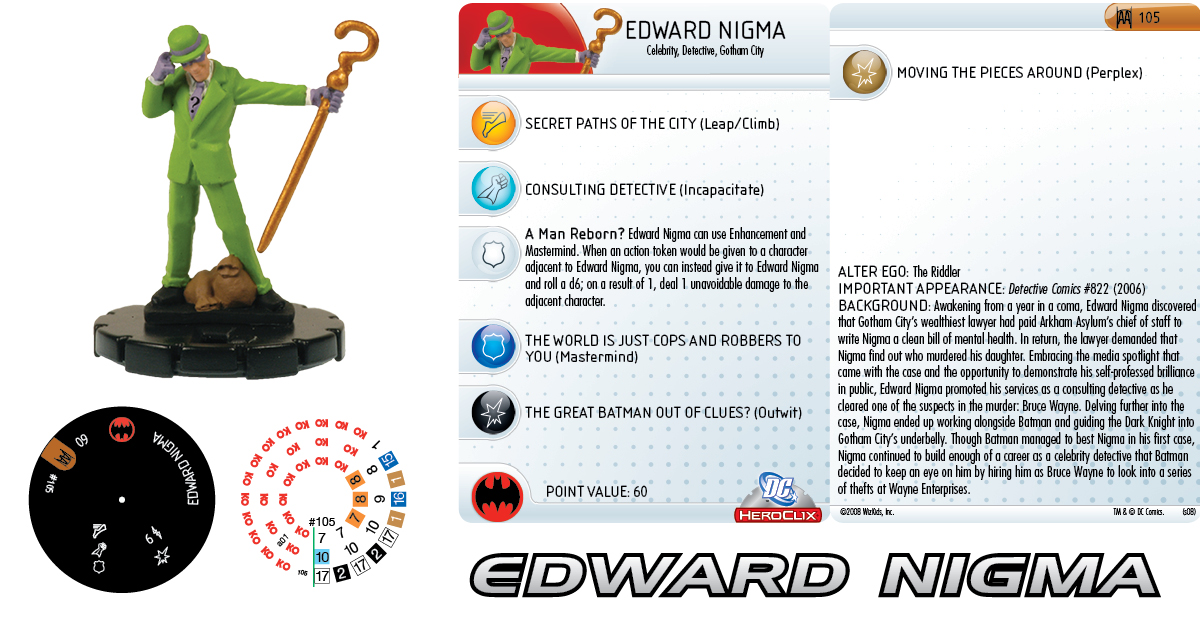 Lastly, we step back into the golden age of HeroClix with a figure from the DC HeroClix:Arkham Asylum set. A longtime staple of the metagame, the 105 LE Edward Nigma is one of the all-time greats. …where he really shines is in his special power, appearing on the first three clicks of his defense. A Man Reborn allows Edward Nigma to use both Enhancement and Mastermind – which is fantastic.

Check out More of the Nigma’s Stats Here