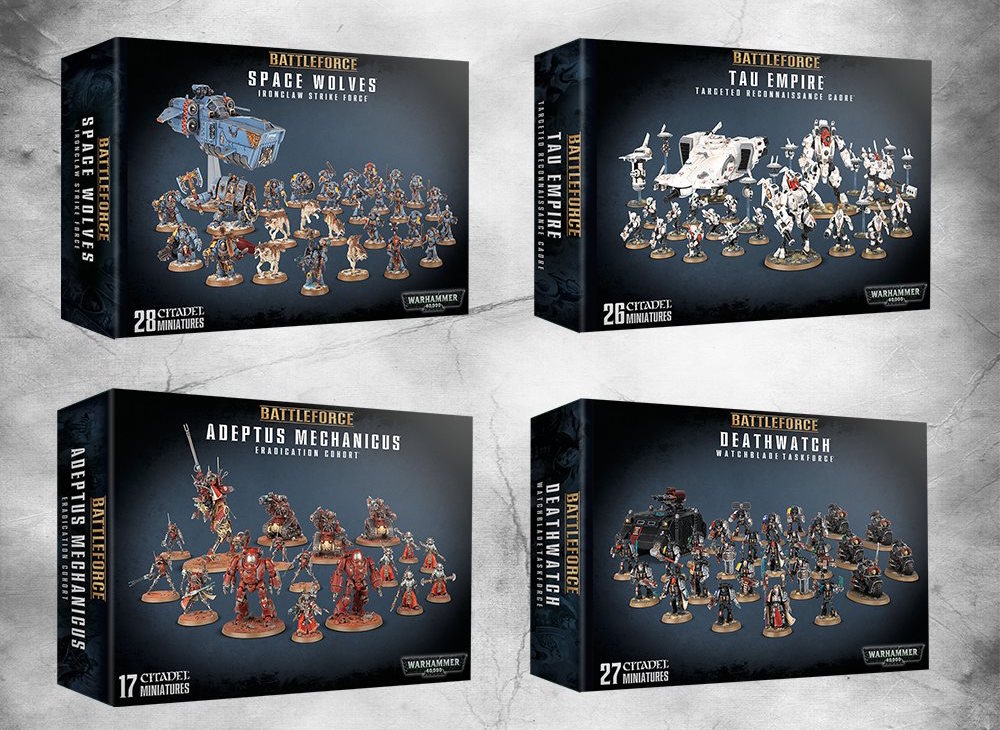 The Tabletop Spotlight is on the new Warhammer 40k Battleforces!

Our Friends at Dragon’s Lair Comics & Fantasy brought over all the new Warhammer 40K Battleforces and we take peek inside:

We focused on the Space Wolves Ironclaw Strike Force because out of all of the boxes it was the best value in terms of price vs MSRP. That said, all of these boxes are fantastic deals and are entirely playable armies right out of the box. Why? Because each one comes with it’s own special formation. We’ve covered both those topics (the pricing and the formations) already so we won’t rehash that here. But you can read those two articles if you’d like more information.

What I do want to address is some of the concerns folks have about what is actually in these boxes. I know when the price was first announced there was a lot of skepticism around just how they would be packaged. Well rest assured, just like the Start Collecting boxes these new Battleforces have ALL the same bits and sprues you’d expect. Thats right, Games Workshop did it again – they didn’t short change anyone. All 4 of these boxes are reboxings of the unit sprues into these larger bundles and cost less! (We checked.)

What that means is that if you wanted to buy the Space Wolves Battleforce as individual boxes you technically can. It would just cost you around $289.75 retail (that’s pre-tax). You’d end up with the exact same sprues but you would just pay over $119 more!

I know I said I wasn’t going to talk about the pricing but that’s really why these are such a good thing for players. If you were wanting to start one of these 4 armies now you can for 2/3 the price (or more) in most cases. I was excited about the Start Collecting boxes and I’m pumped to see Games Workshop continue the theme with these new Battleforces. I’m keeping my figures crossed that these will stick around and hopefully GW will expand into other factions too.

All 4 of these new Battleforce Boxes are out now as well as the 4 Age of Sigmar ones as well – just in time for the holidays. I know which box set I’ve been eyeing…Anyone else going to start a new army after Christmas?! 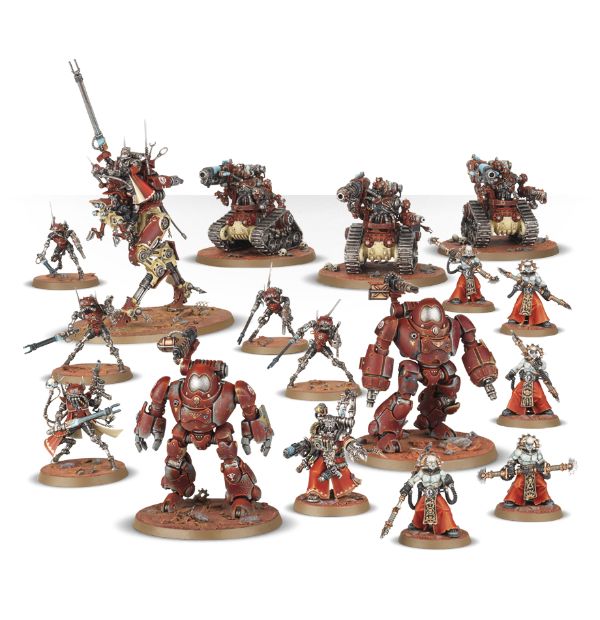 Purity in augmentation – the Adeptus Mechanicus, a horrifying, post-human nightmare rendered in metal and flesh, utterly without mercy in their endless quest to harvest information and technology for the Machine God. The morsels of data they find are analysed by their leaders and repurposed to make these footsoldiers of the Omnissiah an ever more efficient, cold army of ruthless killers. 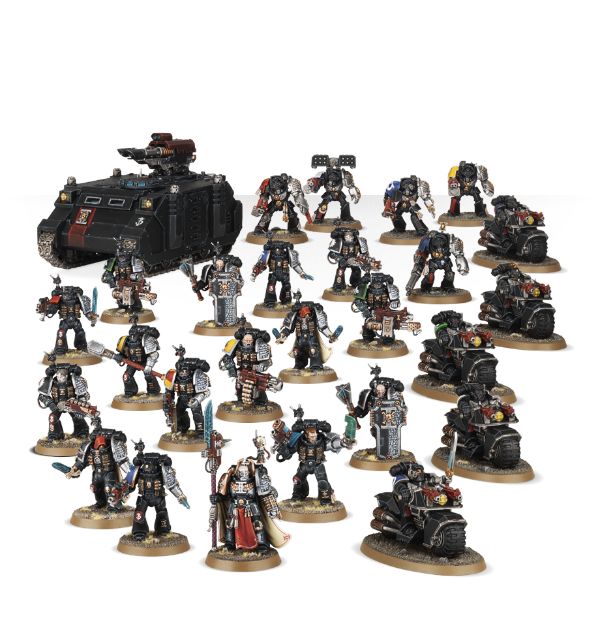 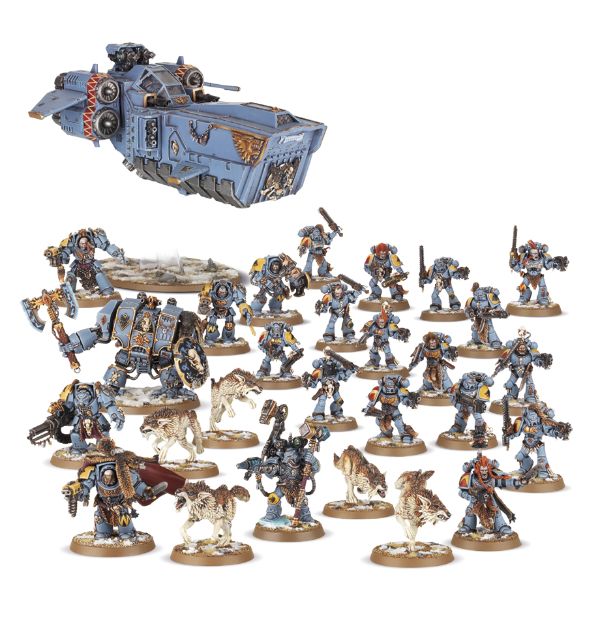 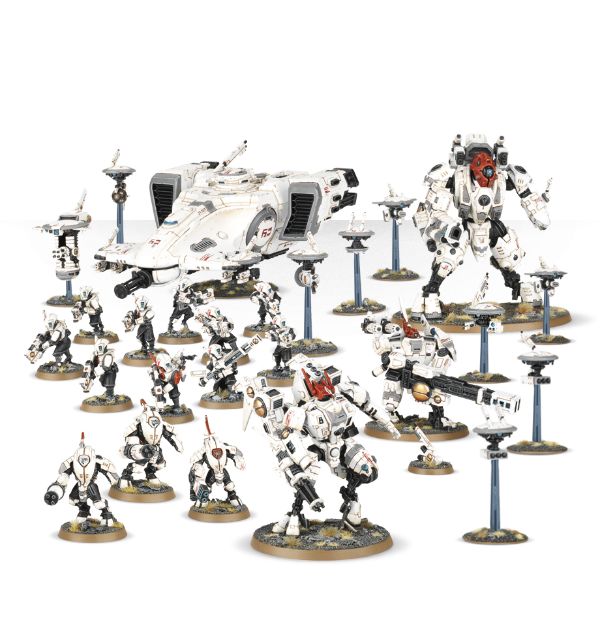 Using speed, genius tactics and overwhelming firepower to spread their message of the Greater Good across the galaxy, the Tau Empire is a race known for incredibly advanced technology. Fuelled by the absolute conviction that their cause is just, they bring enlightenment to all at the barrel of a gun. Join, or die.

If you’re looking to dive into a new army Games Workshop has you covered.