Hey everybody, Adam here, from TFG Radio, and today I’ll be talking about the XXth Legion, the venomous Alpha Legion.

As always, for more tactics articles, check out the Tactics Corner! 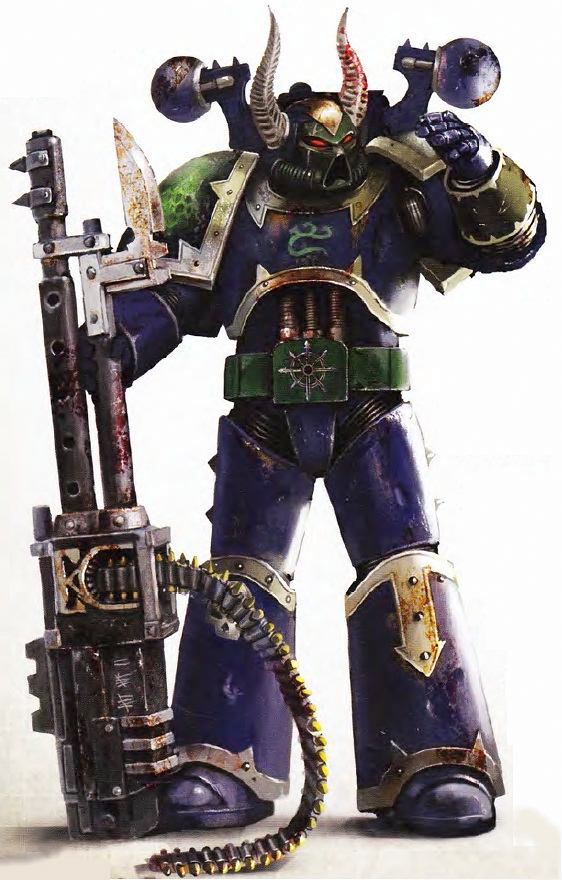 The Alpha Legion was one of the last legions whose primarch(s) was rediscovered by the Emperor. As a result, they were always trying to show that they were as good as older and the more established legions that had their primarchs for a while. They sided with Horus during the heresy, for reasons that only they know, and continue to cause dissent and insurrection in the Imperium to this day. This article will go over their rules and formations with the new book.

No access to the marks is kind of a bummer but fits current fluff. Even with no mark, their sorcerers can still summon daemons. I do wish that Games Workshop would have at least acknowledged their characters from Forge World as there is an Alpha Legion character that could be used as an HQ – Arkos the Faithless. I don’t think it should be a problem if you want to use him in this army.

Units in a Alpha Legion Formation/Detachment gain the following:

Getting some type of non-troop unit as troops seems to be the norm now with the legions and Chosen being troops isn’t a bad thing. This really only matters if you are planning to use a combined arms detachment (CAD). This is still useful as there are formats that only allow a CAD. One of the big things is that you get infiltrate for free for your troop units. This is pretty big as this allows you much more flexibility in your army’s options to movement and really helps with the next rule. The “Many Heads of the Hydra” rule is a new, fun way to troll your opponent. The ability to create a new warlord, when the first one dies, can have a huge impact on your game. It denies the “slay the warlord” victory point until all characters are dead. So, if all your character models are dead you have probably already lost the game.

I can’t see any of these warlord traits as anything but useful. Whether it’s infiltrating, stealth or making sure a unit arrives when you want, they are all good for the start of the game. Once the game gets going, however, about half of them are not as helpful. This is still one of the better warlord trait tables I have seen and, if enough guys are dying, you can still roll a suitable one during the course of a game.

All of the wargear for the Alpha Legion is very useful and, I think, costed appropriately. Giving cultists zealot is good, unless you want them to die. I’m not a big fan of the exploding 6 mechanic in generally but this make the Blade of Hydra good, fluffy and only AP 5 so not too overpowered. The two weapon artifacts are ok but don’t really excite me. the armor is good but no regular invulnerable brings it down a notch. The gem may likely be the Mindveil. Being able to move 3d6, instead of your normal move, is nice, but the real prize is being able to, basically, hit and run without rolling an initiative test, and you can do it every turn! The other benefit is that your opponent cannot consolidate, leave them, usually, in a perfect position for your heldrakes. 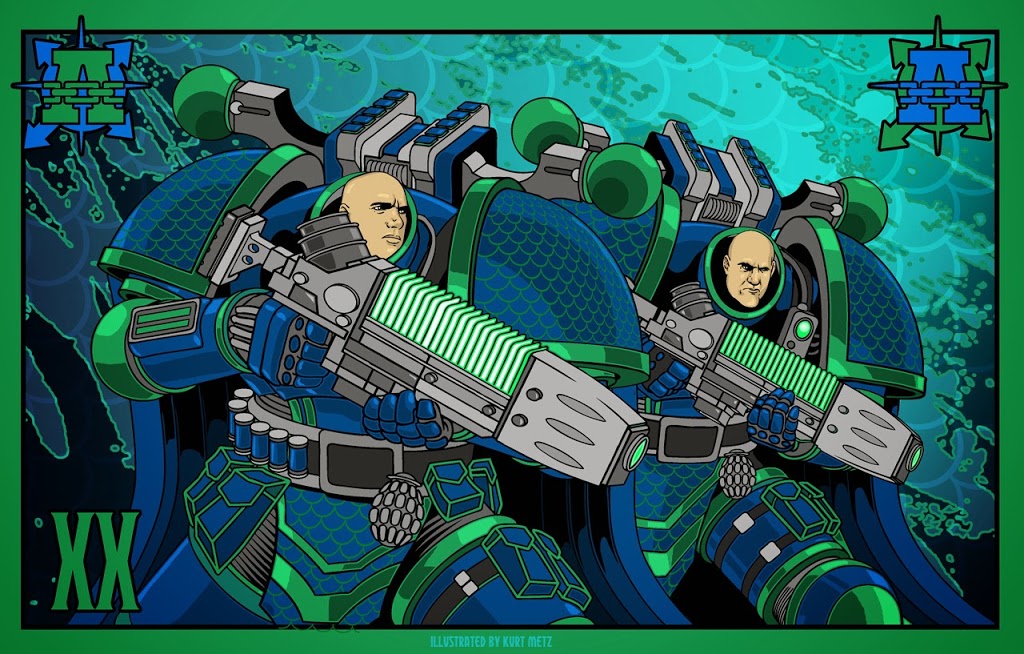 Next we have the Alpha Legion “Decurion”, so here is what we get.

Again, rerolling the Warlord chart seems standard and getting shrouded, along with stealth, can help give you a possible 4+ cover save in the open. However both come in a distant second to the Cult Uprising. This rule give you a NEW unit when the old one is destroyed. They do have to come on from your table edge but this is still really good as I will discuss it in the next section.

Unlike the Black Legion  “Decurion”, the Alpha Legion is able to take advantage of the objective secured special rule from the Chaos Warband. What you will probably see is the Lost and the Damned detachment along with the Chaos Warband. This detachment also has the Cult Uprising special rule as the formation but is worded a bit different. In this version, when a cult unit dies, on a 4+ that cult unit returns and is placed in ongoing reserves and outflanking. What this mean is that for every chaos cult unit that is destroyed, there is a good possibility that 2 will take it’s place. One from the “Decurion” formation special rule, on a 4+, and the other from the Lost and the Damned formation special rule, also on a 4+.  So, after destroying a unit, you could possibly be facing 2 more units coming in from 2 different directions! Add to that the Many Heads of the Hydra rule and you’ll never get slay the warlord no matter how many turns you play.

Overall I think the Alpha Legion rules are very fun and fluffy. I can also see them being a very frustrating army to play against and the troll potential is there with cultists that come back and a warlord that never dies.

~Well I hope you enjoyed this article. “For the Emperor”

Don’t forget to check out TFG Radio and listen to our podcast and check out our blog.

As always, share your thoughts in the comments section! And remember, Frontline Gaming sells Games Workshop product at up to 25% off, every day. You can also pick up some cheap models in our Second Hand Shop. Some of these gems are quite rare, sometimes they’re fully painted!