GW just put out a web exclusive bundle and formation. Take a look at the rules: 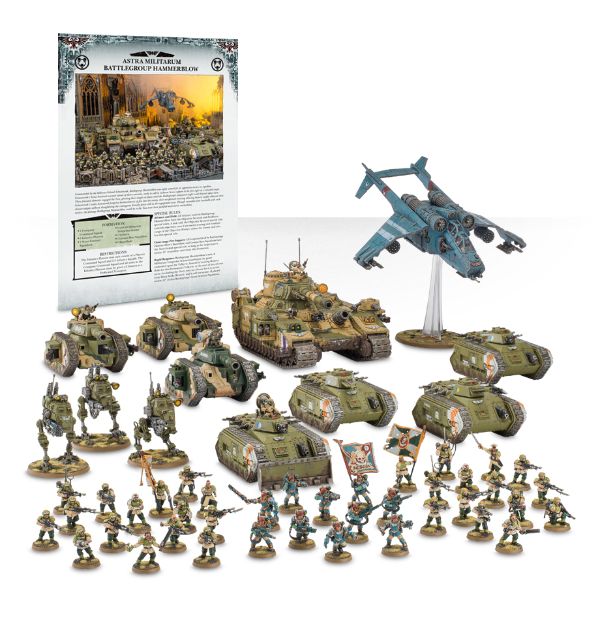 Appropriately named for their intensely aggressive tactics on Agrellan, Battlegroup Hammerblow were commanded by Colonel Schwarznek – a name associated with a desire for carnage. The Scout Sentinels roamed ahead of their comrades, calling in airborne Scion support at the the first hint of enemy presence. Once the Tau were engaged, the Hammerblow’s collective armoured might poured fire and hate in massive quantities onto the battlefield, damaging the Empire’s advance enough to justify their attrition.

*rules are in English only. 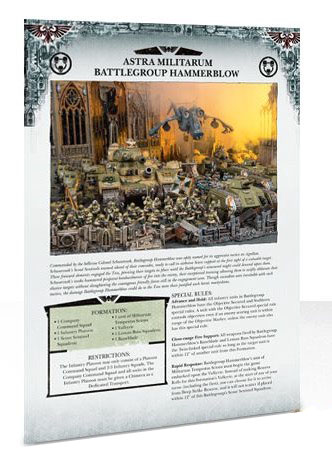 There was a lot of squinting in working this out, so there may be some small inconsistencies.

~ But will it be enough to stop Abaddon?

Author: Larry Vela
Dad, Gamer, Publisher, Pilot, Texan. All games all the time since junior-high. I started BoLS Interactive in 2006. I’m a lifelong tabletop & RPG gaming enthusiast, and internet publisher working to entertain and inform my readers every day. I've been playing RPGs and Tabletop Games since the 1970s. I'm been playing and covering Warhammer and Warhammer 40K for over 35 years.
Advertisement
Astra Militarum Rules Tabletop News Warhammer 40k
Advertisement