Well, it looks like we finally know what that mysterious “Labyrinth” product is. Tales From the Yawning Portal, due out in April 4th 2017 (March 24th in your local game store) is like D&D’s Best-Of album, featuring seven dungeons that have been given updated maps and stats, and remastered art. 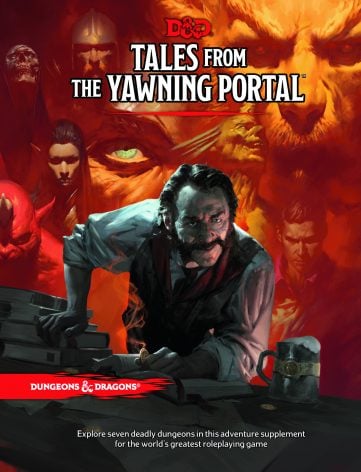 “There are many iconic adventures and stories in the 43-year history (!) of Dungeons & Dragons that current fans may not have ever experienced. If you just got into D&D in the past few years, you likely haven’t braved the Tomb of Horrors or climbed White Plume Mountain or fought Against the Giants. Even longtime fans haven’t been able to fully explore the Hidden Shrine of Tamoachan or the Sunless Citadel with stats and monsters updated for the fifth edition of Dungeons & Dragons.

Now you can jump into some of the most popular D&D modules ever created with Tales from the Yawning Portal. Releasing wide on April 4th, this 248-page book contains seven full adventures including timeless classics and more recent best-sellers like Forge of Fury and Dead in Thay, all completely updated and ready to run using the latest D&D rules.”

No word yet on whether there’ll be a secret B-side track–but, on the whole, this jives well with the recent move to have classic books available for print on demand. From what I’ve read, the whole thing is presented from the point of view of stories that have been told time and again in the Yawning Portal, an inn in Waterdeep (because they’re still going with the default Forgotten Realms setting) where the bartender Durnan is relating stories he’s heard from adventurers from across the multiverse.

The setup reminds me a lot of World’s End, with the idea of reliving stories being told from various realities all kind of condensing in one place. And the adventures they’ve gathered are a pretty good selection from across the editions. You have:

That’s enough adventure to (if you just wanted to run everyone through these dungeons) take players from 1-15th level. Or you could crib from the books and use the encounters in here–a lot of 3rd edition adventures had weird villains, like evil druids and duergar wizards and stuff, which make for great things to drop into your ongoing campaign. 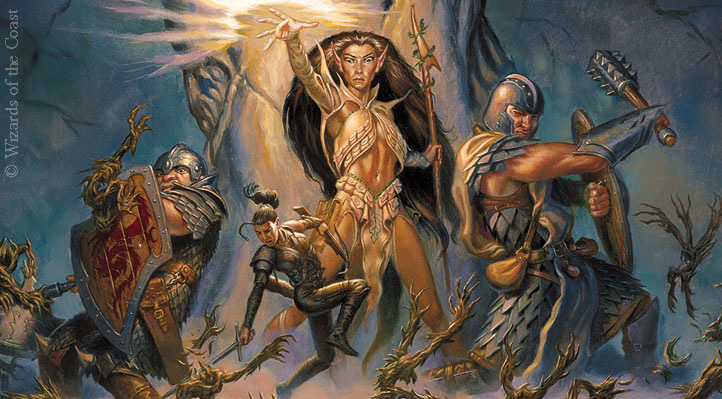 Or evil trees…man, 3rd Edition adventures got weird, you guys.

It looks like a pretty cool spread too. I’m interested to see if they include some of the non-adventure related info in the book as well. Forge of Fury stands out to me as it was one of the first places I learned “hey, here’s a great way to prepare for an adventure,” and that’s one of the more valuable things from the book.

The classic adventures in there are fun. White Plume Mountain, in particular, is a blast–and developer Mike MEarls has said that they’ve either updated or invented new monsters to keep these modules current. The only one I wonder about is Dead in Thay–I don’t know if you played that one, but it is very much a spiritual successor to things like the Tomb of Horrors. Still, I suppose you can’t fault them for including at least one current(ish) adventure.

All in all, this seems like something to look forward to. I’m hoping it does well enough that WoTC will release another group of remastered modules–I know I’d love to see Keep on the Borderlands or Sinister Secrets of the Saltmarsh given the 5e treatment.

Got a classic module you’d love to see revisited? Have opinions and/or feelings about this book? Let us know in the comments!

Think a D&D Movie is a Good Idea? Five Reasons You're Wrong