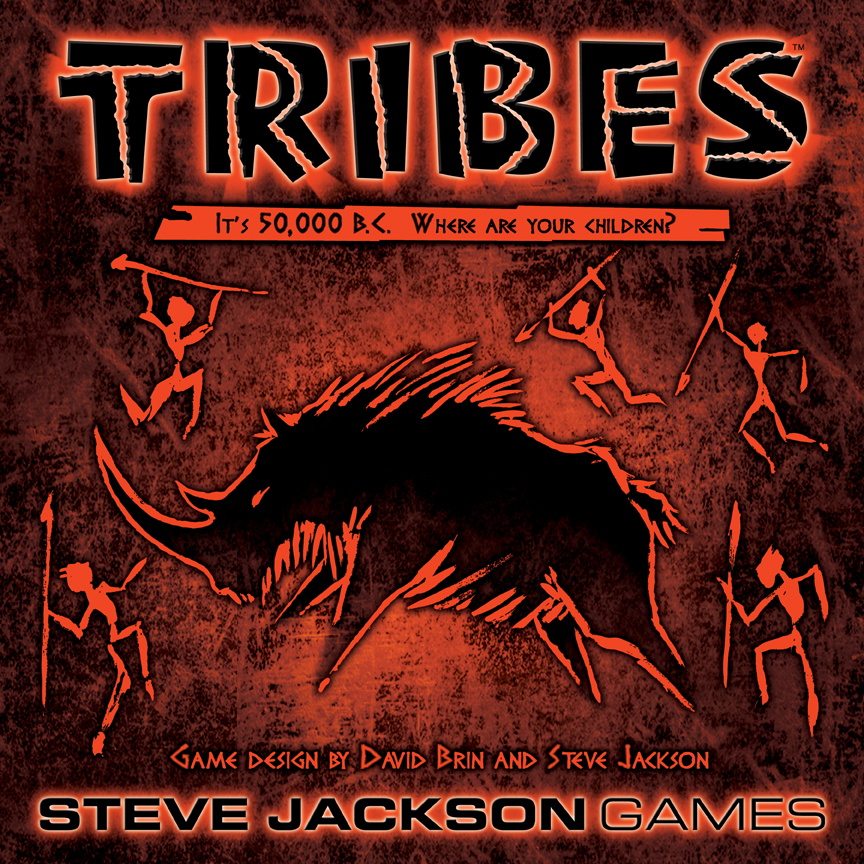 Can you survive the earliest days of man?

The Stone Age is now, and your children are the key to your future! In Tribes, the players are cave men and women. They hunt and gather food, make their tribal laws, and deal with natural disasters. But the object of the game is simple: Look after the children! In this game, the way to win is to have the most kids . . . and do whatever you have to do to make sure they survive. The players must know when to cooperate, and when to cut their losses and protect their own families. 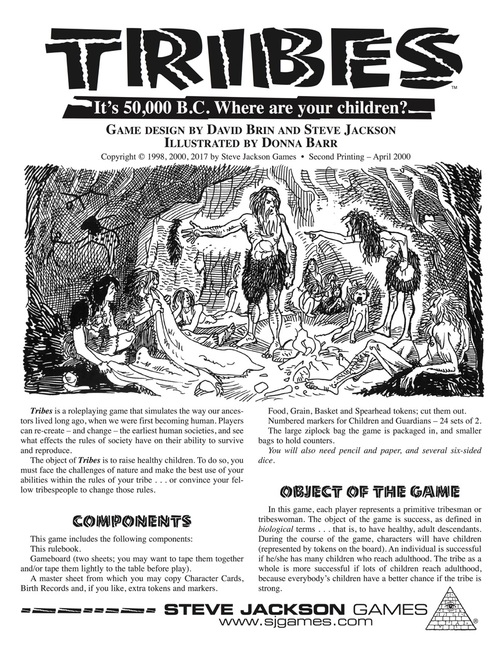 With a referee, it is possible to have several tribes at once (as many as 40 people can easily play in the same “extended” game). Each tribe will have its own laws and social pattern. The tribes can compete, trade, exchange people, or even make war on each other. Tribes has been an underground favorite for years. Designed by Steve Jackson and award-winning science-fiction author David Brin, it’s a roleplaying game with a difference.