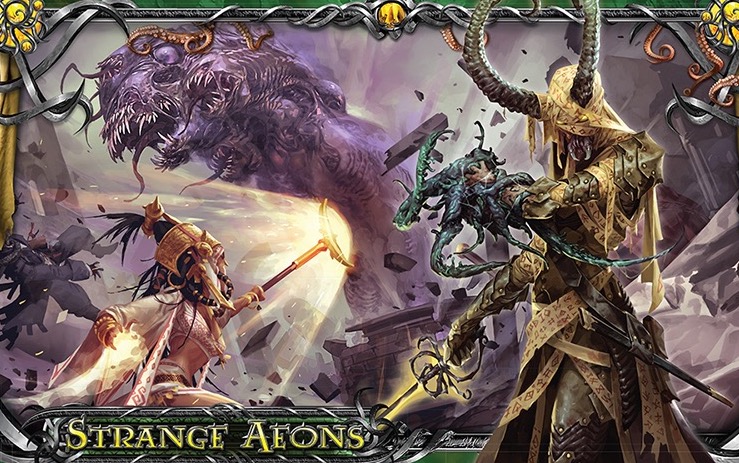 I can tell you without looking up at the sky that the stars must be right, because Paizo’s latest installment of the Strange Aeons Adventure Path is now in stores. Now players can continue the hunt for their erstwhile employer, while GMs can cackle with mad glee at the prospect of running a Great Old One.

So whether you’re looking to play the rest of the adventure path, or get some good insights (dark insights man was never meant to know) about what running a Great Old One-focused campaign is like, you’re bound to get more than you bargained for with this book. 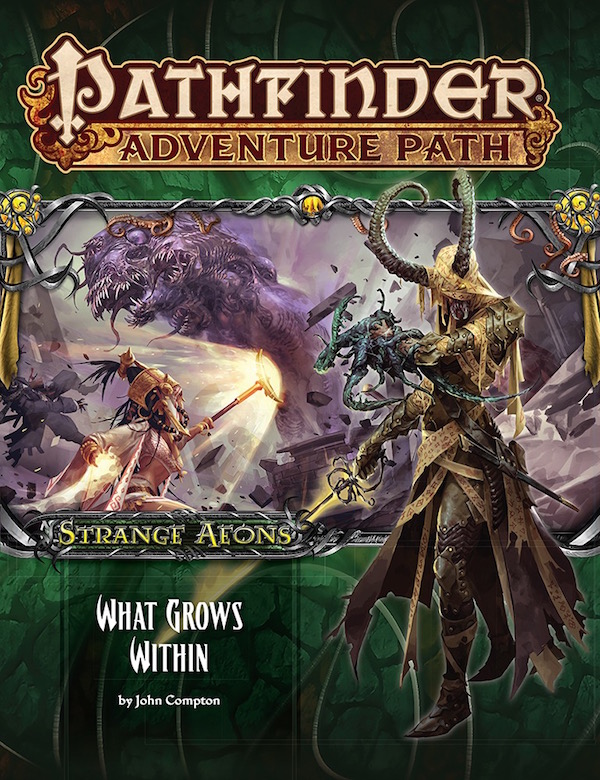 Chapter 5: What Grows Within
By John Compton

After finding the route to the lost city of Neruzavin, the adventurers must mount an expedition into the vast and deadly desert region called the Parchlands, where they hope to catch up to their treacherous former employer. They brave the deadly desert to arrive in an abandoned city at the edge of a lake where a Great Old One slumbers. The adventurers must track Count Lowls’s party, recover a vile tome, activate the city’s Star Stelae, and perform a powerful ritual that allows them to follow the Count to Carcosa. Along the way the characters must be careful they don’t wake the slumbering Great Old One or stir up the flying polyps sealed beneath the city.

“What Grows Within” is a Pathfinder Roleplaying Game adventure for 13th-level characters. The adventure continues the Strange Aeons Adventure Path, a twisted delve into madness that pits the heroes against the cosmic horrors of the Cthulhu Mythos. A selection of new monsters, details on the great old one Xhamen-Dor, a look at the Necronomicon, and the next installment of a new Pathfinder’s Journal round out this volume of the Pathfinder Adventure Path.